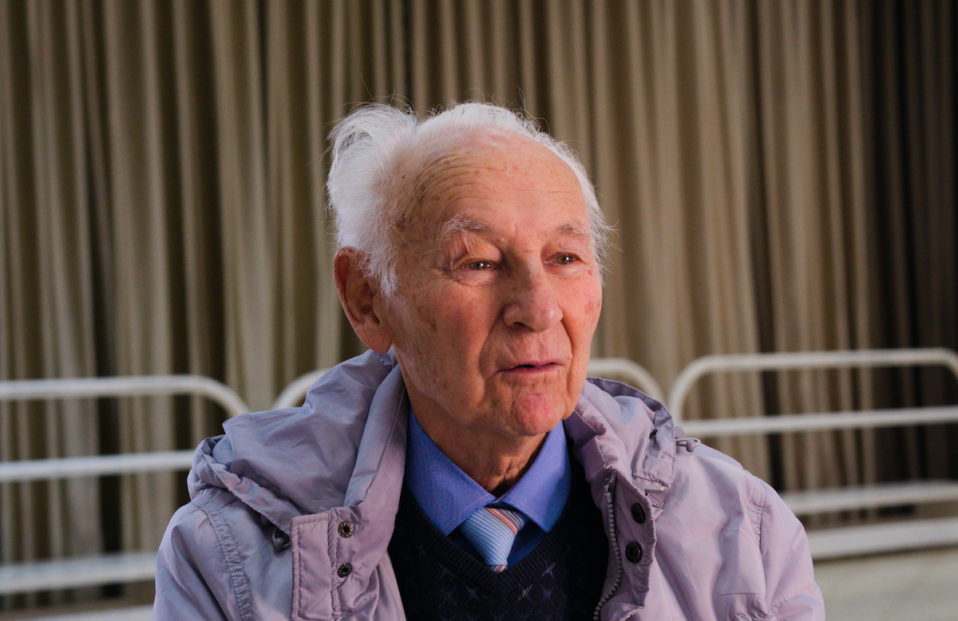 They thought the Nazis would never find them. In an isolated village in Ukraine, Fisher and his parents believed they were safe—until German troops came upon them in 1941. From then on, life became one horror after another.

The family was imprisoned in a squalid ghetto far from his home, and one day, Fisher saw his mother reach up to catch a piece of bread someone had thrown to her. But a Nazi soldier also witnessed that act of kindness and deliberately shot Fisher’s mother in the foot. Not long afterward, she died of the resulting infection, and the young boy was all alone.

His faith in Jesus as his Messiah sustained him during the harsh war years, and when the war finally ended, Fisher was determined to help Holocaust survivors wherever he found them. In 1994, he moved from Ukraine to Israel with his wife. From the moment he arrived, he sought ways to serve others. He found the ideal outlet for his wonderful gifts of compassion and encouragement—a community of other Holocaust survivors and World War II veterans.

Thanks to our caring CBN Israel partners, we are able to give Holocaust survivors, like Fisher, love and support, providing them with food, medicine, and friendship. He is so thankful and looks forward to celebrating his 90th birthday with all of his new friends!

Your special gift can deliver hope and compassionate aid to so many who desperately need our help in the Holy Land.

Your ticket for the: Holocaust Survivor: Fisher’s Story