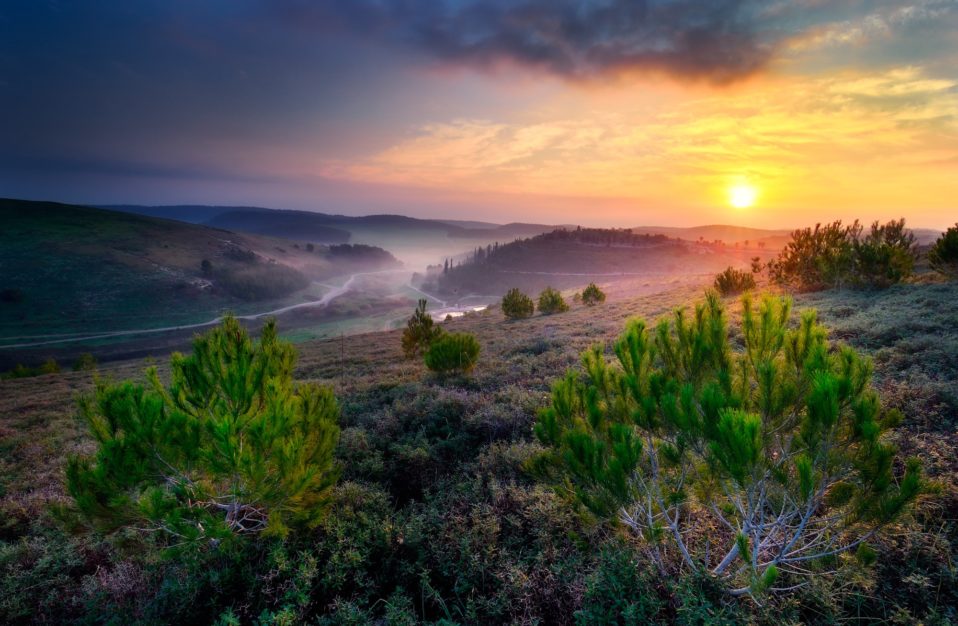 As discussed in last week’s column, in Numbers 12 we see God’s anger (directed at Aaron and Miriam) when words are used purposelessly to malign another person. In Numbers 13 and 14, we see a similar anger when the Jewish people commit a mass sin of lashon hara—this time against themselves.

This sin is known as the “Sin of the Spies” or the “Sin of the Scouts.” After two years in the desert, the Jewish people are poised to enter the land that God promised them. For reasons that the text leaves tantalizingly open to interpretation, Moses sends scouts to learn about the land.

These are among the important, interesting, and deeply instructive questions posed by the story. Our focus here is on the scouts’ return. They come back from their 40-day mission to the land reporting that while it “flows with milk and honey,” it is occupied by powerful people in fortified cities—including the Canaanites, the Amalekites, and others—who will surely prevent them from fulfilling God’s mission.

Moses does not say anything. He seems to suddenly realize that he made a catastrophic mistake in sending the scouts and letting them give their report without first knowing what they would say. And he must have known that the consequences of this mistake would infuriate God and have devastating consequences. He is stunned into silence.

But one man speaks up—Caleb. We know little, at this point, about Caleb. But what we know is deeply instructive. Caleb is the leader of the tribe of Judah and is the “son of Jephunneh, the Kenizzite.” The Kenizzites were a Gentile people whom Abraham met back in Genesis. Thus, Caleb was a Gentile who attached himself to the Jewish people, willingly tying his destiny to ours.

Caleb, upon hearing this report, “silenced the people toward Moses.” He is succinct in his reply: “We shall surely ascend and conquer it, for we can surely do it.” This statement, made by a Gentile, would become the first declaration of political Zionism.

The ten scouts with a negative report need a commensurate response. And they have one: “We were like grasshoppers in our own eyes, and so we were in their eyes.” These scouts were formally addressing those in their immediate vicinity—and, as the Torah is the great guidebook written “for your benefit” (per Deuteronomy 10:13), they were addressing us, as well. Why did the scouts believe that they couldn’t defeat the people they had just defeated, even with the unambiguous blessing of God? Because of their self-perceptions—as grasshoppers. Having conceived of themselves as “grasshoppers,” it is inevitable and perhaps automatic that their adversaries would, as well.  Caleb, they were saying, is wrong. They couldn’t “surely do it” and in the most real sense were right—in seeing themselves as grasshoppers, they would not be able to do anything remotely challenging.

This self-assessment is not only tragic, it is ironic. The Book of Joshua records the successful Jewish entrance into the land 38 years after the Sin of the Scouts and tells the story of a different group of spies—two people dispatched by Moses’ replacement, Joshua. These spies enter the house of a prostitute, Rahab. The King of Jericho finds out that there are spies in the land and traces them to Rahab’s residence. She hides and protects the spies, then tells the Jews that “a great fear of you has fallen on us, so that all who live in this country are melting in fear because of you.” She attributes this fear to the reputation of the Jews—specifically, how God “dried up the water of the Red Sea” when we came out of Egypt and how the Jews “completely destroyed” the kingdoms of Sihon and Og.

The sad irony is that, as Rabbi Jonathan Sacks points out, the Jews knew about their reputation long before the Sin of the Scouts! Immediately after the Exodus, the Jews sing the “Song of the Sea,” which recounts how “the peoples have heard; they tremble.” Four peoples, including the Canaanites, are specifically mentioned then as being afraid of the Jews as a result of the Exodus! Moreover, the Jews had defeated the Amalekites with God’s assistance well before the episode with the scouts. However, the Jews’ negative self-conception—and the fear that accompanied it—ensured that we would lose our courage, forget the most fundamental geopolitical and historical facts, and refuse to carry out our divine mission.

What a lesson for us! When we think that we are small and incapable, when we attribute weakness to ourselves and strength to our adversaries, we lose even our basic capabilities en route to making impossible the fulfillment of our most sacred responsibility: to do and to be what God intends for us.

Moses and Aaron respond to the grasshopper remark by falling on their faces in front of the entire congregation. Caleb and Joshua—the Gentile and the Jew—act. They tear their garments and address the congregation together. It is as rare in the Torah as it is in our world for people to say (as distinguished from sing) something together. But this was one of the most important moments in the history of the Jewish nation. Joshua and Caleb announce that the land is “very, very good” and that the Jews should “not fear the people of the land, for they are our bread! … God is with us. Do not fear them!”

A great speech, beautiful and true—but Caleb and Joshua get pelted with stones. Yet all is not lost. The Jews will enter the land, albeit decades later and without anyone from that generation—except for Caleb and Joshua. And today, we have a flowering emergence—quite possibly world-historic—of Gentile Zionists who love Jews, Judaism and Israel. As the Torah instructs in Deuteronomy 26, may the heirs of Caleb and the heirs of Joshua walk together without fear in all of God’s ways.

Your ticket for the: Torah Reading Commentary: Caleb, Joshua, and the Grasshoppers