U.S. Congress Gets it Right 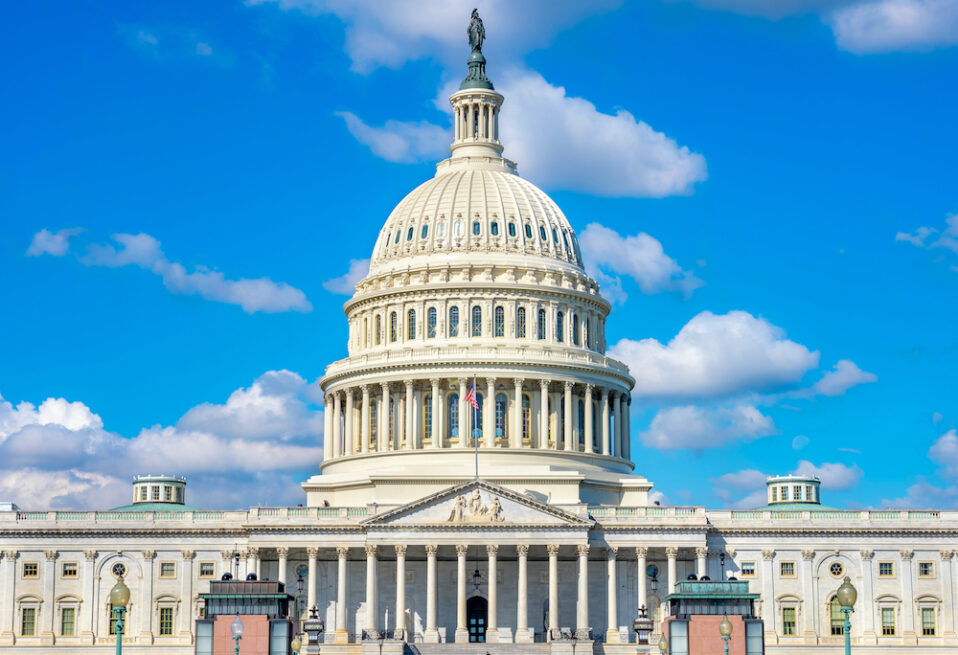 Imagine for a moment that the United States Congress fulfills a biblical promise in a tangible way. Lawmakers may not connect their legislative decisions to the Bible, but the Lord moves among them in what I call a “divine covert operation.” It is a fact—based on one of the most recognized Bible verses among Christians. It’s found in Genesis 12:3, where God promises, “I will bless those who bless you and curse those who treat you with contempt. All the families on earth will be blessed through you.”

The blessing? In late July, Congress authorized security assistance to Israel—$3.3 billion annually—until 2028. The bipartisan passage of Israel’s security aid package could not have come at a better time.

Each year, Congress considers approval of Israel’s security aid within the framework of a 10-year agreement called a Memorandum of Understanding (MOU). Although the U.S. has helped Israel since 1948 when it was reestablished into a modern Jewish state, MOUs were codified on a 10-year schedule as a helpful starting point for annual consideration of providing security aid to Israel. First implemented during the Clinton administration, the MOUs have continued to be upheld in the Bush, Obama, and Trump administrations.

Christians are grateful that God has bestowed blessings on our nation from its founding. The arrival of COVID-19 on our shores cannot erase God’s gracious hand upon the U.S. as a beacon of hope to the world. We bless Israel and God blesses us with a two-way street of benefits. One benefit is that Israel can continue as the “innovation nation” to bless the world with its myriad of critical discoveries. Among the thousands of ways these discoveries bless Americans, Israeli technology helps protect our airport security. Secondly, their investments in the U.S. translate into hundreds of thousands of jobs, due in part to 75% of our aid remaining here for American weapons manufacturers.

Is our security assistance a good investment? Absolutely. U.S. foreign aid represents only 1% of the entire federal budget—and Israel’s portion is just 6% of the 1%. Thus, it’s a bargain when considering our own security. Bound up in advanced weaponry, our aid means that Israel is like an “aircraft carrier” for us in the Middle East. It’s a reliable intelligence source from the only democracy in the region. Israel’s policy is that they “defend themselves by themselves.” They never want American troops on the ground, but our aid is indispensable since Israel faces growing perilous threats. Plus, our aid sends a message to terrorist-supporting Iran that the United States and Israel are united (they call us the “Big Satan” and Israel the “Little Satan”).

While fighting the coronavirus, Israel must still fight the terror virus. Hatred has exported the terror virus before and since the founding of the modern Jewish state. Golda Meir, Israel’s Prime Minister (1969-1974), is quoted as saying, “Peace will come when the Arabs will love their children more than they hate us. … Peace will come when an Arab leader is courageous enough to wish it.”

Imagine that you live in a nation about the size of New Jersey. Of its nearly 9 million inhabitants, 80% are Jewish. On three of your borders, enemies idolize the idea of murdering you and your family. Iran, the world’s most prolific sponsor of terror, funds its terror surrogates: Syria, on the northern border, now hosts tens of thousands of Iranian fighters including the elite Iranian Revolutionary Guard Corps (IRGC); Lebanon, also to Israel’s north, is controlled by Hezbollah with upwards of 200,000 missiles locked and loaded; and Hamas in Gaza on Israel’s southwestern border has fired thousands of rockets into southern Israel’s civilian population.

I’ve stood on the borders for briefings. On the Syrian border, I heard mortars pounding in the distance inside Syria. On the Lebanese border, I met with IDF soldiers in their tanks with Hezbollah’s yellow flags flying a scant 100 feet away. And I’ve stood at the fence separating an Israeli kibbutz just half a block away from the Gaza border. Stepping inside one of many portable bomb shelters for residents under attack, I could visualize their children huddling inside. That is Israel’s security reality.

Israel’s Government Press Office (GPO) released this statement on Monday when Prime Minister Benjamin Netanyahu spoke to the Knesset: “When the issue is security, we do not rest even for a moment. … We will defend ourselves against anyone who tries to attack us.” Israel cannot rest. The threats are imminent 24/7.

Join CBN Israel in praying for Israel’s safety and security:

Let us again recall the promise in Genesis: “I will bless those who bless you and curse those who treat you with contempt. All the families on earth will be blessed through you.” What a powerful alliance the U.S.-Israeli partnership continues to be. And what a promise it offers for the future!

Your ticket for the: U.S. Congress Gets it Right

U.S. Congress Gets it Right