Torah Reading Commentary: The Worst Jew in the Torah 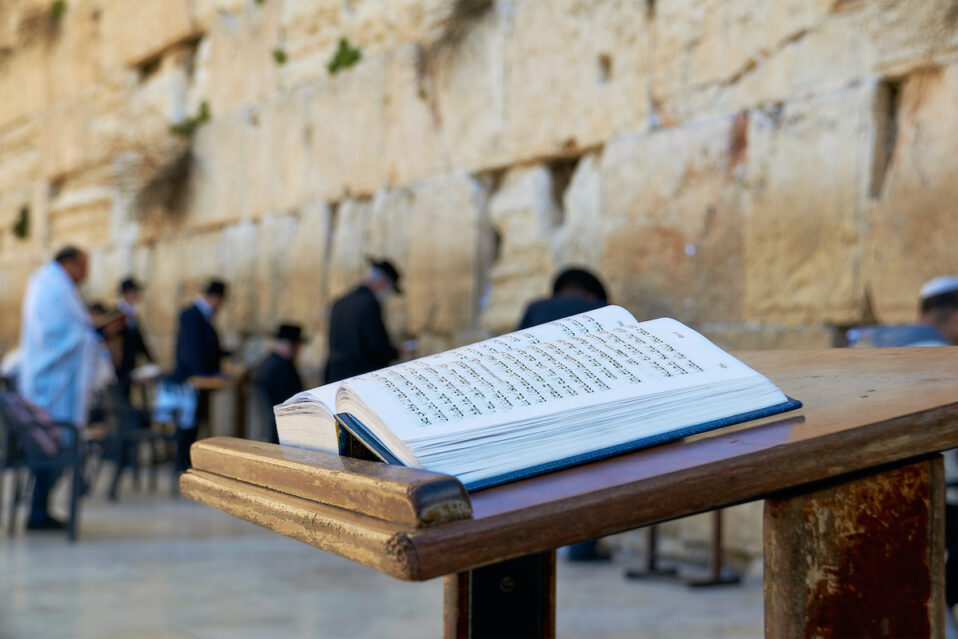 Who is the worst Jew in the Torah? This might seem like the kind of inquiry more appropriate for kids trading sports cards than for those seeking guidance and wisdom from the sacred book of Judaism and the fundamental text of Western civilization, yet it’s an important question.

One of the most interesting, instructive and useful Jewish teachings derives from a similar question in the Talmud: What is the most important passage in the Torah? This kind of exercise requires a variety of analytical disciplines, all of which help us to enhance our understanding of God’s Word. We must rigorously consider all of the contenders, and thus we have at least a working knowledge of lots of possibilities. We must thoughtfully identify the qualities that we believe earn the designation of best and worst and, as importantly, the emphasis that we place on each quality en route to deciding the winner or loser. And then we must be prepared to defend our choice against critics, who will invariably have informed and intelligent opinions that lead them to different conclusions.

In contemplating who the worst Jew in the Torah is, many realizations immediately surface.  When thinking about the worst Jew, we invariably consider who the best person might be. And when we think of the great people in the Torah (Abraham, Rebecca, Jacob, Moses, Miriam, and others), we realize just how flawed even the best people are. We also realize that there are Gentiles who would be in anyone’s top 10—certainly Jethro and Caleb, and perhaps King Melchizedek and Joseph’s Pharaoh. The Torah both shows and tells us that the ability to be righteous and beloved by God is available equally to anyone, and the Jewish designation as the chosen people is an obligation and an opportunity rather than a privilege or an inheritance.

We wouldn’t ask who the worst person in the Torah is because that is so clear—the second Pharaoh who, we learn in Exodus 1:8, “knew nothing about Joseph” and installed a regime of slavery and genocide. And some of the contenders for number two are Gentiles—the kings and the peoples (from King Balak to the Amalekites). But I am a Jew, and the Torah and all subsequent commentary emphasize the moral imperative of self-criticism. As Rabbi Yitz Greenberg said, “I don’t care what denomination you are with—so long as you are ashamed of it.” So, what Jew in the Torah are we most ashamed of?

There are many contenders. There are the 10 spies who subvert God’s will and deny all of the evidence around them. There are the people who express their ingratitude at being liberated from slavery in Egypt by wishing they could return. There are Joseph’s brothers who try to kill him, and there are the killers whose actions require a city of refuge. In fact, there are so many shameful Jews in our sacred book that a wise person once said that the Torah was obviously either written by God or an anti-Semite. No people would tell its own story this way—except the Jews.

Still, I believe that there is one clear winner (or, rather, loser): Korach. It is Korach who is the only person in the Torah that God causes to be “swallowed in the earth.” It is Korach whom ancient Jewish teaching accuses of optimizing divisiveness, portraying him as the epitome of someone who engages in an argument not “for the sake of Heaven.” It is Korach about whom the great first-century Rabbi Akiva says, “has no share in the world to come.”

Although he is universally reviled, Korach actually says very little. We learn at the beginning of Numbers 16 that he “separated himself” or “took himself”—but we are not told from what or to where. We are then told that he puts together a substantial coalition to “gather against Moses and against Aaron.” Korach says, “It is too much for you! For the entire assembly—all of them—are holy and God is among them; why do you exalt yourselves over the congregation of God?”

The fact that Korach’s words are few and seemingly positive invites us to ask: What is so bad about criticizing Moses and Aaron for failing to recognize that all the people “are holy”—especially given that the first and most important lesson from God about people is that we are all created in His image? And if we are all created in God’s image (and consequently holy), then wouldn’t it be at least acceptable to argue that Moses should better recognize political equality?

These are ancient and inevitable questions. We know that challenging authority is not the problem. In Genesis 18, Abraham challenges God when God threatens to destroy the city of Sodom. God changes in accordance with Abraham’s argument. In Exodus 32, Moses challenges God when God decides to destroy the Jewish people and start again with Moses after the sin of the golden calf. Moses tells God that if He wants to do this, to “blot me out of your Torah!” God relents.

This encouragement of challenging God is not limited to exalted men like Abraham and Moses. In Numbers 9, several nameless men tell Moses that it’s unjust that they do not get to celebrate the Pesach (Passover) holiday merely because they are in a state of ritual impurity. Moses appeals to God—who decrees Pesach Sheni (the second Pesach), which becomes a new holiday and the only do-over in the Torah. In Numbers 27, five young women come to Moses and all of the leaders of Israel and say that their late father, Zelophehad, was not in Korach’s rebellion. They say it is wrong that they, as women, are not able to inherit in the land and that they should be able to live the Zionist dream by preserving their father’s name in the land. Moses, again, appeals to God. God again agrees and changes the laws of inheritance and gender relations in accordance with their argument. In all four cases, God seems happy making the changes. And, of course, it is the delight of a parent who sees just how deeply his child has understood a foundational principle He has spent years trying to instill—even, perhaps especially, if the child demonstrates her internalization of the principle by suggesting that the parent change a practice to comply with it.

Why, then, does Korach’s argument against Moses send him deep into the ground and into the most ignominious place in the Jewish imagination? The answer is found in the contrast to the aforementioned examples. We know exactly what the nameless men and Zelophehad’s daughters wanted to change. And we know their reason: In both cases, the existing policy subverted the principle it purported to serve. Both the men and the women were arguing that their policy changes would more faithfully serve the principles of the society—and in so doing, strengthen it. And Moses and God, teaching all of us the meaning of humility, listen enthusiastically and change willingly.

But what does Korach want to change? We don’t know. He castigates the whole political system without mentioning any specifics. Korach’s complaint is not political but nihilistic. Politics require a reckoning with the intentional and potential unintended consequences of change, the assessment and calculation of often-tragic tradeoffs, and a thoughtful vision of the better society with a rigorously conceived plan of how to best move people and institutions toward it. Korach, through his blanket demand that the whole system be uprooted without anything approaching a coherent alternative, allows for none of it. As the great architect Ludwig Mies van der Rohe said, “God is in the details.” That is true in politics, relationships, business, architecture, and perhaps all human endeavors—in the Torah, and always.

The author of the Torah is not done teaching us eternal lessons. We will consider the second great teaching that derives from Korach’s statement in next week’s column—one that defines, perhaps, the essential philosophy of what it means to be a Jew in God’s world.

Your ticket for the: Torah Reading Commentary: The Worst Jew in the Torah

Torah Reading Commentary: The Worst Jew in the Torah