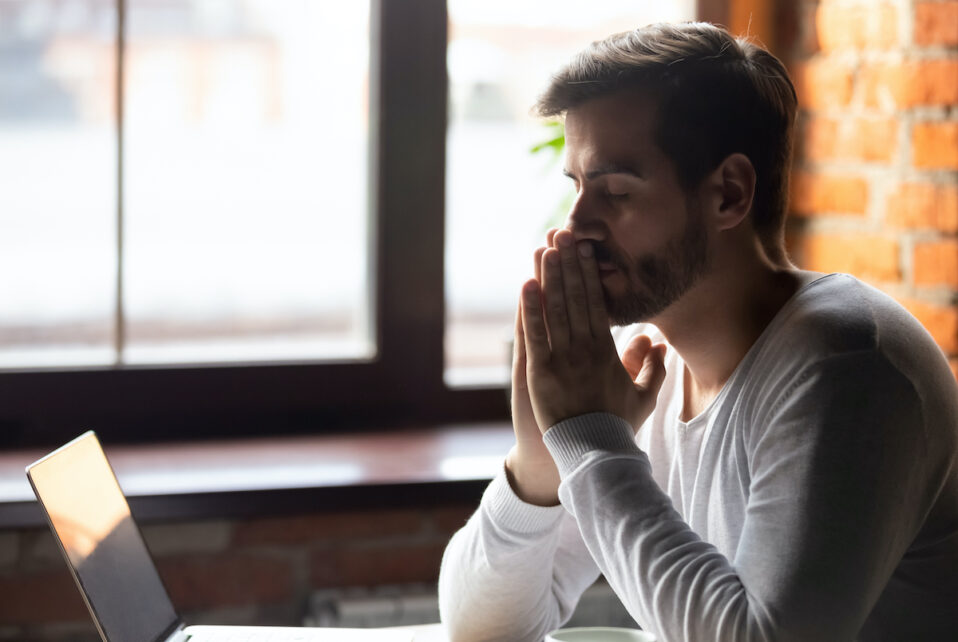 In Deuteronomy 11:26, God announces what might be the foundational statement of human responsibility: “See, I present before you today a blessing and a curse.” This is the great biblical assertion of free will. The word “present” in the Hebrew is in the present tense, and the “you” is in the singular. The responsibility is personal, and the opportunity is ongoing.

God’s great declaration of free will in Deuteronomy leads us to ask: What is the foundational decision for all of us, for all time? There are, as is common with Torah passages, many right answers—each true, none contradictory. But the one I would suggest is captured in a story about Rabbi Abraham Joshua Heschel.

Born in Poland in 1907, Rabbi Heschel narrowly escaped the Nazi death machine that killed much of his family and later moved to New York in 1940. In the United States, he wrote several seminal works, was a legendary teacher at two Rabbinical schools, and was an ally and confidant of the Reverend Dr. Martin Luther King Jr.

As Rabbi David Wolpe recounts, Rabbi Heschel was walking to synagogue one Shabbat morning in New York when he was stopped by a man who was not going to the same place. The man explained that he had no need to do so because he regarded himself as a good person. “I envy you,” Rabbi Heschel responded. “I don’t feel so good—I am always saying or doing the wrong thing, hurting someone by words or by silence. I need God, and I need prayer.”

Rabbi Heschel and the interlocutor were not, fundamentally, discussing synagogue attendance. They were discussing two views of what might be the fundamental question each of us faces: Is the moral life easy or hard?

The interlocutor thought that the moral life was easy. This view manifests itself when people say that all religions are really the same because they all boil down to treating others well. It is manifested when people select a verse from Scripture and say that a political position or even a philosophy flows naturally and purely from it. It is manifested in the position (stated or, more frequently, just lived) that the abundance of laws, rules and stories in the Torah are unworthy of one’s time and devotion. If the moral life is easy, then the Torah and all subsequent commentary are just an exercise in needless, if sometimes interesting, complication.

Rabbi Heschel thought that the moral life was hard. This view is manifested in Proverbs 3:6, which instructs us to “Know God in all your ways”—with the emphasis on “all.” It is manifested in the statement of Maimonides that “every human being should regard himself as if he were equally balanced between innocence and guilt” and that his salvation will be determined by his next decision. It is manifested in the belief that the infinitude of the Torah must be related to its purpose as revealed in Deuteronomy 10:13—“for your [our] benefit.” Accordingly, all of its complexity purposefully exists to guide us through difficult decisions.

The Torah itself addresses the question of whether the moral life is easy or hard through one word. In Numbers 16, Korach leads the most sustained rebellion against Moses—out of many. He stages this rebellion—or even revolution—by issuing very few words. He says simply, “You have taken too much! The whole community is holy, every one of them, and the Lord is with them. Why then do you set yourselves above the Lord’s assembly?”

His central complaint: “The whole community is holy.” It is a magnificently constructed sentence, as it leads right to the author’s intended invitation. Such a seemingly nice statement of religious egalitarianism, set against the fierce response in the Torah and subsequent commentary, leads one to ask: What could possibly be so wrong with it? And the answer, the Torah effectively says in interpreting itself, is: Everything.

In Exodus 19:6, God declares the seminal purpose for the Jewish people: “You shall be a kingdom of priests and a holy nation.” There is an existential difference between God’s “You shall be” in Exodus and Korach’s “is” in Numbers. In God’s construction, our purpose is to constantly be yearning, striving, working, and attempting to be that Kingdom of Priests and a Holy Nation—while never actually getting there. In Korach’s construction, we have arrived: We are holy.

The problem with Korach’s philosophy is revealed in his name. Korach means “bald.” On a bald head, nothing grows. And when one already believes that he is holy, there is no need to grow. When one believes that the whole congregation is holy, there is no opportunity for the society to improve. For building a politics around that philosophy—and for articulating it in a way that is so appealing—Korach is reviled in the Jewish tradition and is perhaps the worst Jew in the Torah.

One need not aspire to lead a populist and nihilistic revolution to share in Korach’s philosophy. Rabbi Heschel’s interlocutor, who was probably a nice guy on the Upper West Side of Manhattan, did—surely without knowing it. In believing that the moral life is easy—and that he had, consequently, mastered it—he rendered himself incapable of improvement. It is that improvement of self and of society that is the real “benefit” that the Torah, through the challenges, opportunities, subtleties, and consequences it surfaces, offers us.

The choice of whether to regard the moral life as hard or easy has implications that are political, societal, religious, psychological, and personal. If one regards the moral life as easy, then some of the most pleasant feelings are available and accessible—especially tranquility and satisfaction. The Jewish tradition has a lot to say about both. The late legendary scholar Rabbi Adin Steinsaltz, upon surveying the widespread criticism of the biblical Jacob for settling down to “dwell,” reflected: “God bestows many favors and gifts upon the righteous … but tranquility is not one of them.”

The late President of Israel, Shimon Peres, had an important insight as well. President Peres was a champion of Jewish innovation, as he saw the dynamism of the Israeli economy as the way to both prosperity and peace. When he was asked to name the seminal Jewish contribution to mankind, he had an abundance of medical, technological and political achievements to choose from. Yet this famously secular man had a very different answer—one that is religious in nature, even though he might not have identified it as such. He said, simply, “Dissatisfaction.”

Dissatisfaction: the result of believing that one has not and will never arrive, the consequence of recognizing that there are aspects of one’s personality and society that demand improvement, the effect of acknowledging God’s expectation that we show our love for Him in “all our ways,” the outcome of confronting the truth that every moment presents the responsibility to create a blessing or a curse, the inevitable disposition of one who believes that the moral life is hard.

Your ticket for the: Torah Reading Commentary: The Fundamental Question