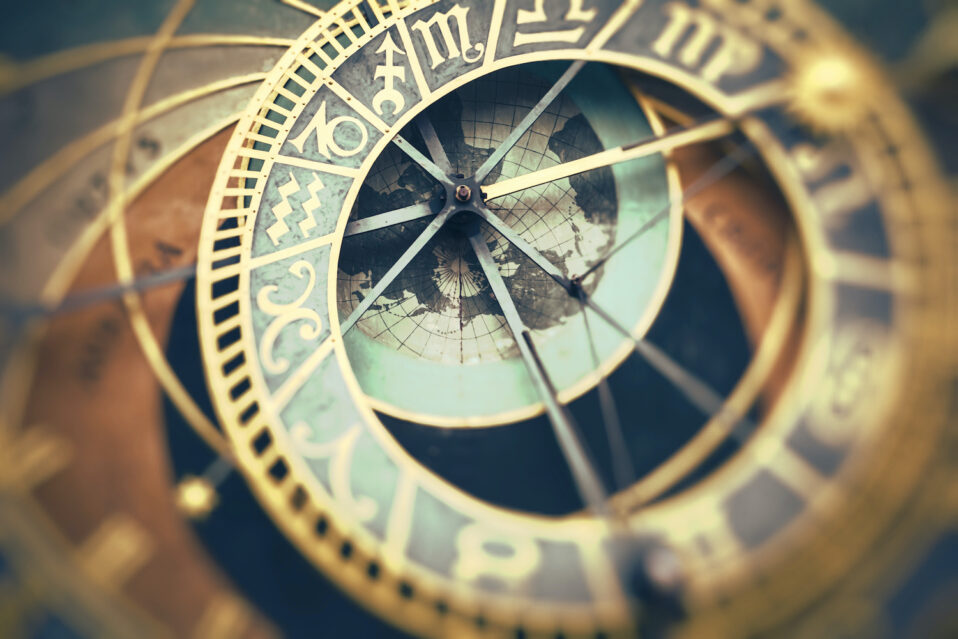 Jews and Christians are accustomed to think of God in conjunction with “love.” But the author of the Torah, who taught us to think of God this way, occasionally injects something that is discordant and thus causes us to consider deeply the source of and reason for this discordance. This is when the Torah tells us that God “hates” someone or something—particularly when that person or practice is obviously evil, like a murderer of innocents.

One of those examples is in Deuteronomy 18, when the Torah tells us that God “hates” the practice and practitioners of “divination,” including “an astrologer, one who reads omens, a sorcerer, an animal charmer…or one who consults the dead.”

There are forbidden practices in the Torah that we confidently say are of little relevance, at least in their literal sense. For instance, the prohibition immediately preceding the one about “diviners” concerns causing one’s “son or daughter to pass through the fire.” That prohibition, thankfully, has worked. But astrology has made up for it. In 2019, Vice magazine reported “We’ve hit peak astrology”—and there is plenty of evidence, from surveys to app downloads, that this is correct. The data is unambiguous that this popularity is universal, from secular millennials to adherents of every traditional religion. Indeed, it seems as though the one commonality among people of the most divergent philosophies is a belief in, and devotion to, astrology and other forms of divination.

Why? Why would people who profess belief in scientific rationalism and/or the sovereignty of an almighty God also rely on palm readers, tarot cards, astrology apps, and fortune tellers? Similarly, why would the belief in the latter be so persistent? It obviously existed in the time of the Torah and subsequently in the ancient world (despite the prohibition within Judaism and Christianity; the common Hebrew expression “Mazel Tov” does not mean “good luck” but “good constellation”) and, per Vice, it is more popular than ever today. The persistence of the belief in divination despite its religious prohibition, ignorance of any scientific principle, and immunity from any rational claim is so astonishing that it must have something profound to teach us.

I am not sure that I know what it is. Perhaps it is just that the future is a terrifying place. We all know that our lives could be transformed at any instant by disease, natural disaster, man-made catastrophe, the loss of a livelihood, the disappointment in a partner, or the sadness of a child. It could be later today or in many years that we face the ultimate uncertainty.

Of course, the future could also contain plenty of good things. But as animals conditioned by evolution, we are trained to be “loss avoiders”—which means, in the words of psychologist Daniel Kahneman, “The response to losses is stronger than the response to corresponding gains.” Even if the chance of a good event is equal to the chance of a bad event, we will focus on and prepare for (correctly or incorrectly) the bad event. It is no wonder that people are unified around their commitment to anything—even the most prohibited and ridiculous things—that could help them control or at least understand the terror that lies ahead.

So why would God, as we are told in the Torah, “hate” these practices? They are not necessarily opposed to any of the core tenets of ethical monotheism. One could believe, without any contradiction, that God is the ultimate and only sovereign and that He, by exercising His omniscience and omnipotence, dictated the future in our palms and His stars.

However, there is a significant contradiction, and it is not only logical—it cuts to the very nature of God’s project in the world. God may be omniscient in that He knows everything that we are doing, thinking and feeling, but the God of the Torah gives people—most importantly Abraham and later Moses’ Pharaoh—“tests,” indicating that God does not know what people will do. In fact, the God of the Torah is often surprised—at Jews who worship the Golden Calf, at spies/scouts who produce a negative report of the land, at the daughters of Zelophehad who demand to be able to inherit in the land, and at nameless men who tell Moses that their inability to celebrate Passover just because they were in a state of impurity is unjust.

In each of these instances, God changes. After the Golden Calf, God fires the firstborn and gives their authority to the Levites (who did not participate in idolatry). After the spies/scouts incident, God delays our entrance into the land by several decades. After hearing from the five daughters of Zelophehad, God changes the laws of inheritance and hence decrees a new system of gender justice. After considering the complaint of the nameless men, God institutes a new holiday, “Pesach Sheni,” which provides those who were impure or “on a faraway journey” the opportunity to celebrate the most important Jewish occasion.

If God changes, how about those created in His image? In an iconic moment in Genesis, Jacob wrestles with an angel—or was it a man? Jacob, after a long struggle, tells his assailant that he will not let him go. The assailant changes Jacob’s name to Israel—from “heel” to “you have struggled with God and men.” And then Jacob lets him go.

Rabbi David Wolpe reminds us that Jacob says he would not end the encounter without a blessing—but Jacob ends the struggle without receiving a blessing. What happened? Jacob did receive a blessing. In the changing of his name, Jacob receives the seminal human blessing: the ability to transform himself.

This, perhaps, is why God hates all forms of divination. Card readings, astrology, and fortune- telling all share one heresy: They presume that the future is set, and thus that change is impossible. Accordingly, there would be no point in trying to improve oneself or to enact social change. Divination embodies one of the worst philosophies: nihilism.

This would explain what immediately follows God’s condemnation of divination. Moses, channeling God, tells us to pay special attention to prophets. We might regard this as confusing. After all, the Oxford English Dictionary tells us that the word “prophetic” means, “accurately describing or predicting what will happen in the future.” This is completely wrong. The biblical prophets warn us what will happen if we behave—or, more frequently, keep behaving—in a particular way. As with anyone who warns, they want us to change so that their prediction does not come true!

With God’s help, we can all be prophets by identifying what is good, how we are falling short, calling attention to the consequences of right and wrong, and calling us to change personally and socially en route to a more sacred place. That task is much more difficult than learning the “future” from a palm reader—but it is our highest task, gifted to us by God.

Your ticket for the: Torah Reading Commentary: Why God Hates Astrology