Brokered by the U.S. the Abraham Accord Goes Modern 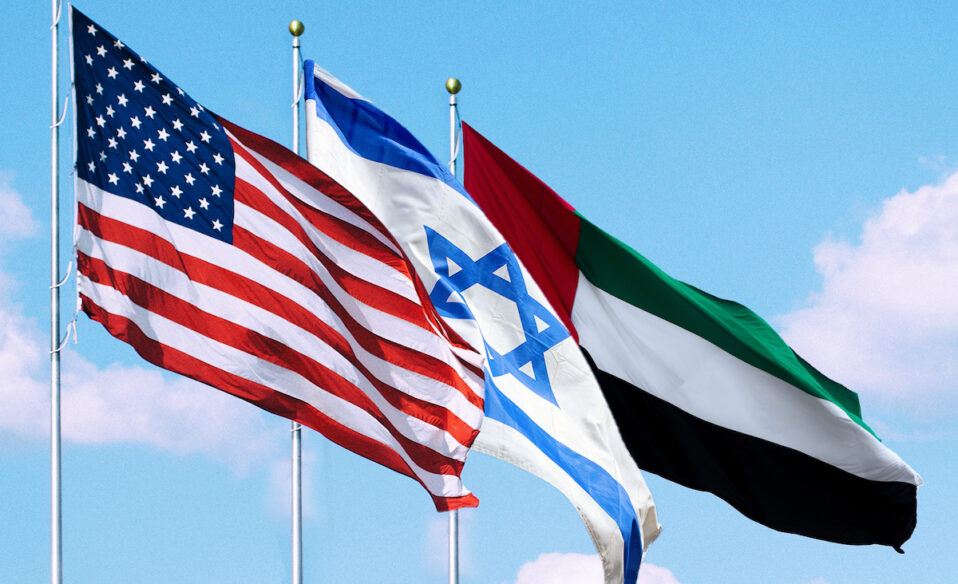 Ancient history is once again surfacing in modern times. Several generations have passed since the first of a series of world-changing events occurred—when Israel was reestablished as a modern state in 1948. Later, the Israeli-Arab peace treaties of 1979 and 1994—followed by the U.S. Embassy’s move to Jerusalem in 2018—also marked significant moments in history. Now the Abraham Accord of 2020 takes its place as part of God’s design for the world in His redemptive plan of love, with Israel as His centerpiece.

The Abraham Accord traces its roots to Father Abraham. He loved both his sons: Ishmael, his first-born, and Isaac, his son of promise. In Genesis 17:20, God assured Abraham that He would not forget Ishmael. “As for Ishmael, I have heard you: I will surely bless him; I will make him fruitful and will greatly increase his numbers. He will be the father of twelve rulers, and I will make him into a great nation” (NIV).

God fulfilled promises to both sons. He granted Ishmael vast tracts of land and the promise of becoming the father of the Arab nations. God deeded the Jewish homeland with His engraved commandments and eternal covenants through Isaac and his 12 grandsons. Since Judaism birthed our Christian faith, the Abraham Accord connects three monotheistic faiths. While Christians use the name “Abraham,” for Muslims he is “Ibrahim” and is called “Avraham” in the Jewish faith.

The Abraham Accord announced by President Trump last week enshrines a modern-day version of God’s promises kept for the “Semitic cousins.” The Accord formalizes diplomatic relations between the United Arab Emirates (UAE) and Israel. The nations will exchange embassies and ambassadors. Wide-ranging collaboration will ramp up many sectors, such as tourism, education, and healthcare. Flights will take to the skies between Dubai, Abu Dhabi, and Tel Aviv. The positive implications of God’s plan through His ancient friend Abraham are once again manifesting in the 21st century.

The historic breakthrough comes after years of a behind-the-scenes relationship between Israel and UAE, during which Prime Minister Netanyahu and Crown Prince Bin Zayed have held many common interests and concerns. Chief among them is the threat posed to the region by Iran, the biggest terror-supporting nation in the world. The Prime Minister and Crown Prince both disagreed with the Obama administration’s Iran deal and also wanted financial and defense interests to increase in the region. Then, under the Trump administration, negotiations jumped onto a fast track after the U.S. President won the trust of Arab nations in the Middle East, already matched with his clear, supportive policies toward Israel.

In the past six weeks, the deal reached its zenith with President Trump’s announcement on August 13th after a three-way call between President Trump, Netanyahu, and Mohammed bin Zayed. The Crown Prince stated, “This is the best news of 2020.” President Trump, who brokered the accord, tweeted, “This is a HUGE achievement.” It is expected that other Arab countries will follow UAE’s lead. We can also look forward to an official ceremony welcoming Netanyahu and Mohammed bin Zayed to the White House, which promises to be a memorable celebration.

On Sunday, in his remarks at the Knesset, Netanyahu reflected on the Abraham Accord: “It is different from its predecessors because it is based on two principles: ‘peace for peace’ and ‘peace through strength.’ Under this doctrine, Israel is not required to withdraw from any territory and together the two countries openly reap the fruits of a full peace: investments, trade, tourism, health, agriculture, environmental protection and in many other fields, including defense of course.”

Only two peace treaties existed prior to the Abraham Accord. Egypt signed a formal peace treaty with Israel in 1979 under President Jimmy Carter. Then in 1994, Israel and Jordan reached a peace agreement during the Clinton administration. In the United States, both Democratic and Republican lawmakers are applauding the Abraham Accord brokered by President Trump.

Since 9/11, many Americans have looked at Muslims with suspicion. Yet the UAE has been a friend to the United States with military-related agreements for several decades. The Gulf nation is also serious about combating terrorism.

In addition, the UAE shares many values with the U.S. and Israel. UAE’s Constitution provides voting rights for women along with religious freedom, including for its 13-percent Christian population. Like Israel, though, they frown upon proselytizing. Humanitarian aid is national policy; they gave $173 billion to 178 countries between 1971 and 2014.

This nation—formed by seven emirates in 1971—has a fascinating history. From the 1770s to the late 1930s, diving for pearls was their main livelihood. Oil surveys, beginning in the 1930s, swelled into huge liquid “black pearls” when oil was discovered in the Persian Gulf under an old “pearling” location. Oil shipments commenced in 1969, and today the UAE is the third-largest oil-producing nation in the Persian Gulf.

UAE’s capital is Abu Dhabi, and its largest city, Dubai, sports the world’s tallest building, the glamorous Burj Khalifa. More than 5 million citizens live in the UAE and, along with oil exports that have enriched and transformed their nation, they enjoy vigorous global tourism, finance, and retail activity. The literacy rate is over 90%.

The official website states: “The UAE includes more than 200 nationalities that enjoy a decent life, respect, and equality. It is also an incubator for the values ​​of tolerance, moderation, and acceptance of others.”

Join CBN Israel to pray for the Middle East at this momentous time:

As we pray, let us remember God’s long-ago promise to Abraham: “I will surely bless him … and make him into a great nation.”

Your ticket for the: Brokered by the U.S. the Abraham Accord Goes Modern

Brokered by the U.S. the Abraham Accord Goes Modern