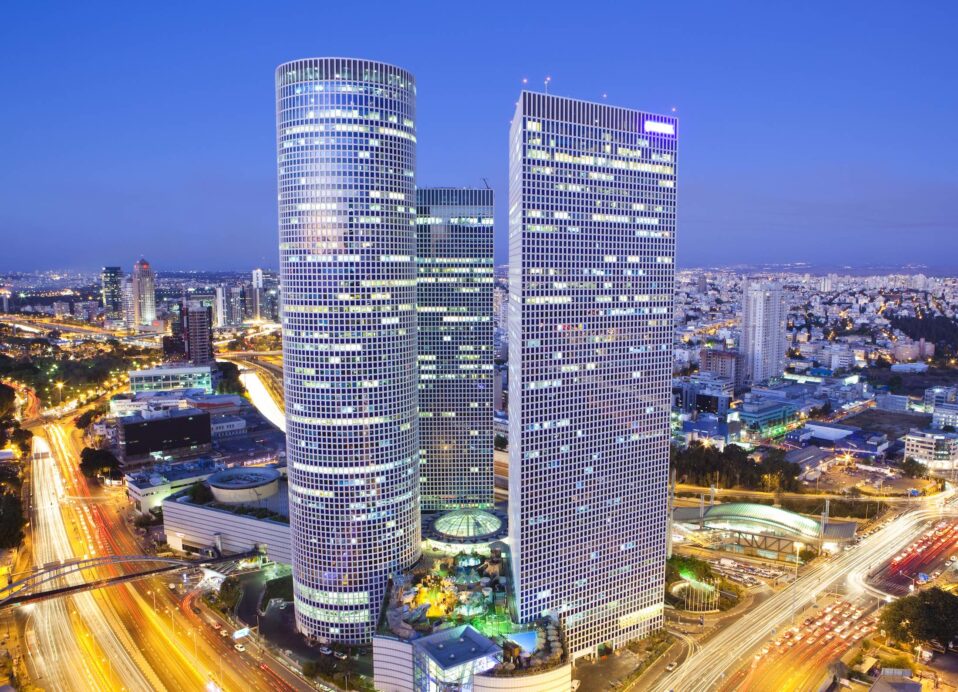 Israel creates outsized innovations that sometimes border on the impossible. Making water from air and helping paraplegics walk are only two of this nation’s modern-day miracles.

Perhaps another of Israel’s most remarkable accomplishments is that it makes the world better against a backdrop of constant terror on three sides—from Gaza, Lebanon, and Syria. Slightly bigger than New Jersey, its narrowest slice of land is just eight miles across; its widest is 85 miles. From top to bottom, it is only 290 miles. Yet its diminutive size does not stop Israel from also being known as the “innovation nation.”

When the Bible describes Israel, the profound meaning stretches from ancient to modern history. In Isaiah 49:6 God declared, “I shall submit you as a light unto the nations, to be My salvation until the end of the earth.” God has kept His word by sending His son Jesus, the Light. Now, He uses Israeli innovations 2,000 years later empowered by His favor.

The Jewish nation has pioneered thousands of innovations and implemented them in virtually every realm of human endeavor. I want to highlight three of my favorites—Watergen, ReWalk, and OrCam—whose lifechanging inventions I saw demonstrated at the American Israel Public Affairs Committee’s (AIPAC) Policy Conferences. To describe these as astonishing would be an understatement.

Watergen makes clean water out of thin air! When the Watergen generator was rolled out onto AIPAC’s stage, a company executive asked an attendee to participate in a demonstration. He set a glass into place, pushed a button, and we watched the glass fill with water on the big screens situated throughout the convention center. The 18,000 of us in the audience gasped and applauded when we saw the attendee drink fresh water. It wasn’t a magic trick; it was real! As Watergen’s website explains, the generator first cleans the air it draws in, then submits it to a heating and cooling process that allows condensation to occur—and high-quality fresh water is created!

You can imagine what such a tool has meant for nations around the world. Varying models are already installed in dozens of countries, many in partnership with humanitarian organizations.

One of the most poignant Watergen stories comes from Gaza. When Watergen’s President—Israeli Michael Mirilashvili—learned that Palestinian children in Gaza’s only pediatric hospital were not getting enough safe water, he collaborated with Fayez Husseini of Mayet Al Ahel, a Palestinian Authority company that facilitates water and power plants in Gaza. Watergen installed a generator for the hospitalized children. Mr. Husseini commented, “We are very proud of our partnership with Watergen to provide clean water and save lives.”

ReWalk is a robotic exoskeleton created for those with spinal cord injuries. The wearable device was invented by Israeli Dr. Amit Goffer, who was injured in an all-terrain vehicle accident that left him a quadriplegic. He founded ReWalk Robotics to enable people with lower-limb paralysis to walk again. In 2013, Dr. Goffer propelled his wheelchair out onto AIPAC’s stage and told the story of a middle-aged man who had become paralyzed after falling out of a tree—changing his life in an instant. Then, from stage right, the subject of Dr. Goffer’s story triumphantly came walking out in his exoskeleton with his specialized crutches. All of us in the audience rose to our feet with tears in our eyes as we applauded a walking paraplegic!

Another beneficiary of this life-transforming technology is U.S. Marine Captain Derek Herrera, who was paralyzed from the chest down by a sniper’s bullet while on a combat mission in Afghanistan. ReWalk changed his life after he was first fitted for a device in 2014. The retired Captain described his life with the apparatus: “My ReWalk system has afforded me the opportunity to participate in many important milestones in my life on my own two feet.” Through the Veterans Administration, he obtained the newer model, the ReWalk Personal 6.0. Then, in 2015, Captain Herrera walked out onto a stage to receive his Bronze Star, one of the military’s highest honors.

OrCam helps the blind and visually impaired to read and recognize faces and colors! The company describes its product in this way: OrCam MyEye provides independence by allowing access to visual information, conveyed by audio, on a tiny camera which can be attached to any pair of eyeglasses. Using Artificial Intelligence it reads text, recognizes faces, identifies products, and more. MyEye is helping tens of thousands of users in 25 languages and 50 countries, from ages 6 to 100+. The company is careful to say, “OrCam improves a person’s quality of life but it does not improve eyesight.”

Here’s how OrCam works. Glasses are mounted with a small 13-megapixel smart camera on one side (called the “temple or arm”). The camera takes pictures of the wearer’s surroundings. The information is then sent to the wearer audibly. Their “sight” comes through hearing! It is real-time communication. When a blind woman was seated on AIPAC’s stage, huge screens showed us closeups of the demonstration. She was able to identify colors placed on the table in front of her and read the page of a book, which touched every one of us with awe and gratitude for such an unbelievable innovation.

In addition to the companies and products that were highlighted at AIPAC conferences, there are two others I want to mention: Netafim and Nanox.

Netafim is a global leader in a precision irrigation technique that can boast using less water to grow more crops. The company has developed systems that release exactly the right amounts of water and fertilizer at a lower cost than any other system available. Its stated purpose is “Helping the world grow more with less.” Since Israel is 60% desert, Israeli farmers set about to reclaim land from the Negev desert and make it thrive. Launching Netafim in 1965, these entrepreneurs are still impacting nations worldwide with projects like their premier drip-irrigation system. The benefit—more plentiful crops, no matter the climate—is especially critical in famine-ridden nations suffering severe food and water shortages.

One of Netafim’s most recent projects is taking place in India. Netafim’s drip irrigation will boost crops for 97,000 farmers cultivating 247,000 acres of land. Israeli experts will train the farmers in a project that will save about 40% of India’s water in that locale over less-efficient irrigation techniques. Crops like onions, chili peppers, corn, peanuts, beans, and sunflowers will thrive and bless the lives of Indian families in more than 200 villages.

Nanox. Finally, I want to highlight an innovation that will impact millions of women: cold cathode imaging technology. This was developed by Israeli entrepreneur Ran Poliakine, who believes it will advance 125-year-old X-ray imaging “from the dark ages to the 21st century.” Abigail Klein Leichman is a writer and associate editor at www.Israel21c.org, which tracks thousands of Israel’s innovations. In an article she describes this technology’s benefits to women: “Imagine a single machine quickly scanning your whole body for signs of cancer during your annual checkup. It could perform tests such as computed tomography (CT) and a no-squish mammogram for women.” Poliakine hopes it will be on the market in two years.

Now that you have read a tiny sample of Israel’s blessings to our world, isn’t it even more baffling that her enemies want to destroy the “innovation nation”?

Join CBN Israel to pray in gratitude for Israel, “a light unto the nations.”

Remember, God’s promise to bless the nations with light from Israel surely blesses us.

Your ticket for the: Israel: Making Life Better for the World