Torah Reading Commentary: Like a Blind Man Groping in the Darkness 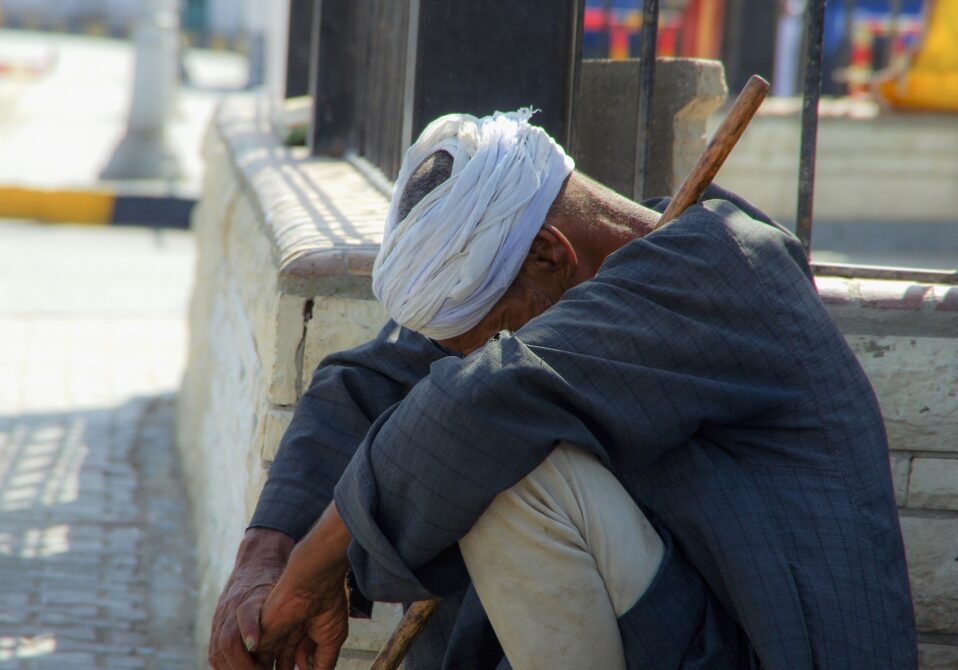 The Jewish year and, thus, the annual cycle of the Torah reading is coming to an end. As we reach the latter half of the concluding book of the Torah, Deuteronomy, Moses knows that he is soon to die without being able to enter the Promised Land. But he is determined to leave his people with the disposition, ideas and attitude they will need to survive and thrive.

In Chapter 27 (of 34), Moses says that we will see two mountains upon entering the Land. There will be a mountain of blessing, Mt. Gerizim, and a mountain of curses, Mt. Ebal. Why does he associate blessings and curses with different mountains? The Torah, which always privileges the unseen over the seen and hearing over sight, is too sophisticated to have a physical place of goodness and one of badness. But the Author of the Torah knows us well. He knows that people have a remarkable capacity to either mischaracterize or justify cursed ideas and actions. When you enter the Land, he is telling us, remember: you can, if you choose, tell the difference—just like you can between two mountains.

And the consequence of our choice of blessing or curse is everything. The listing of blessings is a catalog of delight and the listing of curses is an exercise in horror. The curses include drought and floods, military defeat, robbery, madness and blindness, incurable hemorrhoids, fever, lesions and marriage followed by infidelity. Then there is: “You will grope at noontime as a blind man gropes in the darkness.”

What could this mean? The experience of being blind is one of perpetual darkness. There is no difference for the blind between “noontime” and the dead of night. Why, then, would a curse be that of a blind person groping in the darkness—as if his daytime experience is different?

Rabbi Yossi Bar Halafta stated, as is recorded in the Talmud, that he spent his entire life troubled by this verse. Then he saw a blind man walking at night and holding a torch. He asked the blind man why, given that he couldn’t see, he was carrying a torch.

The blind man answered, “So long as I carry this torch, other people can see me and they can save me from the pits and thorns and thistles.”

In a good community, a blind man never has to grope in the daytime. There are always people around who will identify his suffering and seek to diminish it. A community is  biblically cursed when suffering goes unnoticed, unrelieved and unredeemed. One is cursed when one has to suffer in silence, alone.

This curse was foreshadowed in a previous passage in Deuteronomy.

In Deuteronomy 21, Moses addresses the problem of what to do with an unidentified corpse found in a field. The priests and the elders of the city are commanded to perform a ritual and proclaim that they did not kill the man nor see what happened. Then, they offer an atonement. Why do the leaders of the society—the elders and the priests—atone for something that they did not do? Because having an unidentified corpse near their city—having someone die with no one to mourn for him—shows a systemic failure that requires atonement by those with responsibility. Such a community will soon be considered cursed, and it does not have to— and should not be— that way.

There is nothing theoretical, anachronistic or necessarily ancient about this curse or anything else in the Bible. The Torah is our great guidebook, specifically designed “for [our] benefit”— to help us live better today. There are no easy answers or pious declarations that might help us determine the extent to which our society is, along the lines of the blind man groping at noontime, acting as if it is cursed. On the one hand, life expectancy in the United States has declined three years in a row (and that is pre-COVID-19 ) and is nowhere near the global top fifty. This is a consequence, as numerous studies in the past several years have demonstrated, of the “deaths [or ‘diseases’] of despair” that afflict people in a state of loneliness, hopelessness and desperation.

On the other hand is what my wife Rabbi Erica Gerson and I first saw two years ago at Lakewood Church in Houston, Texas. Dr. Paul Osteen, a pastor at the church and a missionary doctor who spends much of his time each year doing surgery in impossible conditions in the most deprived places in the world, showed us the chapel—a vast space that once served as the Houston Rockets stadium. There were boxes of tissues in front of many of the 17,000 seats. We had never seen anything like this in synagogue, so we asked Paul to explain. He said that there was a moment in each service when congregants were invited to go to a leader (of whom there are dozens) to say and pray whatever is on their minds. People often cry in these moments; hence, the tissues. The leader, upon hearing the pain of the congregant, is then able to direct the person to the social service within the church that can best help to alleviate the pain the congregant describes. We asked Paul how long this process lasts, and he replied,  “However long it takes.”

A few months later, we spoke at Tabernacle Church in Buffalo, New York, which is run by the great church leader and Christian Zionist, Bishop Robert Stearns. We saw the tissues again, but this time we knew what they were for. There was a church leader in the front and behind each person who came to the front in order to, literally, catch them if they fell. And later still, we spoke at Revival City Church under the inspired leadership of Pastor George Searight, Jr. Again, there were tissues and a person in front and behind each penitent. This church had blankets alongside the tissues, so that one could be gently carried to the ground and rest comfortably.

This is the antidote to the curse of Deuteronomy 28:29. Each of these church leaders has created an institution with structures that ensures that no congregant is like a blind man groping at noontime. They have constructed a community where every person’s pain can be voiced, validated and eased — in the process effectively assuring Moses that they appreciate his concern and are always addressing it.

This is, for us Jews, the month of Elul, where we prepare for Rosh Hashanah and Yom Kippur, when we contemplate our shortcomings, failures and how we should improve. Perhaps the most helpful way to approach this holiday and its responsibilities is through contemplation of the blind man groping at noontime. The first question to ask is: Who might be the blind man suffering at noontime? The aforementioned American life expectancy statistics suggest that he is ubiquitous—and the Talmud suggests a way to help. If one is suffering in silence (emotionally, physically, spiritually, psychologically), like the blind man groping at noontime, he is in such a prison. A prisoner, the Talmud teaches, cannot free himself from prison.

In this month of Elul, especially, we can ask: Am I sufficiently helping to ensure that my communities are those where a blind man would never need to grope at noontime? Or am I the blind man groping at noontime who should seek the guidance that a biblically construed community will provide? What, per Deuteronomy 21, are the structures and measures of accountability that ensure that each member of the community is provided the recognition and the dignity such acknowledgment confers?

Your ticket for the: Torah Reading Commentary: Like a Blind Man Groping in the Darkness

Torah Reading Commentary: Like a Blind Man Groping in the Darkness