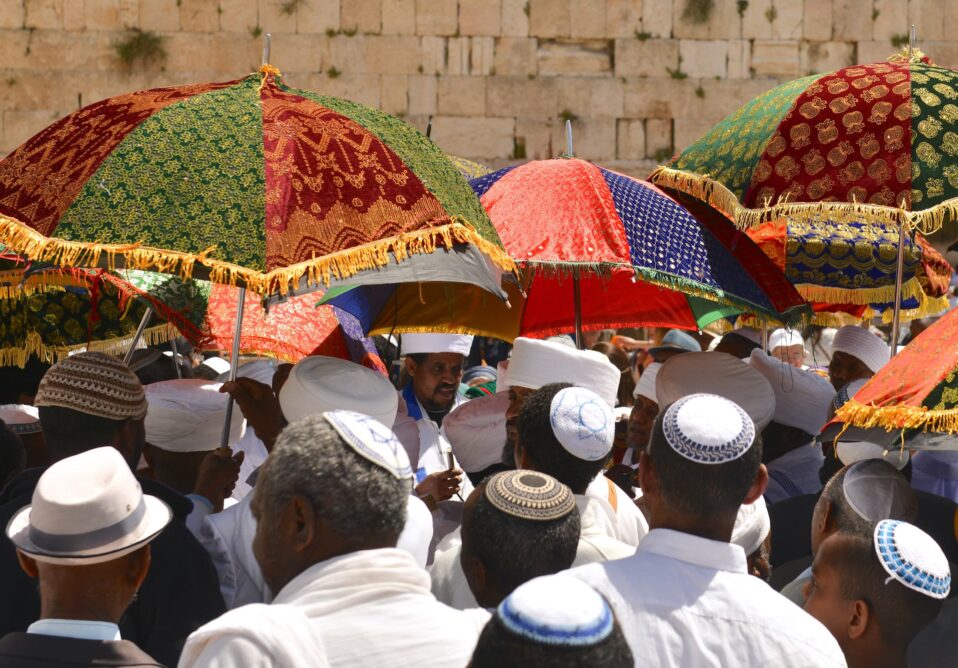 Last week, the Israeli Knesset approved another round of immigration for 2,000 more Ethiopian Jews in 2021—an endeavor bearing a $51 million price tag. The decision represents decades of welcoming this branch of the African diaspora home—an effort that began in the 1980s and regained traction in the last several years. Israel holds the singular distinction among the nations for bringing black communities to freedom, not slavery.

The Ethiopian journeys to Israel are fascinating. They read like a spy novel. Almost 40 years ago, mass immigration (Aliyah) of Ethiopian Jews literally took off when Israel sent large transport aircraft to rescue Ethiopians from their drought-ravaged lands. In 1984, 1985, and again in 1991, Israel launched Operations Moses, Joshua, and Solomon.

These airlifts linked intrigue and ingenuity—relying on stealth, detailed plans, and courage. The 1984–85 rescues took place under cover of night when 7,500 Ethiopian Jews were flown out in clandestine operations. Ethiopians had walked for three to four weeks to refugee camps in Sudan that were operated by Israel’s Mossad and the Red Cross—a perilous journey over hundreds of miles that resulted in deaths from disease and starvation. They walked by night to hide from marauding soldiers. With 28 covert airlifts during this period, Israelis used Boeing 707s routed through Belgium to avoid any suspicions before landing in Israel.

Due to Ethiopian famine, internal civil wars, and tough negotiations with Marxist/Leninist Ethiopian leaders, six years passed before the next airlift could take place. Finally, in 1991, the rescues resumed, once more like a spy movie and with the Israeli and the U.S. governments again working hand in hand.

Named after the ancient King who was theoretically their ancestor, the 1991 Operation Solomon rescued more than 14,000 Jews from the Sudanese refugee camps and flew them to their homeland, Israel. The timing was critical—and miraculous. Thirty-four El Al jets and American C-130 military transport aircraft flew in and out during this grueling 36-hour mission. All passenger seats were removed from the C-130s to make room for the frightened, yet hopeful, Ethiopians. You can imagine their fearful reactions, especially from older people who had never seen an airplane—and those who thought these transports a wonder. As then-8-year-old Michal Samuel recalls: “One night we were told it was our time to go. I remember the darkness of the desert, walking through Sudan to the trucks that drove us to what I thought was the wings of an angel to take us to Jerusalem.” Today, 30 years later, Michal leads a large charity that helps her community.

How did these Ethiopian Jews end up on big Israeli airplanes? Mentioned in the Bible by their other name, Cush, the Ethiopian Jews thought of themselves as Jewish even before Christianity became an official religion in the fourth century. The world knew little about them for centuries. They were extremely poor and isolated, yet practiced Judaism based on the Torah, the written law. They were persecuted by their neighbors, who called them falasha (“strangers”) due to their culture and customs.

In the 1700s, Christian missionaries began going to Ethiopia, met the community, and called them the “exotic Jews of Ethiopia.” For several hundred years, more information emerged about “black Jews.” Interest deepened when Israel was established as a modern Jewish state in 1948. Israel’s Law of Return was created and enacted to welcome all Jews, no matter where they were scattered, whether in Iraq, Iran, China, India, Ethiopia, or beyond.

More than 135,000 Ethiopian Jews live in their homeland today. Ninety percent graduate from high school, serve with distinction in the Israel Defense Forces and the Knesset, and attend college. They have made remarkable adjustments with the help of Israeli absorption centers for new immigrants, especially in the early days of Aliyah in the 1980s. Since these people had lived in huts in Africa—without electricity or running water—the absorption centers’ staff members had to start from scratch, teaching the immigrants how to use appliances, turn on water taps, and use can openers. Subsequent generations, born in Israel, have found the adjustment much easier.

Since Operation Solomon in 1991, evangelical Christians worldwide have played a big part in sponsoring flights and helping settle Ethiopians in the Promised Land. Many have done so through International Christian Embassy Jerusalem (www.ICEJ.org). In the last five years alone, ICEJ has sponsored Aliyah flights for around 2,000 Ethiopian olim (immigrants).

ICEJ President Dr. Jürgen Bühler observes, “Aliyah is clearly a biblical and historical mandate for our global organization, and many times it also is an urgent humanitarian mission, which is so obvious in the case of the Ethiopian Jewish remnant still living in transit camps in Addis Ababa and Gondar after all these years. We will maximize our efforts to now assist Israel with this accelerated plan for the Ethiopian return.”

Israel’s government and the kindnesses of many individuals and charities have helped navigate the ongoing challenges that face any nation welcoming new citizens. One of the biggest, most effective charities is led by Sigal Kanotopsky. At the age of five, Sigal walked with her family for three months on a harrowing 1,500-mile journey before finally arriving in Israel. Now this outstanding leader walks into Israel’s many professional venues to elevate job opportunities for her community.

Clearly, Israel is singular in bringing its people home. What other country would go to such lengths to do so? These efforts were eloquently voiced on January 8, 1985, when then-Prime Minister Shimon Peres spoke to the Knesset and offered this inspiring explanation about Israel’s commitment and the Ethiopians’ age-old dream to live in Jerusalem:

“For 2,600 years, our brothers and sisters from ‘the land of the buzzing of wings, which is beyond the rivers of Ethiopia’ in Isaiah 18:1 have been waiting to attain this moment. … They have waited, and we have waited. They have arrived, and we are richer for it. This wonderful tribe gloriously and stubbornly upheld the banner of Jewish belief even from the days of Moses, and certainly after the oppressive Roman rule.

“Neither mountain nor sword, nor decree nor foreign land could prevail over their Jewish devotion, their human nobility, and their Zionist hope. And we here have born within us the ongoing, never-ending hope of the unification of our people. …  [an] immigration effort enwrapped in ancient splendor and enveloped in secret heroism. We have seen them prostrating themselves and kissing the soil of our land. A light shone in their eyes, while tears welled up in ours.”

Thankfully, there is no more need for secrecy. The new efforts underway will not take place under cover of darkness. And when the current relocation has been completed, it will add another chapter of welcome to the worldwide Jewish community.

Pray along with us at CBN Israel that every Jewish community worldwide will come home:

For Christians, it is a privilege to be part of praying and acting so that the worldwide Jewish community can return to their ancestral homeland.

Your ticket for the: Israel Launches Another Exodus of Ethiopian Jews