United Nations at 75 is Usually United Against Israel 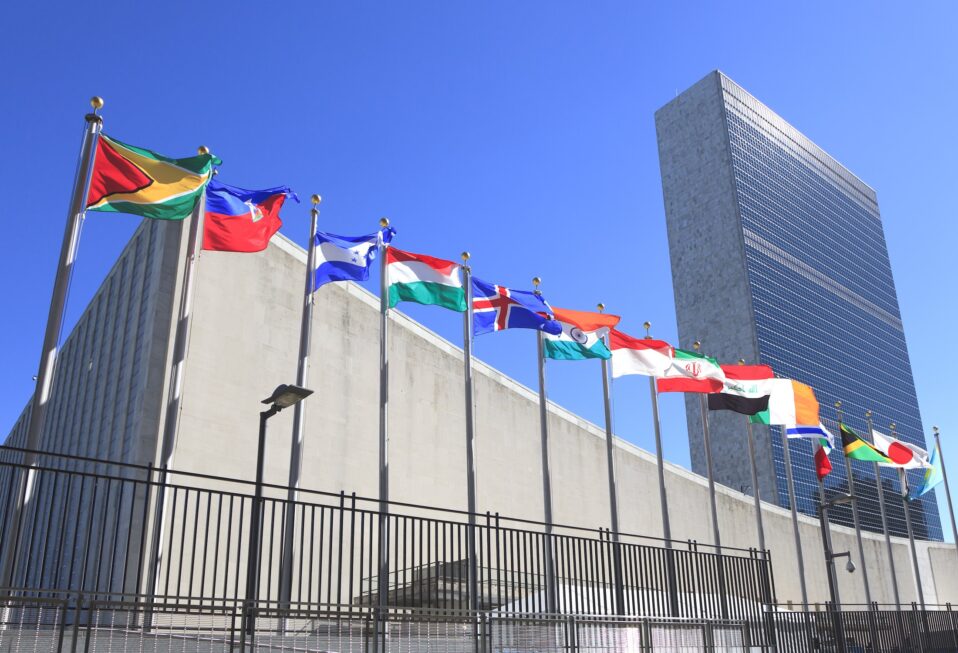 Like a giant international shredding machine, the United Nations still betrays its lofty goals enshrined in its 1945 charter. Maintaining world peace, friendliness among nations, respect for human rights, mutual problem solving, and promoting harmony have been tattered over time. The U.N. marked its 75th anniversary last week at its annual 193-nation General Assembly meeting digitally rather than at the New York headquarters due to COVID-19. The U.N.’s anemic response to Iran, its coddling of Palestinian leadership, and its censure of Israel overshadow its original purposes.

Just consider. United Nations Watch, a non-governmental organization based in Geneva, Switzerland, has a mandate “to monitor the performance of the United Nations by the yardstick of its own Charter.” In 2018, the organization reported an astonishing 21 condemnations of Israel, while there was only one each for Iran, Syria, and North Korea, and zero for China—nations hardly known as human rights sympathizers. Last year the numbers were similar: 18 resolutions against Israel, with only seven other nations cited. Not all the statistics are in yet for the 2020-2021 General Assembly, but they are likely to resemble previous years as indicated by China and Cuba now running for seats on the United Nations Human Rights Council.

In addition, most member nations refuse to support robust opposition against Iran’s Persian leaders. The Imams remain devoted to achieving nuclear capability despite the diminished well-being of their people. Supplying weapons to their terror surrogates—Hamas in Gaza, Hezbollah in Lebanon, and elite Iranian troops in Syria—they have made clear threats against Israel, the Arab Gulf nations, and the United States.

However, there were some hopeful moments in the U.N. meeting last week. Under President Trump’s leadership, the Abraham Accord signed by Israel, Bahrain, and United Arab Emirates last month means the atmosphere has improved somewhat. Abdullah Bin Zayed Al-Nahyan, the UAE Foreign Minister, said in his speech that “the signing of a historic peace accord with Israel … opened broad prospects to achieve a comprehensive peace in the region.”

U.S. Ambassador to the U.N. Kelly Craft—a longtime Christian supporter of Israel—declared: “We call upon state sponsors of terror, most notably the Islamic Republic of Iran, to finally and completely cease funding and arming terrorists around the world.”

Prime Minister Netanyahu proclaimed, “Israel and states across the Arab world not only stand together in advancing peace. We stand together in confronting the greatest enemy of peace in the Middle East—Iran.” Netanyahu praised President Trump for withdrawing from the defective Iran deal of 2015 and for restoring U.S. sanctions on Iran. Recently, when the U.N. Security Council refused to extend the arms embargo on Iran that was due to expire on October 18, President Trump called for the deal’s “snapback” option to prevent weapons sales to Iran. Netanyahu urged the Security Council to stand with the U.S.

Iran’s Foreign Ministry spokesman Saeed Khatibzadeh countered, “The prime minister of the fake, usurping and child-murdering Zionist regime continues to tell lies by taking the podium at international circles, and is trying to deceive public opinion and the global circles with ridiculous shows in order to prevent trial of the regime’s criminal leaders at international courts.”

Palestinian obstinacy continues, voiced by Palestinian Authority (PA) President Mahmoud Abbas. “There will be no peace, no security, no stability and no coexistence in our region while this occupation continues and a just, comprehensive solution to the question of Palestine, the core of the conflict, remains denied.”

While Israel is demonized by many U.N. voices, Hamas and the Palestinian Authority escape censure. Over the last 40 years, beginning with Yasser Arafat, Palestinians have cleverly used propaganda to draw U.N. members almost entirely to their side. Their propaganda strategy would not have been needed had their Arab predecessors agreed to United Nations Resolution 181.

On November 29, 1947, Resolution 181 divided Israel (then called Palestine) into two states, “one Arab and one Jewish, with an economic union between them.” Calling it the “Partition Plan,” the U.N. developed specific steps leading to independence for both Jews and Arabs, including drafting a democratic constitution, renouncing violence, assuring equality for all and freedom of religion.

In this way, the secular U.N. did attempt a peace plan early on. The Jews agreed to the terms; the Arabs did not. War and terror followed in succession. The Palestinian Arabs have now defied United Nations Resolution 181 for 73 long and brutal years.

Had their Arab interlocutors agreed to U.N. Resolution 181 in 1947, and then to Israel’s modern statehood in 1948, the Palestinians would live in freedom rather than under the oppressive decisions of their own leaders. Palestinian children would not read hate-filled anti-Semitic textbooks. Arab Christians would not face persecution. Arab journalists would not fear imprisonment. Economic success could be theirs. And Israel would not have faced decades of nonstop war and terror.

Despite the U.N. debates, the final passage of the Partition Plan is pretty well known on November 29, 1947. Yet 7,000 miles away in Israel a lesser known event of extraordinary significance was unfolding. This date is one that signified a convergence of miracles where God revealed His divine stamp of approval.

A Hebrew University Professor Eliazer Sukenik sat in his Jerusalem study intently bent over fragile scroll fragments. A Bedouin shepherd boy had discovered scrolls in jars hidden in caves in the Judean desert near the Dead Sea. The scrolls had come on the open market for sale. Professor Sukenik was the first expert to determine their authenticity. He later wrote in his journal, “I read a few sentences. It was written in beautiful biblical Hebrew. The language was like that of the Psalms, but the text was unknown to me. I looked and looked, and I suddenly had the feeling that I was privileged by destiny to gaze upon a Hebrew Scroll which had not been read for more than two thousand years.”

His hands were already shaking when his son ran into his study shouting the news on the radio. “The vote on the Jewish State passed!” Professor Sukenik later said, “This amazing discovery shows us that the Biblical texts were passed down with extraordinary accuracy. The scrolls were a thousand years older than any text we had … yet the book of Isaiah you have in your Bible is the same as the one found in that ancient jar in Qumran, with only a few letters changed.”

Author Shelley Neese in her book, The Copper Scroll Project, framed the Dead Sea Scrolls within the awe-inspiring convergence of Resolution 181 with the Isaiah Scrolls. “The Dead Sea Scrolls made for a symbolic birthday gift for the state still struggling to survive out of utero. The texts are celebrated icons of Israel’s heritage. … These ancient scrolls symbolize the people of Israel and their great contribution to the world: the Oracles of God.”

On November 29, 1947, the God of Abraham, Isaac, and Jacob and His beloved Son Jesus united the Jews with their most ancient Scriptures on the very night that the U.N. voted on its plan. Just a half-year later, on May 14, 1948, the ancestral homeland became a Jewish country. Isaiah 66:8 came alive under God’s plans to restore Israel into a modern state: “Can a country be born in a day, or a nation be brought forth in a moment?” The answer is a resounding “Yes!”

Join CBN Israel with prayers for the birthplace of our faith, Israel:

In his speech last week, President Trump challenged: “If the United Nations is to be an effective organization, it must focus on the real problems of the world. This includes terrorism, the oppression of women, forced labor, drug trafficking, human and sex trafficking, religious persecution, and the ethnic cleansing of religious minorities.”

God has always planned for the genuine “united nations.” Psalm 86:9 (NKJV) promises: “All nations whom You have made shall come and worship before You, O Lord, and shall glorify Your name.”

Your ticket for the: United Nations at 75 is Usually United Against Israel

United Nations at 75 is Usually United Against Israel