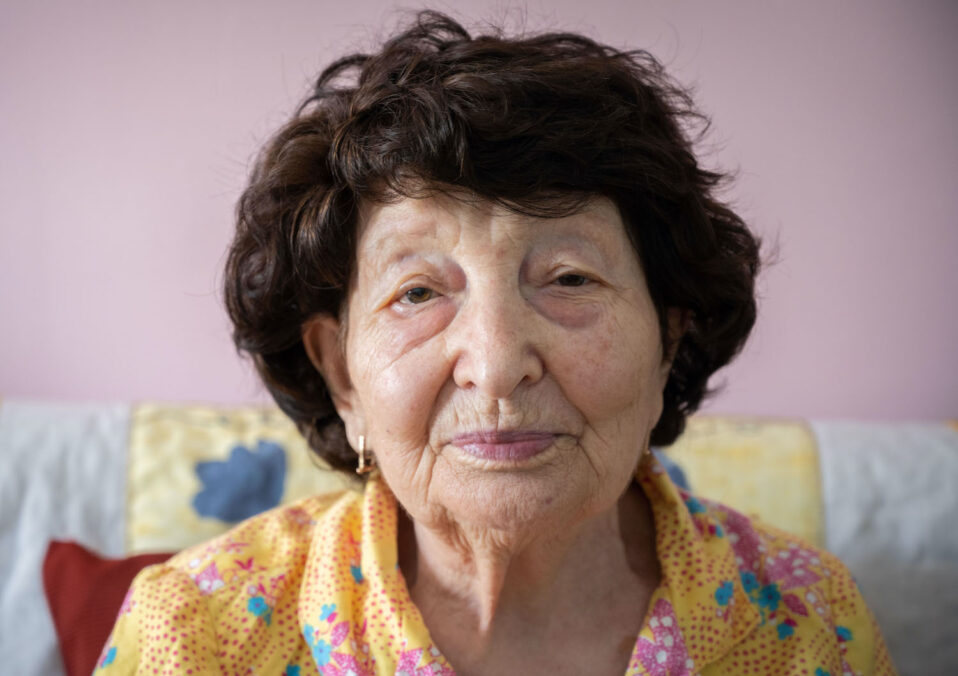 As an 84-year-old, Tamara is an optimist—despite enduring the terror of the Holocaust and World War II. Yet, she has spent her twilight years living out her dream in a battle zone.

Tamara was a child in a Jewish community in Kyiv, Ukraine, when the war started. Her father died in the Soviet army—but Tamara, her mother and baby brother survived in a barn in Tajikistan. Sadly, they returned to Kyiv to find their relatives had all died, and their village was destroyed. So, they lived on the streets, while her mother worked to save for an apartment.

When her mother learned her sister was alive in Melitopol, Ukraine, they relocated, and Tamara stayed with her aunt after her mother died. But she had always dreamed going to Israel, the land of her forefathers. Together with her aunt, they eventually emigrated there in the year 2000.

They landed in Sderot, a city under constant bombing from Gaza. One day, her home was hit by a rocket, destroying two rooms. She and her aunt survived, and the government fixed the basic damage—yet they left pipes and other items unrepaired. For almost 15 years, she lived in toxic conditions, with black mold, and wet walls and floors. But friends like you were there for her!

CBN Israel repaired the leaking pipes and removed harmful mold. For the first time, Tamara breathes clean, safe air in her own home. Her walls are now white instead of black, and she is grateful!  And your gifts to CBN Israel can help many others, bringing food and supplies to refugees, families with young children, and those who are alone.

During this COVID-19 pandemic, the needs have escalated. Your support can provide groceries, financial aid, and more vital essentials to those who suffer. Please let us hear from you!

Your ticket for the: Holocaust Survivor: Tamara’s Story