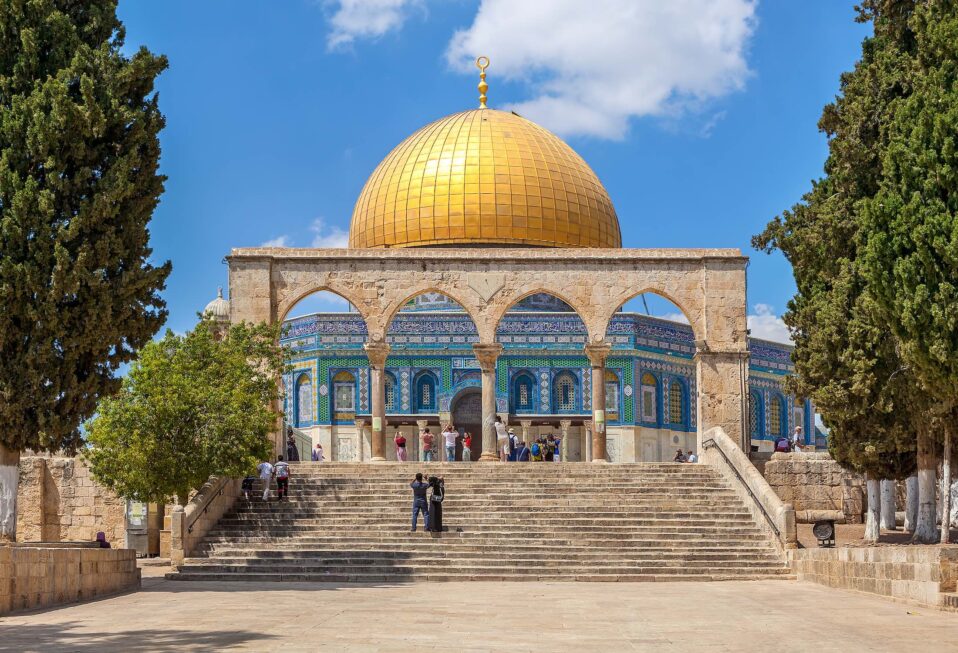 Imagine waking up one morning to news that the Eiffel Tower is no longer considered French. That the pyramids are not Egyptian. And that the Statue of Liberty is not a beloved symbol of the United States. Your reaction would be astonishment. Yet, here’s a fact that is barely a blip on the world’s news feeds: The United Nations has once again voted to rename Israel’s holiest landmark—the Temple Mount and Western Wall in Jerusalem—with Arabic names, thereby denying this vital part of the nation’s ancient and proud history.

This latest offense against Israel at the United Nations occurred on November 4. In one of the seven resolutions scapegoating Israel, 138 member nations—out of 193—formally renamed the Temple Mount “al-Haram al-Sharif,” its Arabic name. They have also renamed the Kotel (Western Wall) as the “Al-Buraq Wall,” allegedly after Mohammad’s horse.

This is not the first time the United Nations has tried to remove the Temple Mount and environs from Israel’s history. Let’s look at their track record. The United Nations was set up in 1945 with 51 member nations at a conference held in San Francisco. Their lofty goals included world peace and security, friendliness among nations, human rights, and better living standards. Some meaningful efforts have taken place, but many member nations have chosen denial, incompetence, or inattention to horrors like the Rwandan genocide and other appalling crises. Syria’s mass murders—plus humanitarian horrors by North Korea, Iran, and China—barely get a glance.

All too often, the U.N. has demonstrated similar dismissal of—and disregard for—Israel. Consider: For Israel, the most important vote the U.N. ever took—which was enshrined by President Truman on May 14, 1948—rebirthed Israel into a modern state. From that day forward, however, the United Nations has promulgated propaganda, slander, and lies against a nation that has repeatedly helped the entire world. Israel has shone as a light to the world, an island of democracy in a sea of disaster.

The U.N.’s earlier attempt to rewrite Israel’s history happened in October 2016 during a meeting of the United Nations Educational, Scientific, and Cultural Organization (UNESCO). Ironically, that body’s role is to safeguard and name landmarks worldwide. Twenty-four UNESCO member states voted in favor of the 2016 resolution and 26 abstained. Only six countries chose the right path and voted against the attempted erasure of Israel’s holiest site: Estonia, Germany, Lithuania, The Netherlands, the United Kingdom, and the United States. Both the 2016 and 2020 U.N. decisions are propaganda of the worst kind. It’s an affront to the Jewish faith itself.

This anti-Israel bias is even more inexplicable when you consider the history of the Temple Mount site. Solomon’s glorious Temple with its magnificent treasures was completed in 957 B.C. It was frequented by Jewish generations for 400 years before the Babylonians destroyed it. The Old Testament is replete with eloquent descriptions of the resting place of the Ark of the Covenant, the Ten Commandments, and the sacredness of the Holy of Holies.

This was nearly 1500 years before Mohammed was born in Mecca in about 571 A.D. Thus, at the time that the Temple in Jerusalem was complete, the religion of Islam had not yet made an appearance.

So what is Islam’s claim to this holy place? Allegedly Mohammed took a night journey on his horse Buraq from Mecca to Jerusalem, where he “ascended to heaven” from the Dome of the Rock. Jerusalem then became the third holiest site in Islam after Mecca and Medina.

Two Muslim structures were built on the Temple Mount. The buildings followed the policy of Muslims to intentionally build on top of other religious structures. The Dome of the Rock was built in 691–692 A.D., likely on the site of Solomon’s Temple after Muslim armies overran Jerusalem. The al-Aqsa Mosque was built in 705 A.D.

The dates on world history timelines make it clear that both Jewish Temples predated the Dome of the Rock, the Al-Aqsa Mosque, Islam, and Mohammed himself. (The Second Temple existed from 516 B.C. to 70 A.D.)

The United Nations renaming decisions are an affront not only to Jews and Judaism. They are also an offense to Christians and Christianity. Bible-believing Christians fully embrace the Old and New Testaments, which are foundational to our faith. After all, our Lord Jesus, a Jewish Rabbi, walked the Pilgrim Road with thousands in the Jewish crowds. He ascended the southern steps and entered the Temple at least three times a year during Israel’s key Jewish festivals. He walked there. He taught there. And Christians long to visit Israel and walk in Jesus’ footsteps at least once during their lifetime.

I’ve visited Israel 25 times and the Temple Mount twice. Its 32 acres are easily among the most contentious and explosive acreage on earth. It takes only a word or a visit from an unwelcome Israeli official to spark riots and intifadas. The “rule” is that only Palestinian Arabs are welcome. Even today, Palestinians castigate fellow Muslims visiting from the United Arab Emirates. The Palestinian Authority President, Mufti Sheikh Mohammad Hussein, has let the UAE Muslims know they could not pray at the al-Aqsa Mosque.

Past offenses include a beleaguered Egyptian Foreign Minister being escorted off the premises for his own safety. Palestinians have thrown chairs at Muslims from other nations. “Unwelcome” is also an understatement toward Jews and also to Christians, who are allowed to visit at prescribed hours only. The atmosphere is tense, for Palestinian Arabs lurk nearby, making sure that neither Jews nor Christians are praying or singing. It’s a sad place to visit knowing you are being watched and at risk of being told to leave. It’s more than sad for our Jewish friends; it’s indefensible and outrageous.

When Israelis won the Six-Day War in 1967 and regained their rightful historic ancestry—the Temple Mount, Jerusalem, and the Western Wall—they made a magnanimous decision. They allowed the WAQF, a religious institution under the umbrella of the Jordanian crown, to administrate the 32 acres—but those acres would remain secured by the Israeli police. The WAQF oversees visitation, worship, and repairs of buildings on the Temple Mount under what is called the “Status Quo Agreement.” However, since 1967, the arrangement has been far from peaceful. Imams use their sermons to incite the Palestinian Arabs, leading to countless confrontations.

UN Watch is an independent, non-governmental watchdog organization based in Geneva, Switzerland. Its Executive Director, Hillel Neuer, is an expert when it comes to U.N. propaganda against Israel. Here are a few of his most telling comments about the 193 member nations and their past and present decisions:

Finally, Mr. Neuer gave a current list of nations and entities about whom no condemnation has ever been mentioned: North Korea, Venezuela, Pakistan, Hamas, Algeria, Turkey, Russia, China, Qatar, Saudi Arabia, and Iraq. Clearly, when it comes to Israel, the U.N. has redefined injustice.

Please join us in praying for Israel as they continue to come under assault by the United Nations:

May we remember God’s solemn and unwavering promise to Abraham in Genesis 12:3:

Arlene Bridges Samuels pioneered Christian outreach for the American Israel Public Affairs Committee (AIPAC). After she served nine years on AIPAC’s staff, International Christian Embassy Jerusalem USA engaged her as Outreach Director part-time for their project, American Christian Leaders for Israel. Arlene is now an author at The Blogs-Times of Israel and has traveled to Israel 25 times. By invitation, she has attended Israel’s Government Press Office Christian Media Summit three times. She hosts her devotionals, The Eclectic Evangelical, on her website at ArleneBridgesSamuels.com.

Your ticket for the: The United Nations Attempt to Delete Israel’s Ancient History