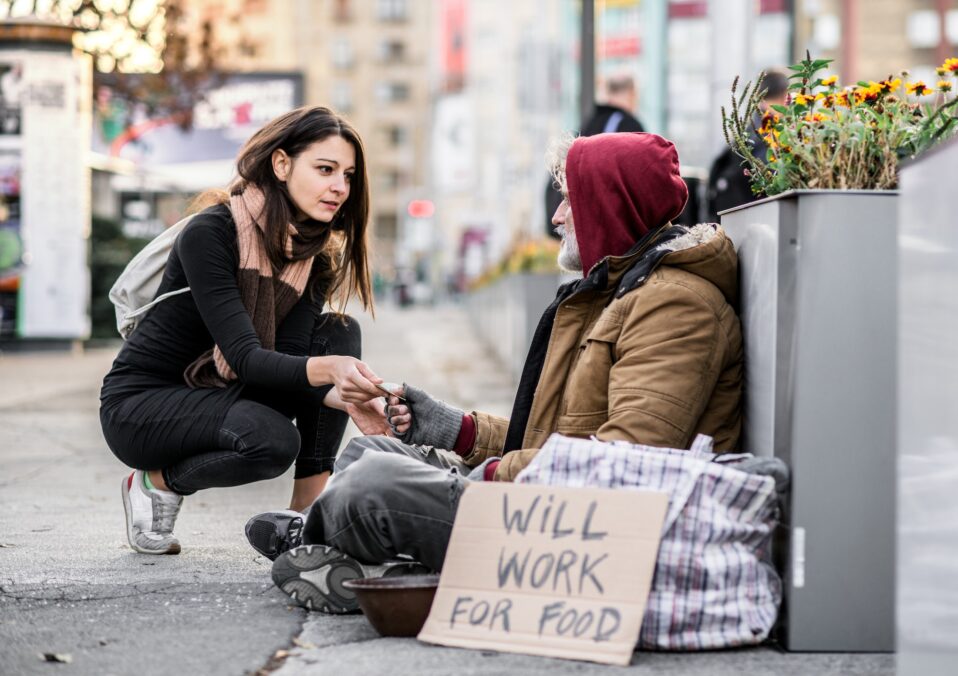 In Deuteronomy 6:16, the Torah provides an instruction that seems prosaic: “You must not test the LORD your God as you did when you complained at Massah.” This seems prosaic and even skippable, but then the reader remembers this is the Torah—everything is meaningful. Upon reflection, that is especially true of this passage, which cuts to the very constitution of faith.

One way to look at one of faith’s primary methods of expression—prayer—is as a transaction. We pray to God to give us something—health, resources, strength, love, or something else. And this is, to a point, fine and surely good. In the best case, we want to be God’s partner on earth, and so we ask God to give us what we need to help Him accomplish our mission.

But there is a problem. It risks making our relationship with God purely transactional—I want something, so I ask the Almighty for it. And what happens when we don’t get what we want, even when its receipt is clearly warranted—for instance, the health of a child? If prayer were an ATM machine—do this, and that will happen—there would be no such thing as faith. There would be no such thing as a relationship with God. Religion would just be one big transaction, and the Bible would be the horse racing guide in the sky, telling us where to place our bets in order to get more of what we want.

So, it makes sense that God, in the concluding book of the Torah, would forbid tests.

But several chapters later, God does something interesting. He tells us to test Him. Consider Deuteronomy 15:10: “Give generously to the poor, not grudgingly, for the LORD your God will bless you in everything you do.”

This seems to be a deal for us and a test for God. The deal: Give maximally without fear that you will be without, and you will be blessed in everything you do. The test: We can give to the poor gladly and maximally and see what happens. The blessing is—just as it sounds and like other biblical blessings—material. God blesses us to have children, to have full granaries, to have abundant rain—among other things.

Given the blessing is material and that part of our undertaking—indeed, the most relevant part—is commercial, God is making a bold promise: If you give happily to the poor, you will become wealthier.

Why would God seemingly subvert His anti-test instruction in Deuteronomy 6 just four chapters later? A hint, perhaps, was provided in Genesis 18. Abraham is immersed in a conversation with God when three strangers appear. He bolts from his conversation with God to take care of their every need and want. One of these is, of course, their hunger and thirst. The beverage he provides them is milk. Why milk? Perhaps, as Rabbi YY Jacobson points out, because of milk’s unique quality. Its fundamental use is to feed the young. In that process, a mother produces more milk to the extent that she gives it. In this, it breaks the general rule that the amount we have of any material thing diminishes to the extent that we give some away. By serving his guests milk, Abraham is educating us: The more you give generously and enthusiastically, the more you will have as a result.

Here, God is telling us, you can test me.

We are in 2020, an age when the understanding of big data enables us to test and verify all kinds of abstract claims. Let’s see if we can do so here. Rabbi David Wolpe leads Sinai Temple in Los Angeles. He has spent decades as an extraordinary religious leader, both communally and through the biblical teachings that inform his Shabbat morning sermons. In one such sermon, Rabbi Wolpe said that no one ever came into his chambers and said: “Rabbi, I am experiencing financial difficulties because I gave too much to charity.”

This is interesting! Is Rabbi Wolpe’s invitation the test God was talking about in Deuteronomy 15? I have taken his observation to many friends in the clergy—rabbis, pastors and priests. When I pose the question, “Has anyone ever come to you and said that they are suffering financially because of their charitable contributions to the needy?” the reaction is universal. Every clergyperson to whom I have posed this question has said: “No.” And then I’ve asked a follow-up: “Has anyone, perhaps on their deathbed, ever said that their regret is having given too much money to help the poor?” Again: “No, never.”

This “no” often accompanies a laugh and stories about how people have made money through giving (sometimes through relationships they have made through charitable endeavors, sometimes otherwise). Given the number of clergy people I have asked this question, and the number of people to whom they minister, the data set is in the millions.

Out of millions of people, none—according to their clergy—has ever suffered financially from giving to charity.

So, it seems we have, pursuant to Deuteronomy 15:10, unintentionally tested God—and the results are in. Why would God make helping those in need the exception to the anti-test commandment of Deuteronomy 6? Why would He break His rule and allow a test—and one so clear that a failure risks invalidating the entire divine project on earth? Given what God said of the Torah in Deuteronomy 27:8—that it is “well-clarified”—we should be able to easily figure it out.

Indeed, every parent easily can. If we had a child in need and someone devoted herself to helping him, what would we do to help her help our child? That’s easy: whatever we could, within our power. Everyone is a child of God. So, what would God do for those who devote themselves to helping His children in need? Everything He can, within His power. And God is omnipotent and deploys that omnipotence in one direction: toward encouraging us (with, literally, a decree from the divine credit officer) that we will always do well by doing good.

Your ticket for the: Torah Reading Commentary: God’s Deal—Doing Well by Doing Good