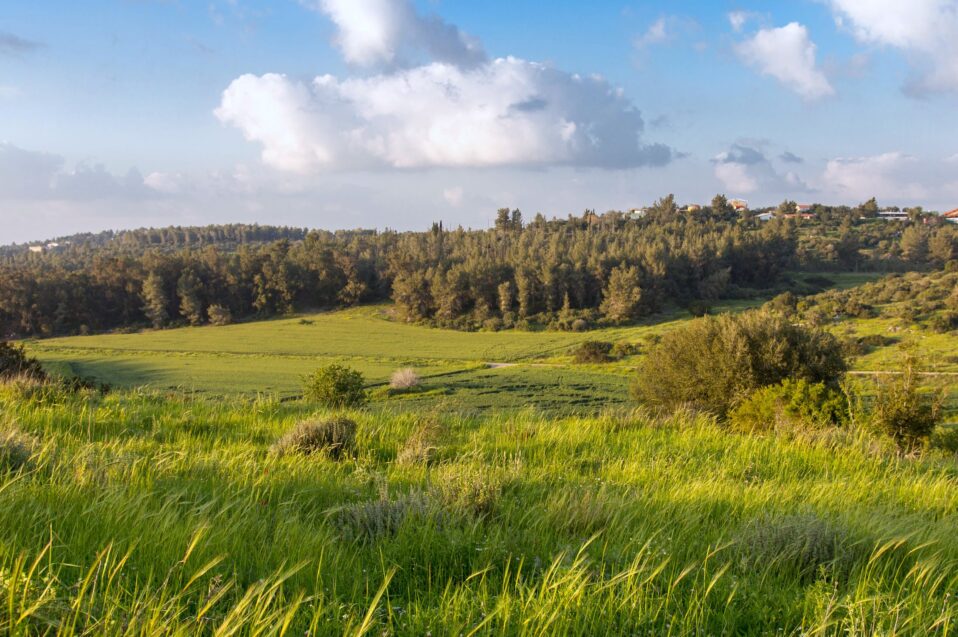 The biblical writers often assume their readers knew the geographic and regional dynamics of the land of Israel. Sites and locations offer more than simply places on a map; they provide the living landscape that shaped and formed the biblical stories. In addition, the authors of Scripture assume we understand the geographical and regional dynamics that played important roles within their stories. A great example of this phenomenon is the Elah Valley. This valley serves as the setting for one of the most famous stories in the Bible: the confrontation between David and Goliath (1 Samuel 17). If the story simply boils down to us as “man kills giant,” we miss the geographic tension created by the author and understood by his audience. Let me explain.

The biblical land of Israel, west of the Jordan River, looks like a loaf of French bread: flat on the sides and puffy in the middle. The puffy middle represents the Hill Country that runs north-south through the land, forming its spine. On the western side of the French loaf along the Mediterranean sits the Coastal Plain. The Philistines lived there. The Israelites lived in the Hill Country, and between these two geographic zones lay a buffer area known in the Bible as the Shephelah of Judah. Low rolling hills with broad valleys characterize the Shephelah. These valleys created west-east corridors for movement between the Coastal Plain and the Hill Country. Many places mentioned in the Bible lie in and along these valleys through the Shephelah; the Bible mentions them because of their situation in connection to these valleys and routes of travel. The Elah Valley provides one of these corridors between the Coastal Plain (and the Philistines) and the Hill Country (and the Israelites).

Located at the western mouth of the Elah Valley as it opens into the Coastal Plain sits Gath, Goliath’s hometown. At the eastern end of this valley—in the Hill Country—lies Bethlehem, David’s hometown. Is it any wonder that Goliath of Gath and David of Bethlehem met in the Elah Valley? But there’s more.

The author of Samuel described the Philistines’ movement into the Elah Valley from the west: “Now the Philistines gathered their forces for war and assembled at Sokoh in Judah” (1 Samuel 17:1 NIV). Their movement into the Elah Valley—as well as its regional dynamics, with Bethlehem situated at its eastern end—indicate that the end goal for the Philistines was Bethlehem. Acquiring Bethlehem provided entry into Judah, and it put them along the main north-south artery in the Central Hill Country. Their actions were not haphazard; they were strategic. And in the midst of these regional dynamics and the struggles between Israel and the Philistines, the author tells of the confrontation between David and Goliath.

He assumed his audience understood the tension created by the geography of the story. The Philistines’ target: Bethlehem. Jessie and David from Bethlehem were concerned with how the battle fared. Where would David from Bethlehem and Goliath from Gath eventually meet? The author provides such a clear description of the valley, its villages, and even the brook that runs through it that one can stand in the Elah Valley identifying the lines of battle, the location of Saul’s forces and the Philistines, and the flight of the Philistines after David’s triumph. When we understand the physical settings of the land of the Bible, a depth of understanding and insight into the stories of the Bible opens before us, and we begin to read the Bible as its first readers did and its authors intended.

Your ticket for the: Biblical Israel: Elah Valley