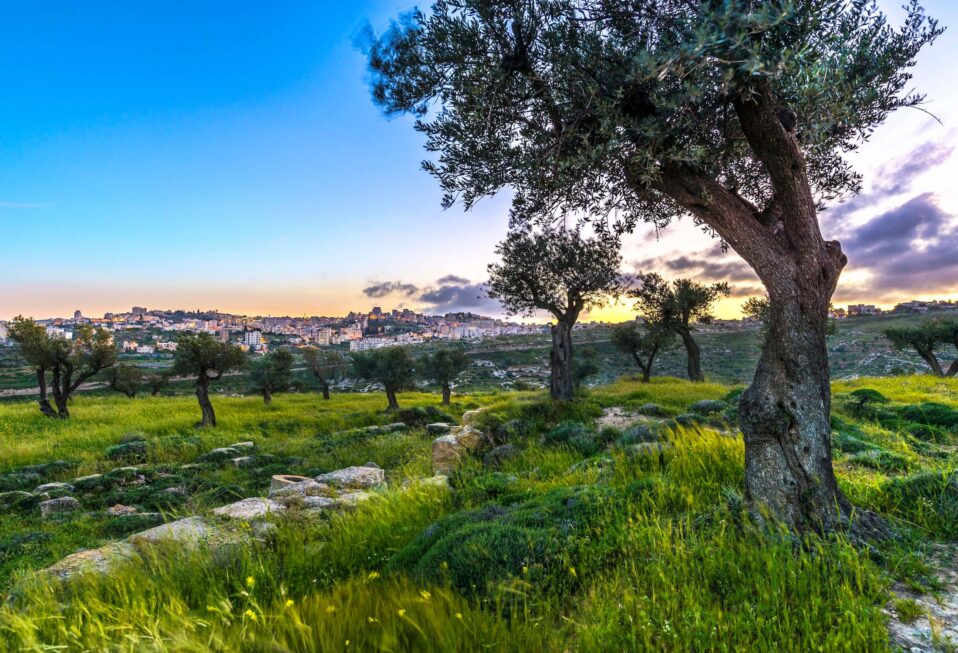 In the fourth century, the Emperor Constantine—as part of his move toward Christianity—built three churches in Palestine (which is the name the Romans called the land at this time). One, the Church of the Nativity, he built in Bethlehem over the traditional site of Jesus’ birthplace. Begun in A.D. 326, the church incorporated the traditional cave identified as Jesus’ birthplace into the building. St. Jerome came to Bethlehem and lived in caves around the church at the end of the fourth century to learn Hebrew from the local Jewish population, so he could translate the Old Testament from Hebrew into Latin (the Vulgate). A Samaritan revolt in 529 partially destroyed the Constantinian church. The Emperor Justinian ordered its rebuilding, which the modern Church of Nativity reflects with minor modifications.

Very little archaeological work has been done in Bethlehem. Most comes from around the Church of the Nativity, but no systematic excavations have been carried out. The modern city of Bethlehem impedes the ability of much archaeological activity; thus, very little is known about Bethlehem’s archaeological past.