Weekly Devotional: The Garden of Gethsemane 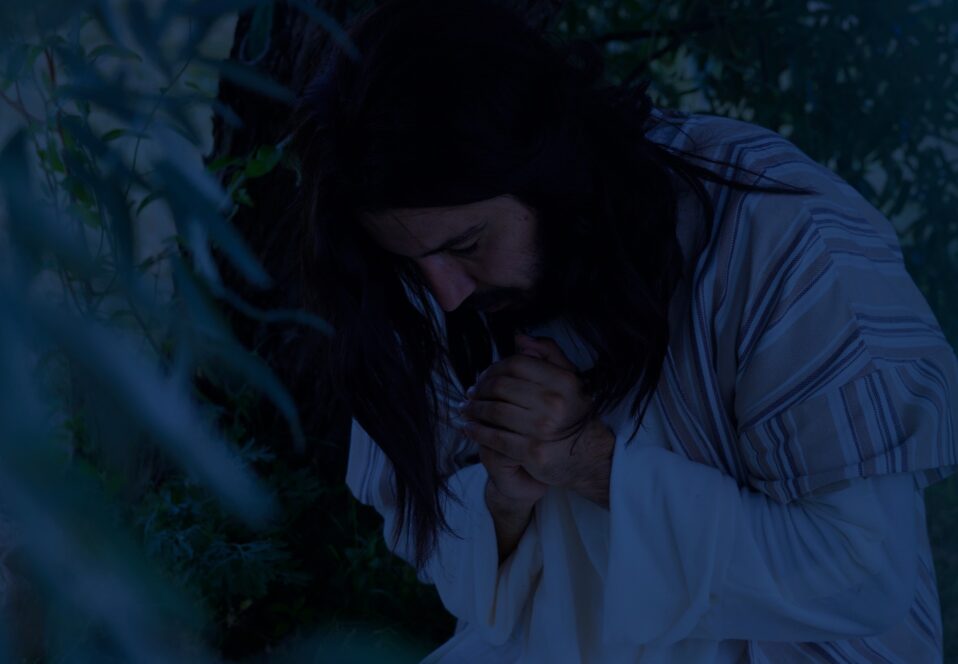 “Coming out, He went to the Mount of Olives, as He was accustomed, and His disciples also followed Him. When He came to the place, He said to them, ‘Pray that you may not enter into temptation.’ And He was withdrawn from them about a stone’s throw, and He knelt down and prayed,  saying, ‘Father, if it is Your will, take this cup away from Me; nevertheless not My will, but Yours, be done.’ Then an angel appeared to Him from heaven, strengthening Him. And being in agony, He prayed more earnestly. Then His sweat became like great drops of blood falling down to the ground” (Luke 22:39-44 NKJV).

Have you ever thought about the daily habits of Jesus? The Gospels only record a very small fraction of His entire life, so what habits would He have daily engaged in as a first-century Jew? Ancient Jewish sources record that Jews in the first century participated in daily prayer, offering prayers in the morning and evening. We also find the widespread practice of reciting the Shema (Deuteronomy 6:4-9) also in the morning and evening, which, outside of the Temple in Jerusalem, took place in homes.

The first-century Jewish historian Josephus indicates that people often attached prayers and blessings to the reciting of the Shema. Jesus’ contemporary sages viewed the reciting of the Shema as one accepting God’s kingdom, His rule and reign, upon themselves. It establishes the right order and relation with God being king and people His servants. It acknowledges that He alone is God and that we should live our lives accordingly. Although we do not hear of this daily practice in Jesus’ life recorded in the Gospels, we can assume that He acted like His countrymen; moreover, this passage clearly played a significant role in His faith (see Matthew 22:34-40; Mark 12:28-34; and Luke 10:25-28).

What impact do you think it had on Jesus to make it a daily habit of submitting His will to the rule and reign of His heavenly Father? The answer appears in His response on the Mount of Olives, this most critical of moments, when Jesus wrestled with God’s will.

As modern readers of the Gospels, we do not feel the tension of this moment created by the geographic location of Jesus’ prayer. The increased drama of the moment can be felt when one understands the exact location.

The Mount of Olives forms a north-south ridgeline on the eastern boundary of Jerusalem. The Kidron valley separated it from the walled city of Jerusalem. It forms the eastern watershed of the hill country around Jerusalem. From the top of its ridge, you can see the steppeland of Judah, which slopes down into the Jordan Rift Valley toward Jericho and the Dead Sea. The land east of the Mount of Olives sits in the rain shadow of the Judean hill country characterized by deeply eroded chalky slopes and infertile soil with a lack of water. This difficult region historically served as a refuge for political figures and spiritual ascetics.

The traditional location of the “Garden of Gethsemane” sits on the lower slope of the western side of the Mount of Olives. The tradition identifying this as the location of Gethsemane dates to the Byzantine era (4th–6th century A.D.) and cannot be considered definite. Nevertheless, according to the Gospels, Jesus prayed that final night somewhere on the Mount of Olives. From the bottom of the western side of the Mount of Olives, one can leisurely walk to the top of the ridge in 20 minutes. Another 20 minutes and you are in the eastern wilderness, a place of refuge for those seeking asylum from the authorities. When Jesus prayed that night, “not My will, but Yours, be done,” He physically sat in a geographical location that presented Him with a doorway of escape. An hour’s walk would have taken Him to freedom! He could have avoided Caiaphas, Pilate, and the cross.

But He turned His back on the doorway of escape and went to the cross in complete submission to the will of His Father. Have you ever wondered how Jesus was able to make the decision He made in that pivotal moment? While many would answer, “because He was the Son of God,” which is true, it is vitally important that we not minimize or diminish the real humanity of Jesus. As a human being, is it possible that Jesus was able to submit Himself to His Father’s will on that crucial night because He had made it a daily habit to do so each and every day of His life?

We often equate true spirituality with how we live in the big moments of life. But we fail to realize that we condition our performance and our obedience in the big moments by how we choose to live every day. Our daily habit of pursuing a trusting relationship with God and forming disciplines that are vital to our living in obedience to Him will ultimately impact the choices we make when it counts most.

Jesus chose the will of the Father in Gethsemane, even while standing at the door of escape, because He had made it a daily habit to trust His Father and submit to His will throughout His entire life. In a moment when He could have run, His habit of daily trust and submission to His Father’s will took precedent. And because of that daily relationship and discipline—a central part of the ancient Jewish faith—the world has never been the same.

We need to be careful not to define spirituality by only the big moments. We should not despise the daily and mundane moments of life that provide us the opportunity to build trust in God and learn to submit to His will. If we want to truly follow Jesus, what might we learn from how He lived His everyday life according to the Gospels and what we know about ancient Judaism?

Father, in all things in our life, not our will but Your will be done. Amen.

Your ticket for the: Weekly Devotional: The Garden of Gethsemane

Weekly Devotional: The Garden of Gethsemane