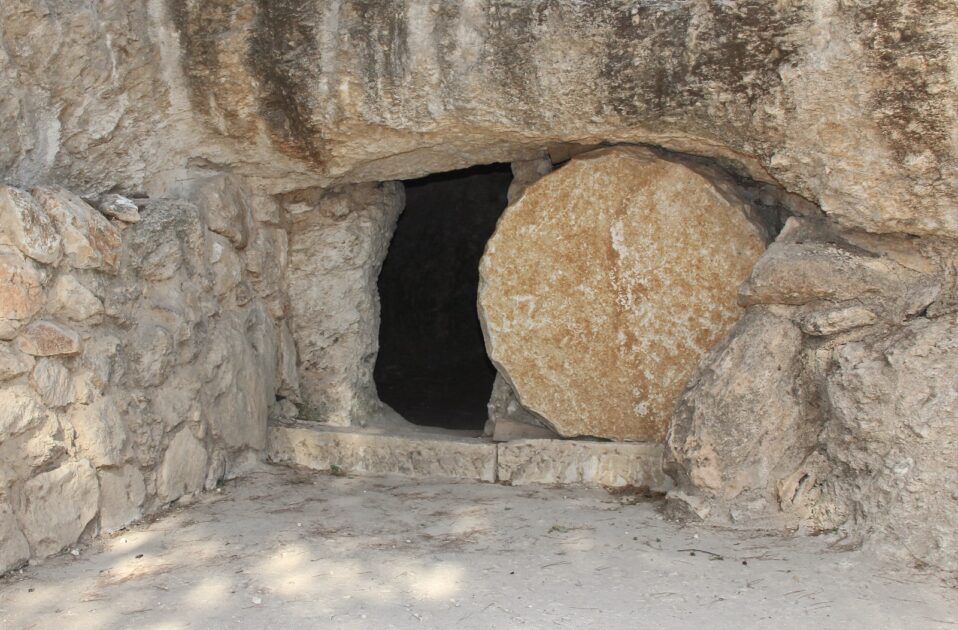 Bible readers find the issue of Jewish burial customs and tombs interesting due to the story of the death and resurrection of Jesus. While the Gospels do not provide an exact location for the tomb of Jesus, although tradition and archaeology does support the traditional location of the Holy Sepulchre, they do offer several interesting details about Jewish burial practices and the style of tombs used in the first century. And, since he was placed in a new tomb, in which no one had ever been laid (Luke 23:53), the style of his tomb must have been one of two known from the first century.

Originally ossuaries served one individual, so the dimensions of the ossuary were the length of the femur and the width and height of the pelvis and skull. Many ossuaries, however, contain the bones of more than one person (and not complete persons at that). Most of the ossuaries discovered bear decorations, although they can be plain. Professional craftsmen decorated the ossuaries using a compass, ruler, straightedge, carving knife, gouge, mallet, and chisel.

Many ossuaries bear inscriptions in Hebrew, Aramaic, and Greek. These inscriptions were not done by professional scribes, but in the semi-dark of the cave by family members, to identify the deceased. Archaeologists excavating south of the Old City of Jerusalem in 1990 discovered an ornately decorated ossuary bearing the inscription “Joseph, son of Caiaphas,” the high priest who turned Jesus over to Pilate. It held the bones of a sixty-year-old male, and in the eye sockets of the skull were two coins. The practice of secondary burial in ossuaries date from the period of the first century B.C. to the first century A.D. Jews could also bury in coffins during this period as well.

In addition to the kokhim tomb, arcosolia tombs began to appear sporadically during the first century. The arcosolia is a bench-like aperture with an arched ceiling hewn into the length of the wall. This style of burial was more expensive since only three burial places existed within a tomb chamber instead of six or nine, as typically found within kokhim tombs. Approximately 130 arcosolia tombs have been discovered in Jerusalem and over half of them also contain kokhim. Ossuaries (bone boxes) could be placed on the arcosolia benches.

Your ticket for the: Biblical Israel: First Century Tombs and Burial