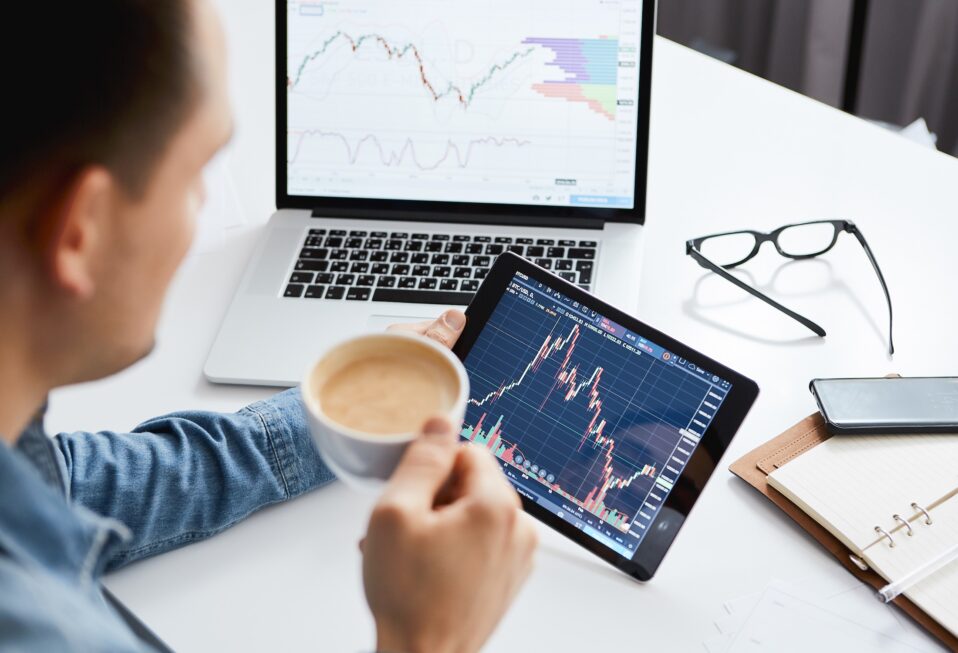 One of the most important concepts in finance is “reversion to the mean.” Core to everything from options pricing to stock valuation, this concept incorporates the belief that prices will revert to the place where they have mostly been. If a stock is trading at significantly below its historic price-to-earnings ratio for no specific reason (the emergence of a strong competitor, a scandal in the management), a trader might reasonably buy on the assumption that the P/E ratio will revert to its mean.

The Torah, in the Exodus story, shows us reversion to the mean is not just a finance concept. It describes one of the biggest problems in life, and the Torah—being God’s guidebook for living—prescribes the solution.

We have all (hopefully!) experienced religious, spiritual, or emotional highs. These might come at one’s wedding, upon being told you’re pregnant, at the birth of a child, at a Bar Mitzvah or christening, upon hitting the winning shot in the big game, upon falling in love at first sight.

The term “high” is appropriate here, as it is the feeling of being lifted above the normal range of emotions. This high is a wonderful, and perhaps the best, part of life. The reality, though, is that it has a very short life. The player hits the shot to win the state championship, but the math test is still on Tuesday. The wedding is full of prayers and toasts, dancing and reuniting. The honeymoon extends the high—but soon there is garbage to be taken out, a bothersome relative to deal with, and clients who need their project done on time. The baby is born and everyone celebrates—and then the sleepless nights begin.

Hence, one of the ironies of life: So much joy consists of anticipating, striving for, and living these highs in a life that will inevitably, and quickly, revert to the mean. This reversion will bring emotional volatility that can be destabilizing and even depressing.

Judaism offers us two ways to cope with this reversion—neither of which, importantly, involves denying ourselves these highs. First, we prepare ourselves for the reversion in the midst of our highs. For instance, the first act of a married man, while he is still under the chuppah (the Jewish marital canopy), is to step on and break a glass. We do this to remind ourselves, in this moment of our greatest joy and hope, that the Temple was destroyed. By acknowledging one of our greatest national sorrows in the midst of joy, we are reminded of the complexity of life—and that we can destroy this marriage as easily as we can break the glass.

The second way is immortalized in the famous song of the sea that opens Exodus 15. The Jewish people had just experienced the greatest high in the history of the world. God had just liberated us from Egyptian slavery, with the final act being the parting of the Red Sea—an act so awesome that its modern rendition constituted two of the most popular movies of the 20th century.

This moment inspired the Jews to do something no one in the Bible had done before: sing. This is understandable; the emotions of such a moment could not be expressed in words alone. They needed song and dance.

The opening lyrics to the song, though, reveal how Moses wanted the people to handle the moment. It would solve the problem of reversion to the mean. “I will build a shrine to God,” the song says (according to the ancient commentator Onkelos). In other words, per Boca Raton Synagogue Rabbi Efrem Goldberg’s interpretation of Onkelos, the Jews would not only celebrate the moment. They would dedicate it to God, and in so doing allow it to last forever.

How did Moses and the Jews “build a shrine to God”? Most commentators link this lyric to the building of the Temple, which occurs shortly after. The gift of the verse, though, is what it arouses us to realize and what it inspires us to ask. If the Jews in the desert can enshrine the greatest feeling of all time, we can enshrine how we feel when we get married. How, though, can we do so?

We do not have to build a Temple. However, let’s say someone wins the lottery and suddenly becomes a millionaire. She could take a significant part of that windfall and establish a perpetual scholarship for needy children. Let’s say a soccer player, in overtime, dribbles through a defense and scores the winning goal as time elapses. The player becomes regionally famous. He could build on the respect of the local kids to coach them and to instill in them the habits that will lead them to succeed on and off the field.

The lottery winner would experience her high whenever one of those children graduates from the school she enabled them to attend. The center forward would experience his high with the success of each child he coached.

But imagining each of these two hypothetical winners leads us to another realization. They will not only experience the high over and over; they will also create the potential for the furthering of the original experience. We realize the Torah’s formulation—“build a shrine”—is perfect. When we build something, it becomes greater. The winner will not just experience the high again and again. The winner will experience the original high, plus the ever-increasing pleasure that comes with building and growing one’s most treasured creation.

And this can last forever—and in so doing create a new mean to which we will never revert.

Your ticket for the: Torah Reading Commentary: Reversion to the Mean