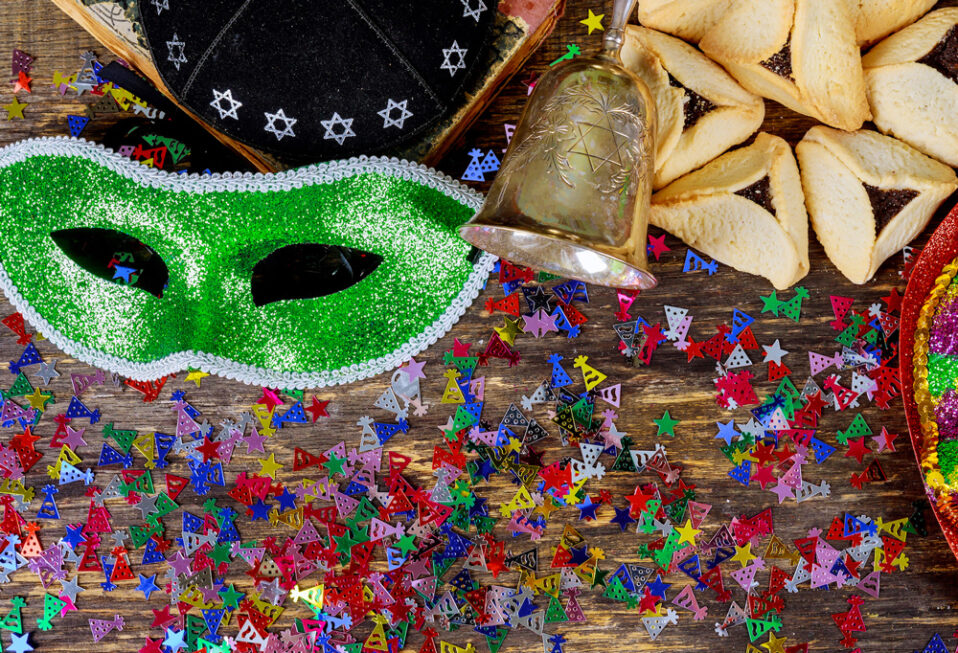 Before the worldwide outbreak of COVID-19, if you said the word “masks” in Israel many people would think about the holiday of Purim! It’s a festive time of celebrating, where children dress in costumes to celebrate the Jewish people’s rescue from—and victory over—a wicked government minister who wanted to destroy them thousands of years ago, as recorded in the book of Esther in the Bible.

“And Mordecai wrote these things and sent letters to all the Jews … that they should celebrate yearly the fourteenth and fifteenth days of the month of Adar, as the days on which the Jews had rest from their enemies, as the month which was turned from sorrow to joy for them, and from mourning to a holiday … because Haman, the son of Hammedatha the Agagite, the enemy of all the Jews, had plotted against the Jews to annihilate them, and had cast Pur (that is, the lot), to consume them and destroy them; but when Esther came before the king, he commanded by letter that this wicked plot which Haman had devised against the Jews should return on his own head, and that he and his sons should be hanged on the gallows. So they called these days Purim, after the name Pur” (Esther 9:20-26 NKJV).

And although Esther is the only book in the Bible where the name of God is not mentioned at all, His fingerprints are all over it!

“The book of Esther is kind of about the end of the world—Jerusalem’s destroyed, there are no more prophets, God has stopped speaking to people and you can’t see Him anywhere. The kingdom is gone, the armies are gone, the glory that was Jerusalem and Israel is gone and the Jews are scattered throughout the Persian Empire,” said Yoram Hazony, author of God and Politics in Esther.

“And the question of the book of Esther is, can there be any hope in this kind of world of despair?” Hazony added, “Something that ought to be able to speak to us today?”

Haman—an evil advisor to King Ahasueres (Xerxes) with a Hitler-like desire to wipe out the Jewish people—conspired to kill them all throughout the ancient Kingdom of Persia (modern-day Iran) on a single day. Since the King trusted Haman, he agreed.

But, unknown to the King, his beloved Queen Esther was Jewish. She and her cousin Mordechai exposed the plot and turned the tables. So, instead, the Jews were rescued from and became victorious over their enemies—and that’s what they celebrate at Purim.

“We all like favor, we all like political favor, we love it when people love us and Esther does, too. She loves being queen,” says Hazony. “But the question is, when it comes down to it and you need to do something to throw away that favor—throw away political favor in order to do the right thing—do you have it in you?”

At the Western Wall and in synagogues in Israel and around the world, Megillat Esther, or the scroll of the Book of Esther, is read on Purim. But this reading is unlike any other. Parents and children dress up in costumes—at one time it was to imitate the biblical characters, now it includes popular costumes, too. They cheer when the names of heroes Mordechai and Esther are read and boo and use noisemakers when the name of Haman, the villain, is mentioned.

According to Rabbi Welton, there are two possible reasons for the costumes: to symbolize either how Esther concealed her identity until the last moment or how God was a “concealed force behind the salvation of the Jews.”

Sending financial gifts to the poor and food gifts to others are traditions. Some Jews have a Purim feast. A special treat called hamentaschen (Haman’s hat in Yiddish) or oznei Haman (Haman’s ears in Hebrew) is a triangular cookie filled with dates, chocolate or nuts that’s eaten at the holiday.

Hazony summed up Purim like this: “The Persian Empire. One Jewish Woman. Guess Who Wins?”

Your ticket for the: Purim: The Story of Esther