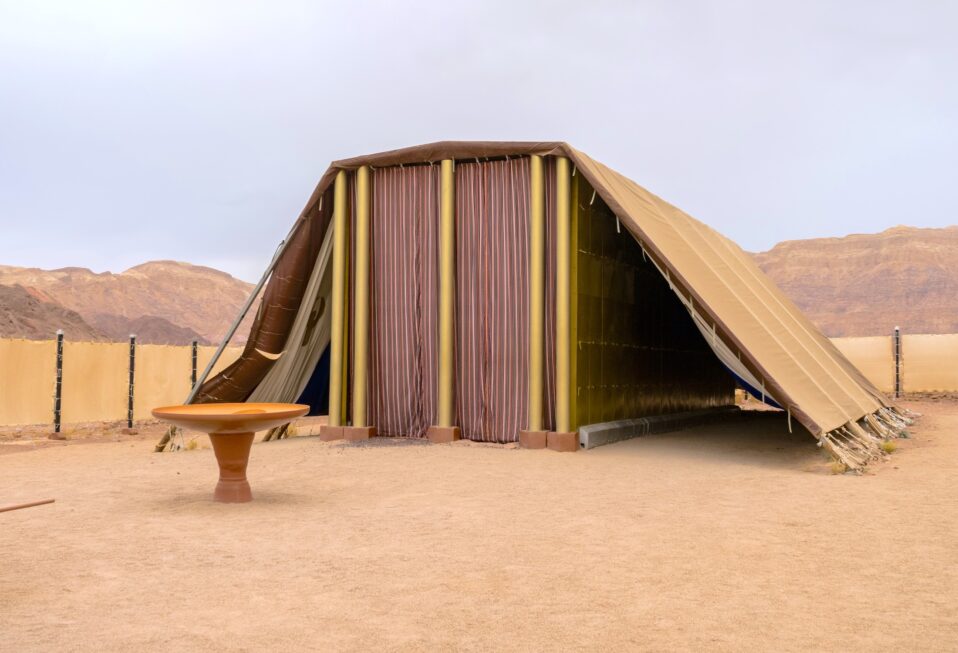 The word “spirituality” has become rather common in American English. It is often, but not always, used in the context of someone who says he is not religious but “spiritual.”

The Bible does not have anything to say about spirituality specifically. Perhaps this is because the concept would not have been prominent or even extant in the world of Abraham and Moses. However, a Jewish teaching from the great 18th-century Rabbi Simcha Bunim of Peshischa (in what is now Poland) offers an instructive perspective. The Rebbe Reb Bunim, as recently recounted by the remarkable Rabbi YY Jacobson, once remarked that the true definition of a spiritual man is he who always imagines his head lying in a guillotine, his evil inclination hovering above it—ready to chop off his head at a moment’s call.

One of his students asked, “What if one does not have that feeling?”

“In that case,” the Rebbe responded, “his head has been chopped off already.”

This conception of spirituality is not exactly what one might receive during a “spiritual experience” while doing yoga or in the mountains—and that’s the point. Spirituality is embedded within a religion whose function is to help us improve ourselves en route to building a dwelling place for God here on earth. This is a serious calling, with the high expectations and substantial responsibility that comes with being God’s partner.

George Foot Moore, a Presbyterian minister in the 19th and 20th centuries, was also one of the great scholars of Judaism in his era. I do not think the term “spirituality” was used then as it is now—the idea was probably expressed in the word “philosophy.” And Professor Moore captured the distinction between the two. “The difference between philosophy and religion,” he said, “is that religion does something about it.”

How does religion “do something about it”? The answer is revealed in the four parashot—Torah portions—that constitute mid-Exodus (18:1-30:10): Yitro, Mishpatim, Terumah, and Tetzaveh. The main event of Yitro is also the main event in the history of the world. Moses ascended Mount Sinai and received the Ten Commandments from God. The people waited at the foot of the mountain in a display so spectacular and an experience so powerful that the Bible tells us they “saw the sounds.”

This once-in-human-history religious high is followed by Parshat Mishpatim, which is composed of dozens of civil and criminal laws governing everything from the distinction between murder and manslaughter to the responsibility of a property owner who has not covered a pit to the rules of collateral. A religious high—a spiritual experience, perhaps—must, we learn, be grounded in a structure that enables real people to live the faith together in an always-complicated world.

Parshat Mishpatim is full of detail, but in the way all laws are. In order to govern behavior, laws need to predict and describe that behavior—and the only way to accomplish that is with an abundance of detail. But Terumah and Tetzaveh come with entirely different details. These details govern the precise measurements of the Temple, the exact specifications of the priestly clothing, and other such things. There is so much detail about so many things that one is led to ask: Isn’t religion supposed to transport us above such things? And why would the Bible, in which every word is precious, devote so much space to, for instance, the length, width, height, and ring placement of and on the Ark? Who cares if the ark was three cubits instead of two and a half? Even if God wanted two and a half cubits, which He apparently did, why would its measurement have warranted a place in the Torah? Everyone agrees that most of what happened in the world of the Torah—from the weather at the Covenant Between the Parts to why Moses and Zipporah divorced—is not recorded there and is left to our imagination.

The answer: Because God knows us and loves us and, therefore, is willing to meet us where we are, not where He is or where He might wish us to be. Where are we? The answer is revealed in Genesis 9:20, in the biblical description of the man God chose to survive the flood and recreate the world: Noah, the Torah tells us, was a “man of the soil.”

We are people of the soil. Although every individual is given a special mission and called to divine service, we are people who live firmly in the world. Even though God is infinite and we are created in His image, we are place-bound. This truth is magnificently illustrated in a story about the young Yaakov Yitzchak of Lublin, the 18th-century Rabbi who became known as the “Seer of Lublin.” When he was a child, he would wander into a nearby forest every afternoon and stay there for a long period of time. His parents, concerned about their son spending so much time alone in a forest, asked him why he went there so frequently.

His parents, presumably happy to hear about the searching piety of their son, gently reminded him that he does not have to go to the forest to find God, as God is the same everywhere.

God tells us, in Exodus 25:2, He is good with all of that and that He, too, wants a place. But of  course, God does not need a singular place—the very notion is ridiculous. However, God says in verse 8 that the place shall be such “that I may dwell in them.” It will be God’s place, insofar as we will find divinity there. We will find it in a carefully constructed edifice that we build with our hands and that we will use to gather regularly for prayer, for justice, for service, and for community. And it works. The stories of the Torah in the passages before and after Tetzaveh are full of disputation and conflict within families, between brothers, between the Jewish people and God (especially at the Golden Calf), and even lead nearly to civil war (Korach’s Rebellion). But when people are working together to build something in the service of God, all we see is harmony and peace.

This is by no means limited to the construction of the singular Tabernacle at that time and place. Many Rabbinic commentators interpret the expression “so shall you do” at the conclusion of the verse ordering the Tabernacle to refer to generations of Jews in the future. The Tabernacle, where God showed such care to its every detail, should therefore be a model for our homes. And therein lies a divine message. “Fine,” God is saying, “you can be place-bound. But make it a place I want to visit. Design your place in such a way that it is conducive to holiness and brings out the divine spark in you and all else who enter it.”

Your ticket for the: Torah Reading Commentary: The Theology of Details