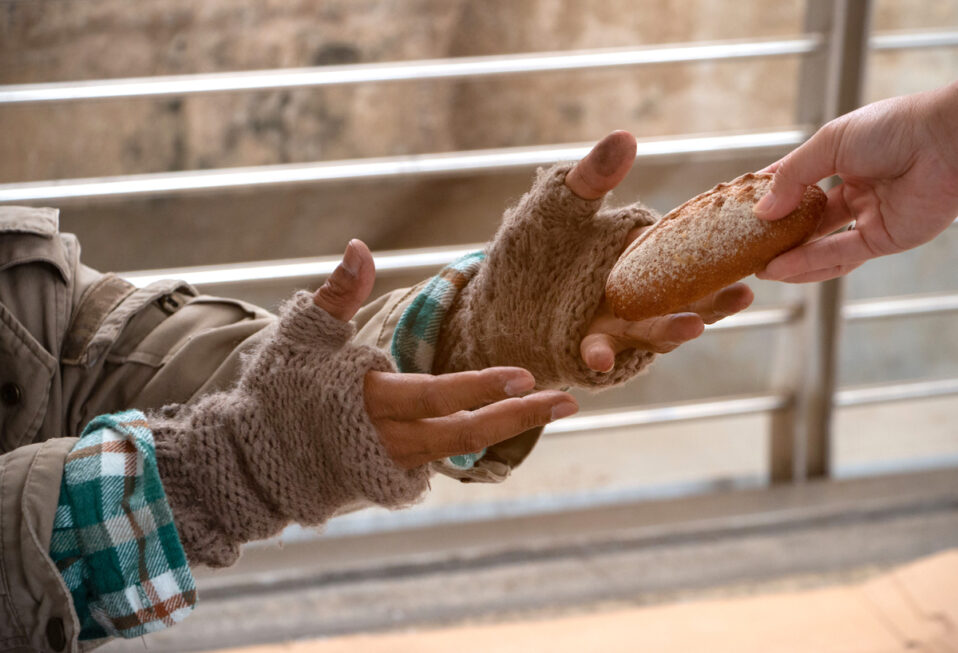 If there were a contest for the least Jewish expression in popular parlance, a leading contender might be: “Sticks and stones may break my bones, but words shall never hurt me.”

God could have created the world using any technique and done so instantaneously. Instead, He chose to do so with a succession of expressions, each beginning with “God said.” We are all familiar with the Ten Commandments, but the correct translation is: Ten Words. God’s words are demonstrably powerful and intentional.

The Rebbe Menachem Schneerson, one of the giants of the faith of the 20th century and of all time, was particularly attuned to the importance of words. The conventional name for “hospital” in Hebrew is Beit Holim—“House of the Sick.” He always used another term, Beit Refua—“House of Healing.” Similarly, he would never use the term “deadline,” but instead “due date.”

In that spirit, let’s consider “Mercy”—which is, according to Wikipedia, “a game of strength, skill, endurance, and pain tolerance popular in Britain, Canada, Pakistan, India, the United States, and elsewhere. The game is played by two players who grasp each other’s hands (with interlocked fingers). The aim is to twist the opponent’s hands or bend the fingers until the opponent surrenders.”

This is an unfortunate game, and not only because of the tissue damage it can cause in the hands of contestants. It is unfortunate because mercy is one of the most important Judeo-Christian ideas, and the game gives children a completely distorted introduction to it.

The importance of mercy is to be found in the answer to a fundamental question of faith: What is God? Many will answer that God is omnipotent, omniscient, and invisible—yet everywhere. All of that, and more, might be right. But the Bible, our ever-present companion and guide, provides us the answer—in the words of God himself. In Exodus 34:6, God describes Himself. Judaism rarely has a name for a biblical passage. But it does in this case. We refer to God’s self-description as the “Thirteen Attributes of Mercy.”

Each of the 13 attributes is appropriate for its subject and is both fascinating and worthy of deep contemplation. They do not all describe what we would even broadly refer to as mercy. Yet, many translate them using the same word: “mercy.” The God of the Torah is, of course, quintessentially multifaceted. Yet when we want one word to describe God, we choose “merciful.”

Justice is effectively actualized truth—it is, in an absolute sense, what one deserves. Isaac Newton’s third law of motion states that every action produces an equal and opposite reaction. Gravity is one example. That every crime should be prosecuted with a legally ordained punishment is another.

Kindness, on the other hand, is characterized by giving freely, regardless of whether the recipient deserves what he is being provided.

It is a staple of Jewish culture that the answer is often provided before the question. This is certainly the case with mercy. God may have announced Himself as merciful in Exodus 34, but He already demonstrated it in Exodus 22, in the unlikely context of commercial law. He allows one Jew to take collateral from another but requires that said collateral be returned before sunset. This is not because the deal is expected to be completed within a day. Rather, God explains: “The cloak [collateral] is the only covering your neighbor has. What else can they sleep in? Therefore, if he cries out to Me, I will listen, for I am compassionate.”

In other words: “How could you be thinking about strict justice when your neighbor has nothing to sleep in? What is wrong with you?”

The quality of mercy is best described in modern times through New York’s Mayor Fiorello LaGuardia. In the recounting of this story provided by Rabbi Yoseph Y. Geisinsky, Mayor LaGuardia stopped by night court on a freezing night in January of 1935. He told the judge that he would take over that night.

An elderly woman came before Mayor (now Judge) LaGuardia, charged with stealing a loaf of bread. She explained, in the depths of the Great Depression, that she stole the bread to feed her grandchildren who would otherwise be without any food.

Mayor LaGuardia asked the shopkeeper if he still wanted to press charges. The shopkeeper said that he felt for the woman but that no one could stay in business if robbery was tolerated.

The penalty for that kind of robbery was $10 and 10 days in jail.

Mayor LaGuardia announced, “Justice is justice.” He fined the woman, took $10 out of his wallet, gave it to the woman, and told her to pay the fine. He then looked around the courtroom and fined everyone $.50 for the crime of living in a city where a grandmother had to rob a store in order to feed her grandchildren. Everyone, including the shopkeeper, paid—and Mayor LaGuardia handed the woman $47.50.

He received a standing ovation, making the shopkeeper surely the only robbery victim to ever pay the thief—and be happy and uplifted by it.

Where did Mayor LaGuardia acquire such wisdom? One cannot know for sure. He was Jewish in the same way that Elvis Presley and Cecile DeMille were—straight through the maternal line, making him (by the standards of Jewish law) fully Jewish. So perhaps he learned, directly or some other way, through Jewish memory.

The Talmud, as Rabbi Gordon relates, tells the story of the great scholar Rava. A fellow sage brought a case before him in which he was demanding compensation for barrels that had been broken by hired porters. This sage had taken the cloaks of the clumsy porters as collateral, assuming that Rava would rule in his favor and at which point he was prepared to return the cloaks. To his surprise and likely dismay, Rava ruled that not only must the sage return the cloaks immediately and without compensation, but that he must pay the porters for their labor (Bava Metzia 83a).

In both cases—the Talmudic original and Mayor LaGuardia’s application to contemporary times—we learn about mercy and, by extension, about God. Mercy is about acknowledging that strict notions of justice are right and relevant, but that they often must be tempered by kindness. A disputant can take comfort that he is absolutely right yet also agree to stand down.

After all, isn’t that what we—failed, broken, and disappointing people—want God to do with us?

Your ticket for the: Torah Reading Commentary: Mercy