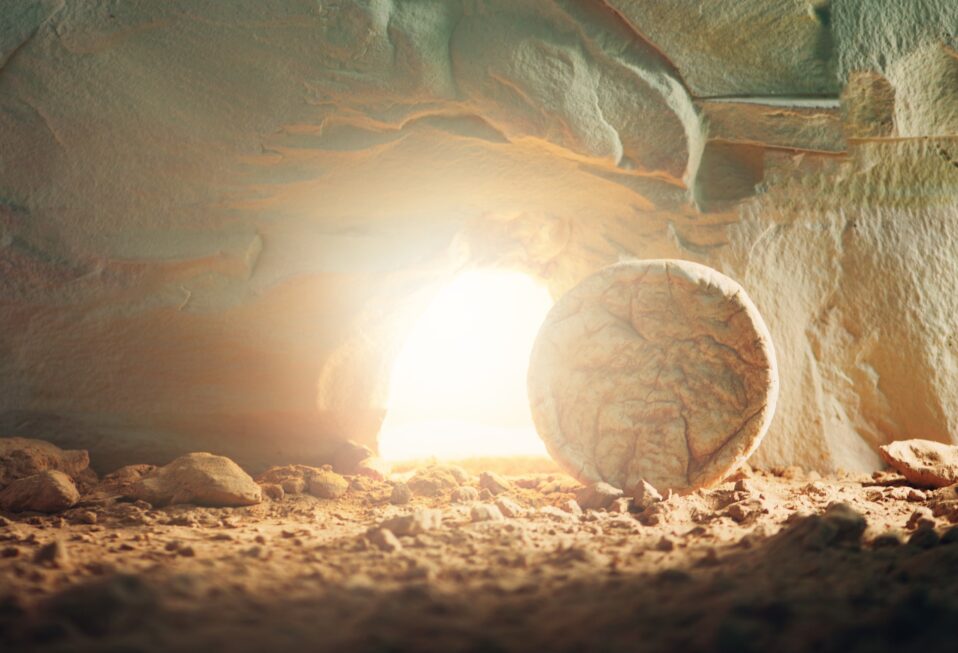 “But on the first day of the week, at early dawn, they came to the tomb bringing the spices which they had prepared. And they found the stone rolled away from the tomb, but when they entered, they did not find the body of the Lord Jesus. While they were perplexed about this, behold, two men suddenly stood near them in gleaming clothing; and as the women were terrified and bowed their faces to the ground, the men said to them, ‘Why are you seeking the living One among the dead? He is not here, but He has risen. Remember how He spoke to you while He was still in Galilee, saying that the Son of Man must be handed over to sinful men, and be crucified, and on the third day rise from the dead.’ And they remembered His words” (Luke 24:1-8 NASB).

The Romans crucified thousands of Jews in the first century; Jesus was one of them. His death on a cross was not unique. It proved to be a stumbling block to the Jews and foolishness to the Gentiles (1 Corinthians 1:23). The difference: the resurrection. Jesus walked out of the tomb.

The resurrection became the cornerstone of the New Testament message that Jesus was God’s Messiah. He “was born of the seed of David according to the flesh and declared to be the Son of God with power according to the Spirit of holiness, by the resurrection from the dead” (Romans 1:3-4 NKJV). When Paul stood in Athens addressing the pagan Athenians, he sought common ground to proclaim his message to them—an altar to an unknown god, quoting their poets, not quoting the Jewish Scripture—yet the one thing he could not equivocate on was the resurrection, even though Greeks found it to be foolishness (Acts 17:16-34).

The resurrection of Jesus served as God’s promise to those who are faithful that they too will participate in the resurrection at the end of the Age (1 Thessalonians 4:13-18; 1 Corinthians 15). It also provided a powerful reversal. The crucifixion and death of Jesus left the hopes of many shattered (Luke 24:21). While Jesus died fully trusting His good and loving Father, His followers did not share the faith of their master. But God specializes in turning the dark into light, making the impossible possible, and bringing life from death.

In the resurrection of Jesus, God triumphed over the grave. He brought life from death; He turned darkness into light. He gave hope. This is why in the midst of our deepest darkness and despair, we do not lose faith. No matter how dark the night, how devastating the diagnosis, how impossible the situation, God will triumph. He will transform death into life and darkness into light; and so, we have hope. Why? Because Jesus walked out of the tomb.

The Apostle Peter firmly declares the hope we have because of the resurrection: “Blessed be the God and Father of our Lord Jesus Christ, who according to His great mercy has caused us to be born again to a living hope through the resurrection of Jesus Christ from the dead, to obtain an inheritance which is imperishable, undefiled, and will not fade away” (1 Peter 1:3-4 NASB).

Even when we come to the end our lives and face our own death, we have nothing to fear. We have extraordinary hope, for ourselves and our loved ones. Why? Because Jesus walked out of the tomb.

Father, You are our hope. Even in our darkest moments, You bring us light and life, and therefore we trust You. Thank you for the hope we have in the resurrection. Amen.

Your ticket for the: Weekly Devotional: He Is Risen