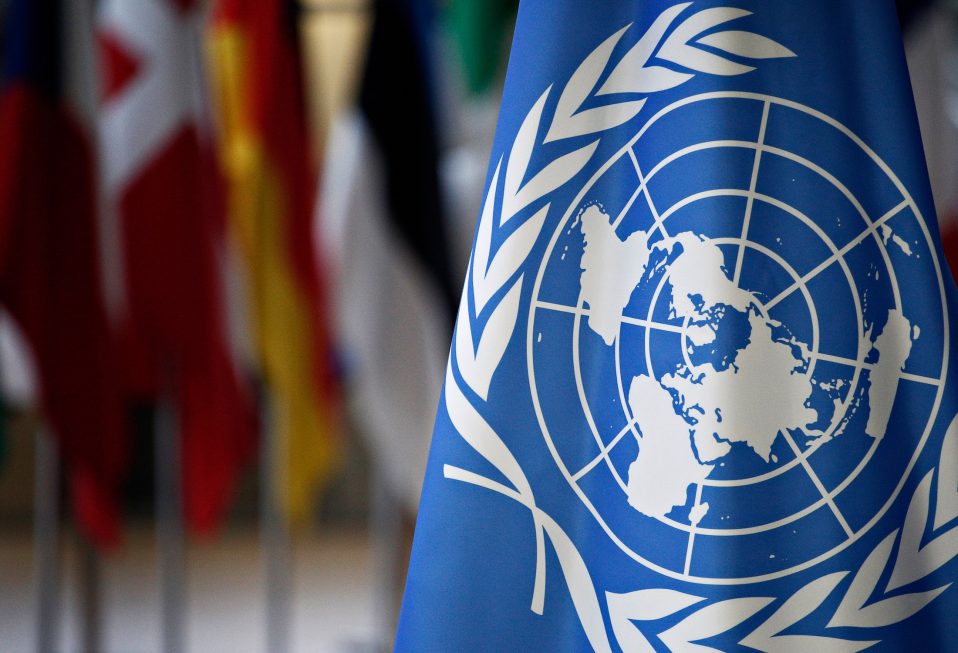 The United Nations initiated the Universal Declaration of Human Rights in 1948 after the Nazi genocide of six million Jews. Its words affirmed the dignity of all world citizens, regardless of who or what they were or where they lived. Indeed, it was a fine and desperately needed effort to coax the world into a common bond of cooperation after the 20th century’s devastations in World War I and World War II.

Today, 47 countries sit on the United Nations Human Rights Council (UNHRC). The founding goals of the UNHRC have faded into a pattern of outright hypocrisy and hatred against Israel. The fact is 59% of the Council’s membership is made up of nations governed by dictatorships of varying degrees, with some of the world’s most oppressive human rights violators: China, Cuba, Libya, and Venezuela.

The United Nations Human Rights Council is an example of Isaiah 5:20: “Woe to those who call evil good and good evil, who put darkness for light and light for darkness, who put bitter for sweet and sweet for bitter.” That’s because under the UNHRC, the emphasis on protecting “human rights” has unfortunately been turned into inflicting “human wrongs—not only against Jews and Israel but by neglecting millions of suffering humans in countries run by dictators.

Just consider: Since 2015, UNHRC has passed 219 resolutions against Israel—but exactly zero against China, Cuba, Libya, and Venezuela. Hillel Neuer, executive director of Geneva-based UN Watch, rightly diagnoses it as a “pathological obsession” against the world’s only Jewish state. The non-profit organization tracks United Nations policies and actions with a focus on accountability. UN Watch is important in codifying a clear, factual understanding of the unreliable, inept, and often treacherous nature of the United Nations.

How do nations that violate the human rights of their own citizens end up on the UNHRC? Every year, the U.N. General Assembly holds elections where nations are voted into three-year alternating terms. Their guidelines are determined by something they call the United Nations Regional Grouping System. The regional groups are designated African, Asia/Pacific, Eastern European, Latin American/Caribbean, and Western European/Others. The guidelines are based on what they call the “equitable geographic rotation.”

Therein lies the problem. “Equitable” can be a positive word, meaning “dealing fairly and equally with all concerned.” But in cases of right, wrong, and common sense, it falls far short of producing the right results. “Equity” assumes that all involved will operate from a desire to achieve the best values for everyone.

Unlike the United Nations, Israel since its modern inception in 1948 has maintained a parliamentary democracy for its 1.5 million Arab citizens, as well as Druze and Christian citizens and the Jewish majority. Israel guarantees freedom for the three monotheistic religions: Judaism, Islam, and Christianity. Israel has prospered with innovations, a larger Jewish population returning to their ancestral homeland, and a nation that is active in the betterment of the world.

Nevertheless, Israel has had to fight off eight wars, two Palestinian Intifadas (uprisings), and three defensive armed conflicts with Gaza terrorists. Israel’s borders with Gaza, Lebanon, and Syria are hotbeds of strife, with weapons stockpiled by the Iranian Imams who are the skilled and hateful puppeteers of anti-Israel terror. These continuous threats against Israel have resulted in their need to develop an enormously skilled military to survive—and to protect the nation that only longs for peace.

Iran’s threats are well known; the nation’s leaders consistently broadcast their goal to destroy Israel. Now, they are ramping up their uranium enrichment to the highest levels ever. They are testing the Biden administration in many ways. The Middle East is decidedly changing with President Joe Biden’s efforts to be accommodating, efforts that portray only weakness. His administration’s highly controversial pursuit of restarting the flawed Iran deal is opposed not only by Israel but also by Arab states in the region. The accomplishments of the Abraham Accords are expanding between the signatories, but nervousness is evident as Israel and the Arab Gulf States wonder what President Biden will undermine next.

For example, he has restored contributions to the Palestinian Authority, thus undoing U.S. bipartisan legislation. The Taylor Force Act prohibits U.S. contributions to the Palestinian Authority (PA) for paying compensation to terrorists who murder Jews and Americans. The PA has not stopped these payouts or their hateful public incitement since the March 2016 attack that killed former U.S. Army officer Taylor Force. Additionally, the U.N.’s habit of decrying Israel’s “terrible” treatment of Palestinians is inexplicably matched only with silence when it comes to the more than 200,000 Palestinians living in Lebanon—where they languish in poverty, are denied citizenship, and allowed only low-level jobs.

Self-determination bespeaks of freedom, and the Palestinians surely need it. Yet, the UNHRC ignores Palestinian Authority President Mahmoud Abbas’s governing style, what I describe as a “soft dictatorship.” The 85-year-old Abbas has held office since 2005. It was a four-year term. He finally announced an election scheduled for May 22 after 15 years in office. He has now canceled new elections again in a decade-long habit of finding excuses to blame Israel. The real reason—according to many in the know, including the Arab press—is the level of infighting among Palestinians.

With elevated concerns about Iran in the Middle East and the UNHRC, President Biden’s new Ambassador to the United Nations, Linda Thomas-Greenfield, will hopefully be well served with her notable 35-year State Department resume. When the Senate confirmed her, the New York Times crowed in its headline, “Diplomacy Is Back.’’ It was a backhanded slap to Donald Trump’s two excellent appointees, Nikki Haley and Kelly Craft. Neither had State Department credentials but both were fully armed with smart, keen common sense and courage, especially regarding support for Israel and calling out the hypocrisy of the dictators filling the U.N. hallways.

Other troubling decisions are cropping up within the U.N. In February, Secretary of State Antony Blinken spoke at a UNHRC meeting announcing that the U.S. will rejoin the group. Trump withdrew from UNHRC in 2018 due to its heavy-handed anti-Semitic policies. It is frustrating that, in joining up again, Biden has thus far not stipulated that funding cannot be used to promote hostility toward Jews in the educational curriculum and programs for Palestinian children.

Lastly, among a growing list of concerns, UN Watch reported a secret ballot that elected Iran to the United Nations’ Commission on the Status of Women. When asked about it at the State Department press briefing on April 30, spokesperson Ned Price did not condemn the vote but repeatedly declined to answer whether the Biden administration voted in favor of Iran. UN Watch’s Hillel Neuer observed, “Electing the Islamic Republic of Iran to protect women’s rights is like making an arsonist into the town fire chief.”

CBN Israel invites you to stay tuned to our news reports for timely updates and join us in prayer this week:

One can only hope and pray that the United Nations can return to its 1948 original intent: to restore the dignity of all the world’s citizens.

Your ticket for the: UN Human Rights Council Pushes “Human Wrongs” Against Israel