Shavuot (Pentecost): The Feast of Weeks 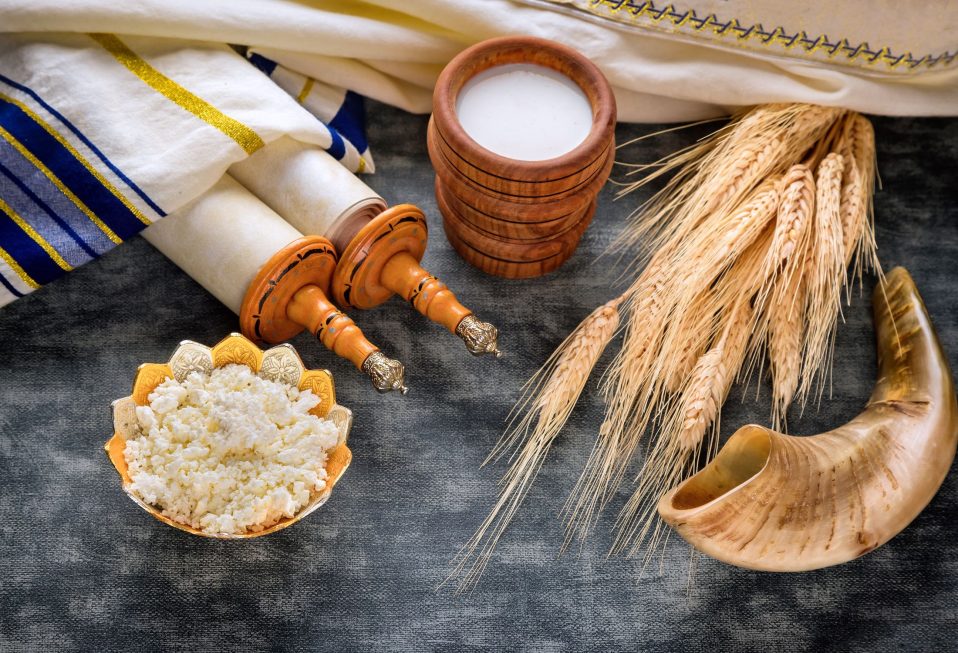 According to Jewish tradition, God called Moses up to Mount Sinai and gave him the Law on Shavuot, which included the two tablets on which the Ten Commandments were written as well as the entire Torah.

The word Shavuot actually has the same root as the Hebrew word shevuah (“an oath”). Each year on Shavuot the Jewish people renew their nuptial vows to God.

“Each year on Shavuot we renew our nuptial vows to our Beloved. Many people have the custom to stay up all night, engaged in studying Torah to reenact the great excitement and love one has on their wedding night,” Welton said.

“There’re so many beautiful parallels that take place for Shavuot. Imagine Mount Sinai with the mountains above it, the covenant given to the people of Israel. This reminds us of a chuppah (“canopy”) over a bride and a groom. It tells us that God is making a covenant with His bride, Israel. There’s a marriage that takes place,” said Boaz Michael, Founder of First Fruits of Zion.

“Shavuot is the culmination of a series of events. We’ve finally been freed from slavery in Egypt, we’ve wandered through the wilderness, and now we’ve come to Mount Sinai. It’s here that we enter into an intimate relationship with God, through the giving of His commandments and then the covenant that He gives to us, the Torah,” says Michael.

“So this event links us to Acts chapter one verse eight where Jesus tells His disciples that they’re going to receive the Holy Spirit and take His message to Jerusalem, Judea, Samaria, and to the ends of the earth,” Michael added.

Three times a year, God commanded the Jewish people to come up to Jerusalem, and one of those times was Shavuot.

The New Testament records that Jews were gathered in Jerusalem from all over the world when the Holy Spirit was poured out on the day of Pentecost (see Acts 2).

Many Jewish people stay up all night on Shavuot to study the Scriptures. Then, before dawn, those in Jerusalem head to the Western Wall on foot where they pray and bless God. The Ten Commandments are read, and in many Jewish communities, the Book of Ruth is also read.

Shavuot has become a time of eating dairy foods, chief among them cheesecake!

Your ticket for the: Shavuot (Pentecost): The Feast of Weeks

Shavuot (Pentecost): The Feast of Weeks