The U.S. Congress Has a Chance to Help Veterans in Our Country and in Israel 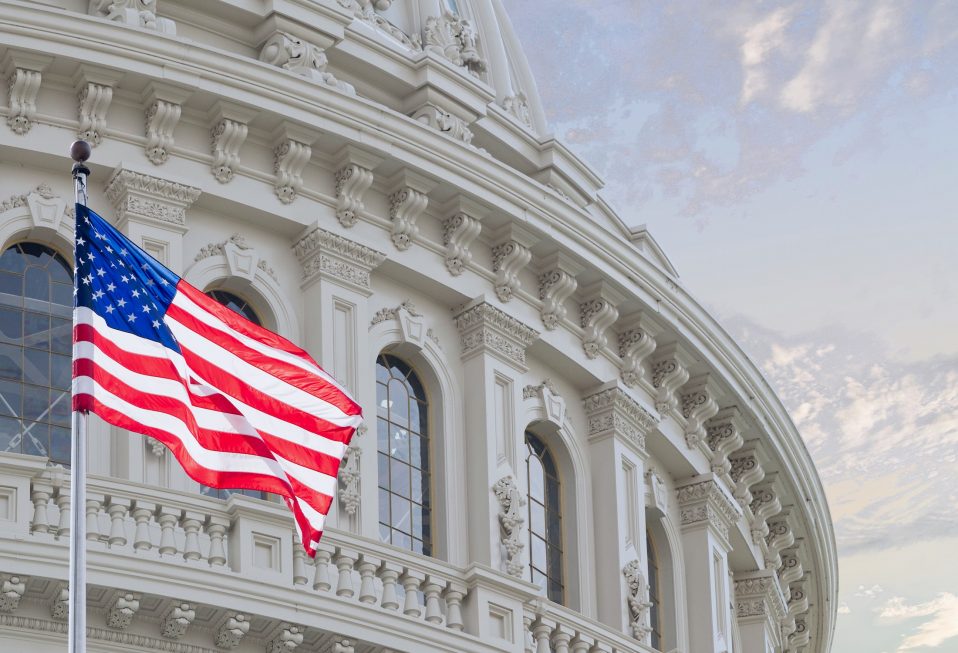 A bipartisan light sometimes shines in the United States Congress despite its numerous gridlocks. This holds true for an important bill that, if passed and signed by the President, will help military veterans in both the United States and Israel. Called the United States-Israel PTSD Collaborative Research Act (H.R. 852 and S. 221), it has been introduced in the House of Representatives by Michael Waltz (R-FL), Elaine Luria (D-VA), Chrissy Houlahan (D-PA), and Lee Zeldin (R-NY) and in the Senate by Jerry Moran (R-KS), Bob Menendez (D-NJ), Joni Ernst (R-IA), and Ben Cardin (D-MD).


The bill would task the Secretary of Defense, Department of Veterans Affairs, and the Department of State to cooperatively carry out a grant program between the United States and Israel to boost research on post-traumatic stress disorder (PTSD). If Congress moves quickly, the bill could pass in June or July.

How important is the United States-Israel PTSD Collaborative Research Act? Let’s look at some disturbing facts about PTSD’s tragic reality. It is defined as a “psychological condition caused by exposure to traumatic events that are outside the normal range of human experience.” The U.S. Department of Veterans Affairs estimates that up to 20 percent of our veterans of the Iraq and Afghanistan wars—both men and women—suffer the agonizing effects of PTSD in a given year. These can include disabling flashbacks, nightmares, and severe anxiety. Some of our fine military personnel serve several tours of duty. It is a grim truth that many Gulf War veterans—and up to 30 percent of Vietnam veterans—still suffer.

The consequences are extensive, not only for our military overseas but for their families back home who live with separation and stress, unsure if their loved ones will return. One statistic is heartbreaking and almost incomprehensible: According to estimates by the U.S. Department of Housing and Urban Development, 40,000 of our veterans are homeless. PTSD also contributes to mental illness and drug addictions.

Some 7,000 miles away, our ally Israel celebrates its 73rd modern birthday tomorrow, May 14. Nevertheless, every birthday marks another year of trauma in conventional wars against the small nation and/or from terrorists. The Israeli military deals with PTSD from near-daily attacks on their own soil. Tel Aviv University’s National Center for Post Trauma and Resilience found that 5 to 8 percent of Israeli combat soldiers experience some form of PTSD, and during wartime that figure rises to between 15 and 20 percent.

Modern Israel endures a specialized form of stress that I call “Continual Traumatic Stress.” This is a disturbing daily reality that millions of persecuted Christians worldwide can easily understand. Trauma has been part of the Jewish experience for centuries. But it took on a new dimension in 1948—when Israel officially became the world’s only modern Jewish state and found itself constantly under attack by hostile forces.

Seventy-three years ago, a verse in Isaiah 66:8 came alive under God’s plans to restore Israel as He promised. “Can a country be born in a day, or a nation be brought forth in a moment?” Yes! It happened on May 14, 1948. Israelis celebrate the miracle, since it’s the only ancient country with an ancient language that has been revived in modern times. Yet despite that miraculous event, trauma is an ever-present part of Israel’s emotional landscape.

On many trips to Israel, I have often visited southern Israel and talked with kibbutz residents who lived next door to Gaza. In 2005, Israel unilaterally withdrew all 8,000 of its Jewish citizens from Gaza. Then in 2007, the Gazans elected Hamas, a terror organization, to take over. Since that time, rockets—and even balloons and kites with attached explosives—are sent into southern Israel, literally a stone’s throw away in some places. Invasive tunnels were dug into Israel to let Palestinians launch deadly attacks against unsuspecting Israelis. The civilian stories I heard were heartbreaking, among them much-delayed potty training for their frightened children, never knowing when to take a shower since the Red Alert might go off at any time, or trying to figure out which young child to grab first to make a run for the safe room or a bus stop bomb shelter. All of southern Israel, not only the military, is dealing with traumatic stress—especially for the last 14 years with terrorists ruling Gaza. Non-stop stress.

However, there is good news to offset the bad. Research efforts to reduce PTSD have been underway for years in both the United States and Israel. Therapeutic solutions are taking hold to heal broken bodies, minds, and spirits. The U.S. Department of Veterans Affairs (VA) is the world’s leading research and educational center on PTSD, with seven academic centers across the United States. Its headquarters are in White River Junction, Vermont. The VA describes PTSD as “a mental health problem that some people develop after experiencing or witnessing a life-threatening event, like combat, a natural disaster, a car accident, or sexual assault.” A VA list of the most high-risk professions includes members of the military, police officers, firefighters, and emergency personnel.

Israel is also a world leader in PTSD research and treatment. Several times, I’ve visited one of Israel’s key centers located in Tel Aviv for briefings. NATAL, the Israel Trauma and Resiliency Center, is a multidisciplinary treatment and support organization for direct and indirect victims of trauma due to terror and war. Its extensive reach ranges from an emergency phone bank and courses to therapy of all kinds and programming options too long to list here. NATAL is already working cooperatively with many American groups, including Christian communities that are ministering to locals suffering from PTSD.

In fact, the 117th Congress—House and Senate—might gain tremendous respect from the millions of Americans and their families who are dealing with PTSD in its many forms. COVID-19 has also intensified PTSD. Advancing research and treatments due to the large numbers of Americans and Israelis who are suffering is a noble endeavor.

Six hundred million of us pro-Israel evangelicals worldwide reach out with a resounding, “Happy modern 73rd birthday, Israel!” Let’s pray that soon we will also celebrate the passage of the United States-Israel PTSD Collaborative Research Act.

Please join CBN Israel in praying for the people and nation of Israel, especially in light of this week’s tragic terror attacks:

In closing, it will likely take a miracle for quick passage of this bill in Congress, and so please add your voice to make sure it passes. James 2:17 eloquently reminds us, “Faith by itself, if it is not accompanied by action, is dead.”

Your ticket for the: The U.S. Congress Has a Chance to Help Veterans in Our Country and in Israel

The U.S. Congress Has a Chance to Help Veterans in Our Country and in Israel