What Would World Health Look Like Without Jewish Medical Discoveries? 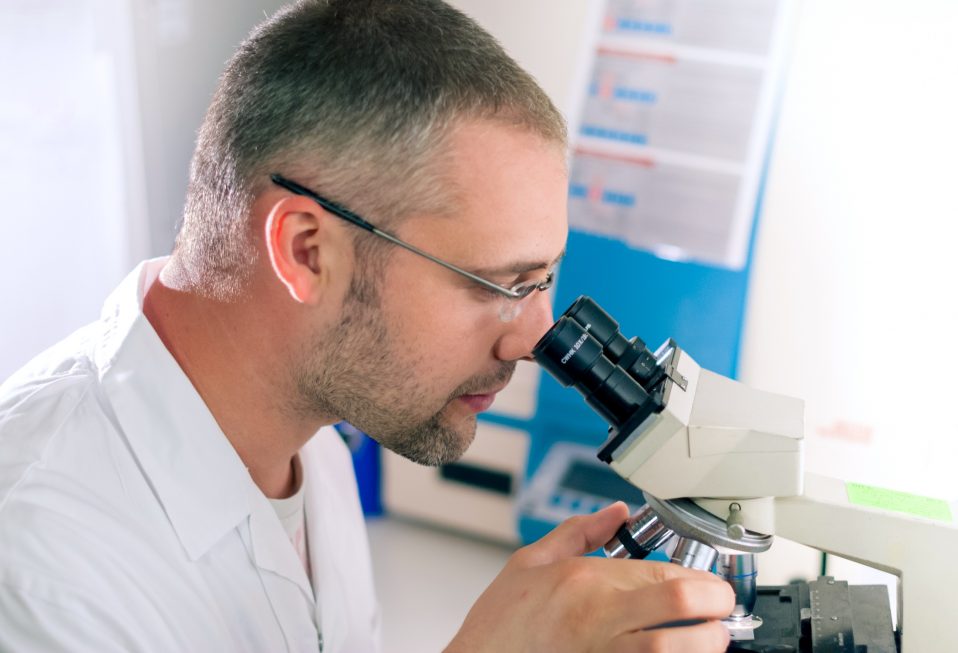 Older Americans will recall the panic when polio struck their children, either crippling them or resulting in their deaths. In 1952, 58,000 new cases broke out in the United States and more than 3,000 children died. Polio dominated the minds of fearful parents. Enter Dr. Jonas Salk, who in 1953 announced a vaccine for the dreaded poliomyelitis.

When the vaccine became widely available, Dr. Salk was called a “miracle worker.” At the time, Dr. Salk was director of the Virus Research Laboratory at the University of Pittsburgh School of Medicine. Dr. Salk, who later received the Presidential Medal of Freedom, was Jewish—a first-generation American.

As a Jewish medical pioneer, Dr. Salk is not alone. In fact, his medical breakthrough is accompanied by outsized Jewish innovations in all five of the Nobel Prize categories including Physics, Chemistry, Physiology/Medicine, Literature, and Peace. Between 1901 and 2020, 228 Jews have been awarded Nobel Prizes out of more than 900 in the world. That is 25 percent of prizes. In the U.S. alone, with a 2 percent Jewish citizenry, Jews account for 40 percent of Nobels awarded in science and health.

In his 1895 will, Swedish inventor Alfred Nobel codified the award: “to those who, during the preceding year, have conferred the greatest benefit to humankind.” Certainly, the Jewish community’s shining stars of innovation qualify.

In his book, The Super Achievers, Ronald Gerstl offers impressive statistics about Jewish Nobel Prize winners in science and health. Of the planet’s roughly 7.9 billion people, 24% of all Nobel prizes in science and medicine have been bestowed on Jews. It is frankly astonishing to realize the worldwide Jewish population is only around 14 million. It is estimated that their combined discoveries have saved 2.8 billion lives.

How can we explain the innovative triumphs within the Jewish community? For Christians we refer to the Bible, which establishes God’s designation of the Jews as His chosen people. After all, God chose Jewish scribes to transmit His words to the world. Yet God gave us even more than written words. He gave us Jesus, our Jewish Savior, the Word, the Living Torah. John describes Him in his Gospel (chapter 1:1): “In the beginning was the Word, and the Word was with God, and the Word was God.”

God called Abraham, Isaac, Jacob, and their descendants—the Jewish people—to serve as a light to the nations and to be a blessing to the rest of the world. In modern day Jewish culture, this core value is both taught and practiced as the concept of Tikun Olam, which is Hebrew for “repairing the world.” Joining with God in bring healing and repair to the world is woven into the Jewish identity and ethos. It is their mission as a people and as a nation.

Understanding the above concept may help explain how Israel’s Jewish medical community is willing to admit and treat Palestinian and Hamas leaders and family members in their hospitals. Examples of such humanity abound. Here are a few.

In 2014, when Israel was forced to defend its citizens from 10,000 rockets during Operation Cast Lead, the daughter of Hamas terrorist leader Ismail Haniyeh was treated at Tel Aviv’s Ichilov Hospital, as were his mother-in-law and granddaughter. During last month’s barrage of thousands of rockets on Israeli civilians, Haniyeh’s niece was treated for a bone marrow transplant while hospitalized in Tel Aviv.

Sheikh Ikrima Sabri, the Grand Mufti of Jerusalem from 1994 to 2006, voiced his unabashed hatred toward Jews for years in his sermons on the Jewish Temple Mount. One of his frequent slanderous remarks was, “But we know the Jew is planning on destroying the Haram [Al-Aqsa Mosque]. The Jew will get the Christian to do his work for him. This is the way of the Jews. This is the way Satan manifests himself.” Yet, when Sabri needed heart surgery, he wanted it performed at “Zionist-run” Hadassah Hospital. After Jewish doctors saved his life, he returned to spewing hatred and incitement. Israel’s foes worldwide might want to wonder why Sabri trusted the Jewish doctors not to murder him on the surgery table. He is still alive.

And a final example: Israeli hospitals have treated Palestinian Authority (PA) President Mahmoud Abbas and his wife several times. All the while, his Palestinian media keeps promoting lies. Palestinian Media Watch, which monitors and translates Palestinian media reported on PA TV, “Member of Parliament Naftali Bennett, head of the Yemina party and self-declared candidate for prime minister, is doing to the Palestinians what ‘Eichmann did to the Jews of Austria.’” (Adolph Eichmann, of course, was one of the masterminds of Nazi genocide.) Abbas could shut this down immediately since he is a dictator.

In one of the clearest possible differences between humanitarian Israel and hate-filled terrorists, Hamas sent a young Palestinian woman, Wafa Samir Ibrahim Bas, to Soroka Hospital in Beersheva, Israel, in 2005 for lifesaving treatments. They armed her, hiding 20 pounds of explosives in her clothing. Her goal was not to get well but to die while murdering the doctors treating her. Thankfully, she was apprehended at the Erez Crossing and later sentenced to 12 years in prison in a compassionate move based on her being forced to carry out a terrorist act.

Saying that Palestinian leaders are not grateful for Israeli cures and surgeries is an understatement. Nor are they grateful for convoys of semis filled with humanitarian aid even when Israel is under fire. Not only is gratitude missing in action, but hypocrisy is rampant. The elite are treated in Israeli hospitals—along with many ordinary Palestinians—yet the leadership’s neglect of its Palestinian populations is a result of misused monies to improve their lives.

We live in an Isaiah 5:20 world: “Woe to those who call evil good and good evil, who put darkness for light and light for darkness, who put bitter for sweet and sweet for bitter.”

Yet, Israel forges ahead with Tikun Olam. Pause for a moment to understand the determination and impact of ongoing Israeli blessings to the world despite 24/7 terror on one of their three borders. Consider how your family, friends, and world benefit from the last hundred years of their outsized accomplishments as indicated by their trove of Nobel prizes.

Abigail Klein Leichman, associate editor at Israel21c.org, reported on May 2, 2021, that a company called Patternox was working on a skin cancer treatment—“an optical scanner to detect suspicious light patterns in lesions long before changes can be seen on the skin’s surface.” She also reported on Ziv Medical Center in Safed (Tzfat), which is using drones to deliver essential medical tests, medicines, blood, and equipment. It is the first hospital to use medical drones. Bypassing earthbound traffic jams, the drones can deliver their lifesaving cargo in half the time it would take by road. (By the way, www.Israel21c.org is an excellent site to read about all Israel’s world-blessing innovations.)

There is a terrible, continuing terror reality for Israelis. Gaza itself, and other terrorist-run locations, are robbed of multimillions donated to terrorist leaders but used instead to build rockets, dig terror tunnels, and spew hatred and propaganda on its media. During the last war, Hamas even stopped the water supply for Gaza so they could use the water pipes to build rockets.

Let us pray that someday, terror leaders will abandon their hateful priorities and decide to use the millions donated to them for excellent healthcare in Gaza and the Palestinian territories rather than oppressing their own populations and Israelis. Until then, I am confident that Israelis will remain in their posture of Tikun Olam.

And what would our world be like without Jewish medical contributions? Untold millions dying from waterborne diseases due to unsafe water. More parents grieving deaths of their young children due to polio. More sadness and sorrow would have infected the hearts and minds of too many people to count. Our praises and thanks to the God of Abraham, Isaac, and Jacob for depositing many extra doses of brilliance into His Jewish people who have blessed our world!

Please join CBN Israel in prayer this week for the people and nation of Israel:

Reams of paper stacked miles high could not contain all that God has given the world through His people. Nations around the globe can be grateful for the many contributions farsighted and innovative Israelis have provided the world.

Your ticket for the: What Would World Health Look Like Without Jewish Medical Discoveries?

What Would World Health Look Like Without Jewish Medical Discoveries?