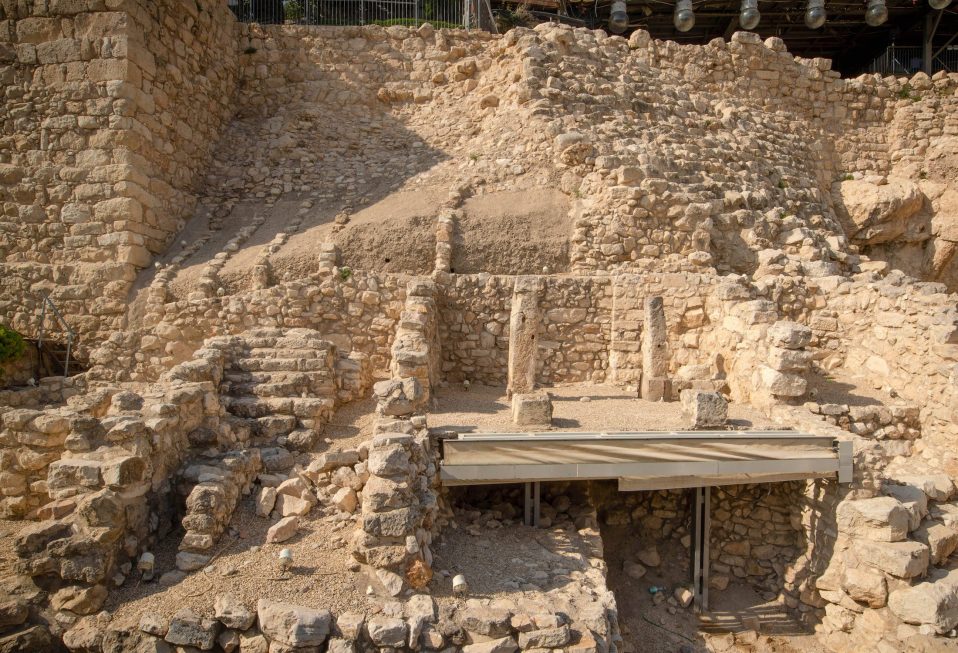 The first seven and a half years that David reigned, he reigned in Hebron, which sat in the heart of the tribal territory of Judah, David’s tribe (2 Samuel 5:5). As he expanded his rule to all of Israel, he decided to conquer the city of Jerusalem, which until this time was ruled by the Jebusites (2 Samuel 5:6-10). Why did David select this city?

Geographically it sat off the major north-south route through the central hill country; it did not have natural roads leading east or west from it. He selected it, however, due to its location. The city, on its southern end, was bounded by the Hinnom Valley, which formed the boundary between the tribal territory of Benjamin (Saul’s tribe) and Judah (David’s tribe). Also, by virtue of it not being captured by the Israelites, no tribe could lay exclusive claim to the city. It offered a place where he could consolidate the political and religious center of his kingdom.

The Bible identifies the eastern hill, specifically the northern portions, as Mount Zion. This can be confusing for modern visitors to Jerusalem because in the Byzantine period (4th-6th centuries A.D.) the western hill was mistakenly identified as Mount Zion, and that nomenclature has stuck. In the Bible, however, the eastern hill, especially its northern area, where the Temple came to be built, was referred to as Mount Zion.

Today, the eastern hill sits outside of the Old City walls, even though it is the oldest part of Jerusalem. It is referred to as the City of David. As we hear in Psalm 125, the mountains surround Jerusalem; while the psalm brings to our minds the beautiful image of God surrounding his people, strategically, this was to Jerusalem’s detriment. On all sides of the eastern hill, hills higher than it surround it. So why was the city built here? Because of its water source, the Gihon Spring. This karstic spring continues to flow even today. Recent excavations have uncovered a large fortification built around the spring to protect it.

Excavations of the City of David have uncovered remains dating back over four thousand years. The excavations of the City of David reflect the history of the city; its role as the capital of the kingdom of Judah; its destruction by the Babylonians; its smaller size in the days of Ezra and Nehemiah. Its water systems. Structures from the first century, and evidence of its destruction by the Romans in A.D. 70. It was here that the exiles remembered when they were dispersed and longed to return (Psalm 137).

Your ticket for the: Biblical Israel: City of David