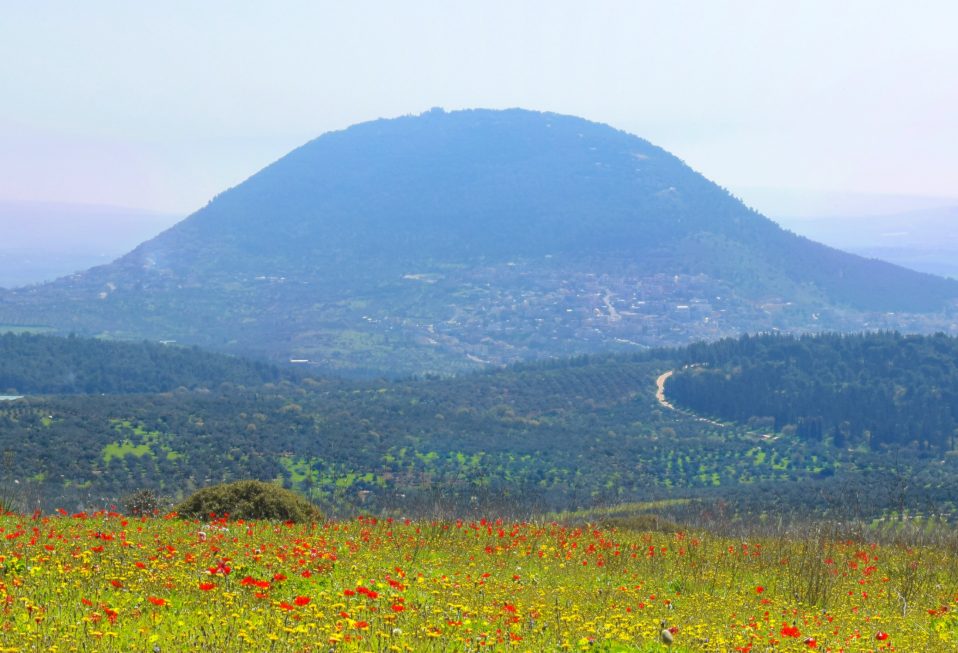 In the northeastern corner of the Jezreel Valley sits the dome shaped hill of Mount Tabor. The steep slopes on all sides of the solitary mountain lead to a plateau on top, 1000 meters by 400 meters in area. The tribal territories of Zebulun, Issachar, and Naphtali meet at Mount Tabor.

Mount Tabor played a prominent role in the story of Deborah and Barak. They gathered the Israelite forces at Mount Tabor prior to their battle with the Canaanite forces of Jabin, king of Hazor, that were led by his general Sisera (Judges 4). The Israelites used the steep slopes of Tabor to their strategic advantage against the Canaanite chariots. So too, their gathering at Tabor prior to the battle may have to do with the connection of the mountain to cultic worship (see Deuteronomy 33:18-19; Hosea 5:1).

Mount Tabor served as the site for several battles during the Hellenistic and Roman eras. Josephus, who became a historian of ancient Judaism, fortified the mountain as part of his efforts in the Galilee during the First Jewish Revolt against Rome (A.D. 66-73).

Christian tradition, from the time of the Church Fathers, identified Mount Tabor as a possible location for the site of the event of the Transfiguration. The Gospels do not specify the location of this event, simply calling it “a very high mountain” (Matthew 17:1; Mark 9:2). The earliest tradition identifying Mount Tabor as the location of the Transfiguration comes from the Gospel according to the Hebrews.

This work no longer exists, but Church Fathers quote passages of it in their works. Origen, citing the Gospel according to the Hebrews, identified the location of the Transfiguration as occurring on Mount Tabor. If this was written in the Gospel according to the Hebrews, then this tradition dates to the late first or early second century A.D. Cyril also knew the tradition that placed the Transfiguration on Mount Tabor.

Both Eusebius and the Bordeaux Pilgrim do not mention the mountain being a sacred mountain. Thus, while some early Christian traditions located the Transfiguration on Mount Tabor, it was not treated as a sacred mountain or site within the early Byzantine period. Today, visitors to the mountain find a church on its summit.

Your ticket for the: Biblical Israel: Mount Tabor