Israelis and the Summer Olympics: Will Anti-Semitism Compete, Too? 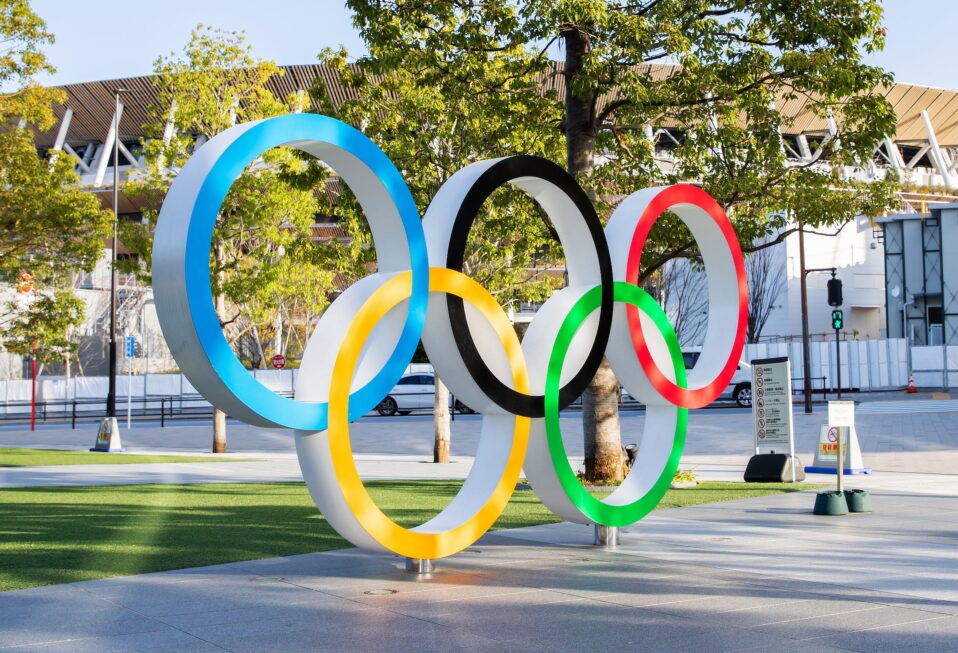 For the first time, Israelis are participating in archery, surfing, equestrian, and baseball events. Israel’s 24-member baseball team plays their first game against the United States team! Israel’s fans can choose from a smorgasbord of 18 events that include gymnastics, judo, shooting, surfing, swimming, taekwondo, and triathlon, among others. The Paralympics follow close behind on August 24-September 5, adding to Israel’s inspiration and accomplishments showing their skills in kayaking, power lifting, and wheelchair tennis, among others.

Olympic competitions are often electrifying, and the personal stories of the athletes stir hearts all over the globe. Israeli competitors are no exception. The young athletes are exemplary role models. They press on toward high goals to represent the world’s only Jewish state—despite a backdrop of past Olympic anti-Semitism and terror.

Indeed, spoken anti-Semitism, the parent of terror acts, is again at work. This, despite the particularly warm welcome from Watari, Japan, as Israelis’ host city. Israeli flags have flown at Watari’s city hall for two years since they signed on as hosts—because Israel was the first country to send medical help following the earthquake and tsunami that devastated Japan in 2011. We can only hope and pray that other nations, media, and athletes will follow Watari’s grateful example.

However, anti-Semitism has escalated, infesting the world even further with slander and terror during last May’s Hamas attacks on Israeli civilians.

The Israeli duo had barely climbed out of the pool and dried off when Basiana said, “Israel’s international presence in the field of sport and culture is another strategy for the laundering of genocide … against the Palestinian people.” Her anti-Semitic comments didn’t end there: “It seems that during these events, the war crimes of the Israeli state disappear. We have to be aware as spectators and make this situation visible so as not to normalize it.”

Unfortunately, it is anti-Semitism that is normalizing.

In 2016, at the Rio de Janeiro Summer Olympics, an Egyptian judo fighter, Islam El Shehaby, refused to shake hands with Israeli competitor Or Sasson, who won the first round. The crowd understood the breach of etiquette and loudly booed Shehaby. In another incident, Lebanese athletes objected to Israelis boarding their bus—unsportsmanlike behavior for which they received just a slap on the wrist. In fact, the following month Jewish Journal noted that the International Olympic Committee (IOC) merely warned the Lebanese delegation that “a similar situation would not be tolerated in the future.” To avoid escalating Lebanese hostility, the Israelis took another bus.

In one of his speeches, current IOC President Thomas Bach mentioned political neutrality and “being an ally to all in promoting peace and human rights” as part of the IOC’s mission. His words are certainly welcome, yet more than words are necessary when one considers the 1972 Summer Olympics in Munich.

Forty-nine years ago, Palestinian terrorists calling themselves “Black September” took Israeli athletes and coaches hostage in the Olympic Village on September 5. Not allowing Israeli security members to save their team, Germans bungled the rescue, and Palestinian terrorists murdered the “Munich Eleven.” The murders set off an emotional bomb of grief that exploded among Israelis and the Jewish community worldwide. The memory of this horrific event has not faded.

On July 19, 2021, Joseph M. Siegman, founder of the International Jewish Sports Hall of Fame, gave a fascinating history of Jewish athleticism with My Jewish Learning. No conversation of Jewish Olympic history can ignore the horrific day when terrorists took the lives of Israel’s nine gifted Olympic athletes and two coaches. And Siegman, author of Jewish Sports Legends, did just that, mentioning a lingering IOC omission. No commemoration or acknowledgement of the murders has officially taken place at the games themselves since the 1972 murders.

Although private memorials had taken place, it wasn’t until 2016 that the IOC hosted an official memorial—not at the games but in the Rio de Janeiro, Brazil, Olympic Village. The 11 victims were finally recognized—after decades of appeals and activism—due to the unflagging determination of Ankie Spitzer. Her husband, Andre Spitzer, was one of the Munich Eleven. He had been the Israel team’s fencing coach. Sometime earlier, Mrs. Spitzer had won a case in which the German government was forced to admit their criminal negligence to provide effective security.

IOC President Bach spoke in the Rio Olympic Village, saying, “We commemorate them because this was an attack not only on our fellow Olympians, but also an assault on the values that the Olympic Village stands for. It was an attack on the universal power of sport to unite all of humanity in peace and solidarity.”

He added, “The Olympic Games are always an affirmation of life, so let our commemoration today also be an affirmation of their lives. Through this act of remembrance, the spirit of those who have departed continues to live on.”

The seeds of the horrific 1972 Munich Eleven massacres were planted during Hitler’s 1936 Berlin Olympic Games, with a stake of anti-Semitism in German soil that would manifest 36 years later in Munich. Hitler’s monstrous fingerprints—and those of his Reich Minister of Propaganda, Joseph Goebbels—set an unholy standard in place. Goebbels had made it clear on April 23, 1933: “German sport has only one task: to strengthen the character of the German people, imbuing it with the fighting spirit and steadfast camaraderie necessary in the struggle for its existence.”

His statement sounds rather innocuous, but its agenda was poisonous. Non-Aryans, meaning Jews, part-Jews, or Gypsies, were excluded from competing. Noticing signs of anti-Semitism, the U.S. and Europe called for boycotts, which failed. Finally, 49 nations including the USA sent their Olympians to compete in Berlin. Goebbels oversaw a dazzling presentation of flags, Richard Wagner’s music, and the building of an impressive stadium. The Berlin Olympics was the grandest propaganda production ever seen, hiding the dark undercurrent of what was to come. Three thousand runners relaying from Greece to Germany lit the Olympic flame in August 1936. Only three years later it grew into the murderous flames of anti-Semitism when Germany invaded Poland on September 1, 1939.

Joseph Siegman hopes that next year, many commemorations will take place on the 50th anniversary of Black September’s deadly assault. He further hopes that additional institutions will follow the Eli Wiesel Foundation and some synagogues to plan commemorations, somberly recalling the athletes whose lives were snuffed out only because they were Jews proudly representing the world’s only Jewish state. For that matter, churches may want to plan commemorations.

If you are watching any part of the upcoming Olympics, remember to pray especially for Israeli athletes. Vigilance against violence is necessary, since anti-Semitism is shockingly spreading as it once did in Nazi Germany.

Please join CBN Israel in prayer for Israel and her people this week:

Before the 2012 London Games, Ankie Spitzer persisted with IOC President Rogge, asking why the IOC really could not memorialize the murder of the 11 Israeli Olympians. Rogge eventually explained that there were 46 Arab and Muslim countries that would threaten to boycott the Games if the IOC agreed to include such a memorial.

Your ticket for the: Israelis and the Summer Olympics: Will Anti-Semitism Compete, Too?

Israelis and the Summer Olympics: Will Anti-Semitism Compete, Too?