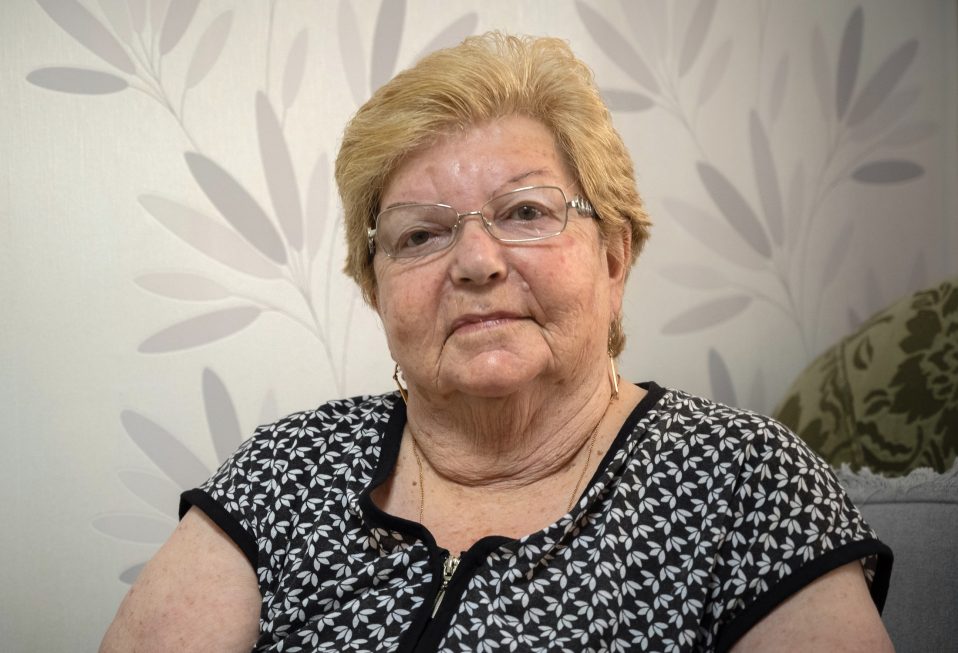 “I never thought I would hear the horrifying sound of bombings again, especially in Israel,” said Tauba, an 83-year-old Holocaust survivor. When the Nazis invaded Latvia, she was just a little girl living in Riga. Her father put her and her mother on the last train to Kazakhstan—where they hid during the entire war. He saved their lives—yet sadly, he died just days later.

Her childhood was lonely, and she says, “My mother worked for the family that hid us. I wasn’t allowed to cry, laugh, or make any loud noises.” When her mother died after the war, Tauba ended up in an orphanage. At age 15, she had to work in a factory, and fend for herself.

Years later, Tauba married, had a daughter, and finally enjoyed a normal, happy life. The couple moved to Israel in 2000. But in recent years, Tauba began battling hardships again.

Their government-issued apartment near the Gaza Strip faced the constant threat of terrorism. Due to unrepaired damage from a previous rocket attack, water came leaking through the ceiling. The walls smelled damp and horrible, and made the air toxic to breathe. Added to that, Tauba’s husband became very sick with Alzheimer’s disease and brain cancer. The couple lived on a meager fixed income and needed help.

Thanks to friends like you, help arrived. CBN Israel fixed the entire roof, and replaced the mildewed walls. Tauba is thrilled that her home is safer, with clean air to breathe!

And CBN Israel is also providing others in need with food, groceries, medicine, supplies, and other essentials. Your support is crucial as cries for help continue in the Holy Land. You can bring assistance and God’s love to terror victims, lonely refugees, and immigrant families making a prophetic return to their ancestral homeland.

Please join us in bringing help and hope to others!

Your ticket for the: Holocaust Survivor: Tauba’s Story