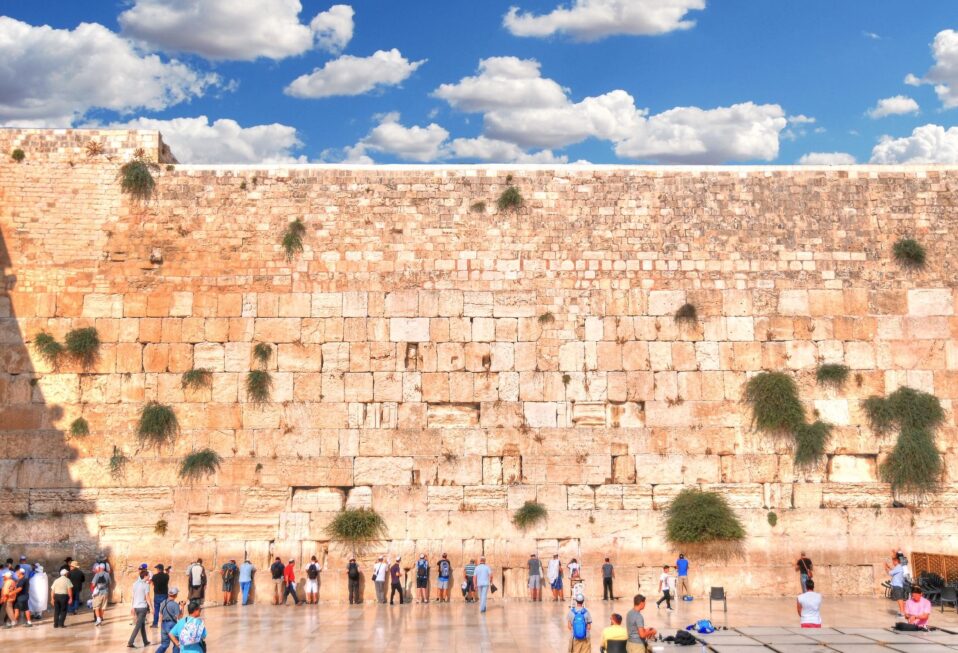 The gates alternated in their access lower and upper. A street ran along the western wall in the first century. The two lower gates offered access to the Temple Mount from this street. The two high gates were accessed through a bridge and a stairwell supported by a massive arch.

Today, we refer to these gates by the names of the modern explorers who rediscovered them and identified them. From north to south, they are Warren’s Gate, named after the British explorer Charles Warren. The next gate, accessed by the bridge that led from the Upper City of Jerusalem is Wilson’s Gate, named for the British explorer Charles Wilson.

The third Gate, which today can be seen on the women’s section of the Western Wall prayer area, is Barclay’s Gate, named for the American missionary doctor, James Barclay. The final gate was named after the American explorer, Edward Robinson. Robinson identified the spring of an arch protruding from the western wall, which was the remains of a large arch that supported a monumental staircase that led onto the Temple Mount.

Today visitors to Jerusalem encounter three areas of the Western Wall. The most famous in the Western Wall prayer plaza. This has served as a place of Jewish prayer for hundreds of years. It was a small area of the western wall of the Temple Mount retaining wall that was left exposed where Jews could come and pray.

The Western Wall was not considered holy when the Temple stood but developed into a place of Jewish prayer centuries later. Today it functions as a synagogue and is the most holy site for Jews around the world. Men and women have two separate areas designated for their prayers.

North of the Western Wall prayer plaza, one can go through a tunnel created by construction in later periods of buildings up against the western wall that follows the Western Wall. In these tunnels one sees the pillars that supported the bridge in the first century leading to Wilson’s Gate; one can even see Warren’s Gate, which is sealed up.

Following along the tunnel, the first century street is visible in places, as are the massive hewn stones used to build the Western Wall. On the northern end of the tunnel, one encounters a pool, which was an open-air pool in the first century known as the Struthian Pool (or “Sparrow’s Pool”).

Your ticket for the: Biblical Israel: Western Wall