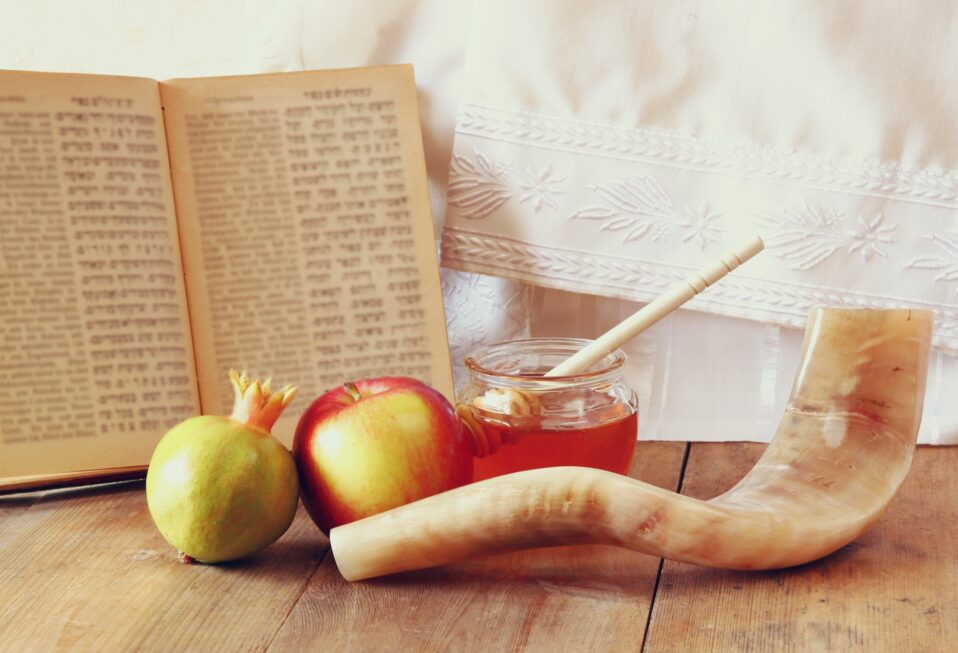 Rosh Hashanah (“head of the year” in Hebrew) is another miracle of promise-keeping by the God of Abraham, Isaac, and Jacob. This Jewish New Year celebration—the 5,782nd—commences at sundown on Monday, September 6, and ends at sundown on Wednesday, September 8. Israel continues to survive and thrive!

The holiday is considered the anniversary of the birthday of the universe and the creation of Adam and Eve. The Jewish New Year marks the first of the High Holy Days and begins 10 days before Yom Kippur—the Day of Atonement—which is the holiest day of the year for Jewish people worldwide. The Jewish New Year, like many Christian denominational holidays, is celebrated in varying ways. But it’s full of special meals, gatherings, the sounding of shofars, special prayers, and apples dipped in honey signifying hopes for a sweet new year.

A few days before the New Year, workers clear out tens of thousands of prayer notes in the Western Wall, sometimes called “God’s mailbox.” Shmuel Rabinowitz, the Western Wall’s rabbi, observes, “There are notes from all over the world.” He goes on to say that the notes are buried because they have the status of letters to God. Twice a year, they are collected and respectfully buried by Rabbi Rabinowitz and his helpers in the Jewish cemetery located on the Mount of Olives.

Leading up to the Jewish New Year is an ideal time to look back on a few of Israel’s latest innovations. The country’s small size and population has not stopped them from making enormous contributions to the world. It’s a “little giant,” a David stepping up to fight the growing Goliath of anti-Semitism and security challenges. Nevertheless, Israelis manage to innovate in ways that reach across the world. Israel never ceases to astonish me.

Israel possesses a mere one-thousandth of the world’s population. Despite this, the little giant imitates its ancestor King David. He triumphed against all odds as the youngest of his brothers and the most unlikely Israelite to take on Goliath. Israelis could understandably play the role of victim due to the continual terrorism and terror threats on three of their borders.

Iran’s newest leader, likely through a rigged election in August, President Ebrahim Raisi is deemed by human rights groups as responsible for thousands of Iranian deaths. The hardliner’s hatred of Israel from 1,200 miles away calls on his surrogates right next door to Israel—Hamas, Hezbollah, and Syria—to do the job for him. Despite such threats, however, here are some of the cultural markers that enliven Israel’s Jewish citizens and their innovations.

Israel’s small size—just 260 miles from north to south—and modest population promotes the benefit of close collaboration on many levels. Its mandatory military service is a literal “idea incubator” across a broad spectrum of disciplines, from medicine and agriculture to technology. I’ve often commented when speaking to Christian groups that I’m not surprised God inspired the Bible through ancient Jewish scribes. Their skill, entrepreneurial inventiveness, and dedication to detail are also cultural markers. Ancient biblical texts survived so that we could read God’s profound words and encounter our Jewish Lord Jesus where we discover His strength and blessings in our faith.

Embedded in the Bible and Jewish culture is the concept of “repairing the world” (tikkun olam). It repeatedly motivates the Jewish people and the Jewish state to do good in the world. Tikkun olam has no boundaries.

Despite COVID-19, the Israel Defense Forces (IDF) rescue team traveled to Florida in late June to help, following the tragic collapse of the Miami condominium. In July, an Israeli Ministry of Health medical team flew to the Philippines to help with their vaccination program. Tikkun olam was in force even during the latest Hamas-instigated war against Israel in May. Israeli semis trucked humanitarian aid into Gaza despite terrorists firing at them. In previous years, thousands of Israeli trucks have rumbled through the Erez crossing delivering tons of humanitarian aid to Gazans trapped by Hamas.

John F. Kennedy once commented, “Israel was not created in order to disappear—Israel will endure and flourish. It is the child of hope and the home of the brave. It can neither be broken by adversity nor demoralized by success. It carries the shield of democracy and it honors the sword of freedom.”

One of my favorite go-to websites is www.Israel21c.org. When I read it to catch up with some of the latest discoveries, I’m always smiling. Israel 21 documents as best it can the thousands of Israeli innovations pumped out by the little giant. Every month, even every day, new innovations and discoveries flow out of the Holy Land. I especially enjoy looking over the past year’s list; however, innovations began right away in 1948 when Israel celebrated its first modern birthday. It was year 5708!

In 1948, Israel’s population numbered around 800,000. They opened their arms to resettle more than 500,000 Jews, the forgotten refugees, who had been kicked out of surrounding Arab nations. Although Israel was an impoverished land with a low standard of living, it welcomed expelled Jews from Arab lands and made do with very little. Inventions of necessity and cultural markers moved forward no matter what.

In 1955, Israeli physicist Harry Zvi Tabor invented the first solar water heater. Three years later, Israel hosted the first international Bible contest. In 1973, Israel invented the first steel security door with a geometric door lock. Israeli librarians and computer analysts created the first automated library system in 1976. In 1983, Kibbutz Sde Eliyahu began exploring natural pollination techniques and natural pest control solutions that now are used on farms across the world. The Jewish Agency led the way in 1986 to farm the desert between the Dead Sea and Eilat, which now produces most of Israel’s exports of flowers, vegetables, and yes, fish produced in the desert! Even Israel’s cows are very productive, producing the highest milk yield per cow in the world!

On into the next decade, the emergency bandage that stops bleeding in physical trauma was developed in Jerusalem in 1990—a lifesaving innovation in military medicine. Also in the 1990s, in massive airlift operations, Israel rescued thousands of Ethiopian Jews and brought them to their ancestral homeland. At the turn of the new millennium, an Israeli company developed the first flash drive. Then in 2004, the ReWalk robotic exoskeleton enabled paraplegics to walk, and a few years later the popular WAZE navigation system enhanced ground traffic navigation. Another Israeli company’s stem cell technology holds the potential to treat diseases like ALS. In 2021, Bloomberg named Israel the seventh most innovative nation in the world. Again, the little giant competes against nations far bigger and with far greater resources.

Looking at the past year, it’s difficult to choose highlights, but here are a few that attracted my interest. The list is truly endless. Maybe you’ll discover an innovation that will mean something to you or your family.

Forty percent of Alabamans have high blood pressure, and many are without medical insurance. A major health center in that state has chosen a remote hypertension digital management system developed by DarioHealth—an Israeli-founded company—to help physicians better manage patients with hypertension.

With 120 billion face masks and 65 billion gloves used globally each month due to the COVID-19 pandemic, safe disposal is presenting an enormous problem—one that’s of special concern to hospitals. Israelis have invented Envomed 80, a machine that reduces medical waste right on-site into a safe, environmentally disposable product.

On the agricultural front, a startup using artificial intelligence is helping indoor growers cut diseases in their harvests by 30 to 40 percent.

And one of my favorites: Israeli ophthalmologists have successfully implanted the world’s first artificial cornea in a 78-year-old Arab-Israeli citizen.

Join us in prayer as we celebrate Israel and prepare to enter the Jewish New Year:

May we thank God for His eternal promises to Israel and to all those throughout the world who benefit from the endless innovations He gives us through His chosen people, the Jews!

Your ticket for the: Wishing Our Jewish Friends A Sweet New Year