Yom Kippur: An Ancient Goat, a War, and a Risen Savior 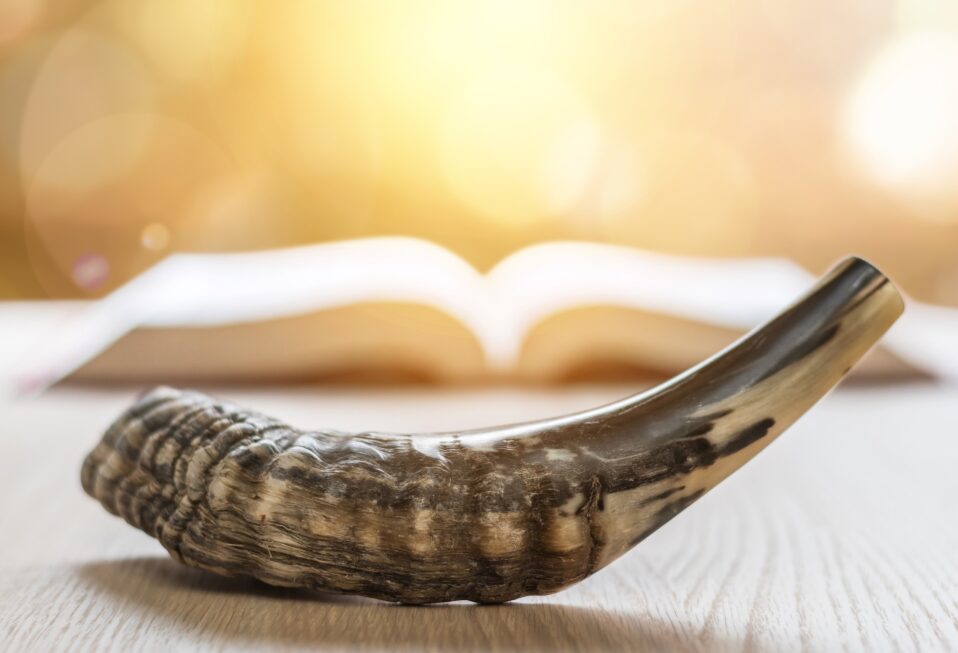 The Day of Atonement (Hebrew: Yom Kippur) is the holiest day of the year for the Jewish community worldwide. It began yesterday at sundown and ends tonight, September 16, when the stars become visible in the night skies. No work is done. Traditions of fasting and prayer fill the day with themes of repentance and forgiveness. The prayers are called selichot, which means “forgiveness.” Yom Kippur ends with shofars sounding to confirm the ideals of repentance, forgiveness, determination, and optimism for the year head.

Yom Kippur originated in the desert. In Leviticus 16:30, God enshrined the Day of Atonement, saying through Moses, “For on this day He will forgive you, to purify you, that you be cleansed from all your sins before God.” The Israelites were on their 40-year trek from enslavement in Egypt. Yet, when Moses ascended Mount Sinai, sin abounded below. Israelites built the golden calf idol to worship, and sinfulness went wild in the wilderness. Enslavement of another kind emerged.

Moses had quite a climb, since the mountain is 7,497 feet high. However, when Moses walked down, the Israelite iniquities required a radical remedy: a Day of Atonement.

Two goats were at the center of the ancient priestly ceremonies in the sands near Sinai. One goat was sacrificed. The living goat—the scapegoat (Azazel in Hebrew)—was sent out of the Israelite encampment, symbolically carrying the Israelites’ burdens of sin.

“Scapegoat” is a familiar word, but less known is its origin. In Leviticus 16:21-22, God gives detailed instructions about the scapegoat. “Aaron shall lay both his hands upon the head of the live goat and confess over it all the iniquities and transgressions of the Israelites, whatever their sins, putting them on the head of the goat; and it shall be sent off to the wilderness through a designated man. Thus, the goat shall carry on it all their iniquities to an inaccessible region; and the goat shall be set free in the wilderness.”

The ancient Day of Atonement is another signaling shadow in the Old Testament of our Lord Jesus in the New Testament. Psalm 103:12 encapsulates Jesus’ sacrifice as our true, perfect, holy scapegoat: “As far as the east is from the west, so far does He remove our transgressions from us.” His sacrifice was not a complicated annual ceremony like the ancient ones. It was a one-time event in the history of the world, so profound in its unconditional love that that we can barely grasp it. When we bow before God through the words of the Bible, we can—with deep sorrow and repentance for our own sins—invite Jesus into our lives. Not one of us is an exception, because we all sin. Nevertheless, all of us are welcome at the foot of the cross.

Jesus is now our High Priest advocating for us with God the Father. He shoulders our burdens daily in a trustworthy relationship of grace. In His resurrection, God’s beloved Son seals our opportunity of new life forever. Hebrews 9:12 describes Him this way: “He entered once for all into the holy places, not by means of the blood of goats and calves but by means of His own blood, thus securing an eternal redemption.”

In our brief Yom Kippur tour here, we move from ancient times, when the Israelites left Egypt in 447 B.C., to Jesus’ crucifixion and resurrection, then on to the modern Jewish state in 1973. Only seven years after the Six-Day War—when Israel victoriously united their capital, Jerusalem, and regained their holiest site, the Western Wall—Egypt, and Syria triggered the Yom Kippur War. The day chosen for the attack—October 6, 1973—was no mistake. Egypt and Syria knew Israel would be shut down on its holiest day.

At the time, Israeli intelligence failed to detect the clandestine Egyptian and Syrian preparation months before Yom Kippur. Israel, of course, was praying, fasting, not working, and the IDF was observing the holy day, too. The surprise attacks left Israel completely exposed in a mad scramble, with their enemies attacking on two fronts—in the Sinai and on the Golan Heights. Israel had recaptured them in the 1967 war. Nonetheless, Israeli victory seemed completely out of the question on October 6, 1973, the first day of the war.

The Arab attacks indicated a quick victory while Israel rushed to get the IDF and their reserves into action. The Israelis were losing ground and equipment fast. After four days—on October 10, beset by indecision and domestic crisis—former U.S. President Richard Nixon finally decided to send armaments to Israel. Made nearly half a century ago, that decision has been mostly overlooked due to the Watergate scandal and Nixon’s subsequent resignation.

However, since the communist Soviet Union was supplying the Arab nations with weapons, Nixon understood the seriousness of an Israeli defeat in the surprise attacks. Jim Byron, executive vice president of the Nixon Foundation, penned an article on October 8, 2010, “How Richard Nixon Saved Israel,” in which he listed the incredible, against-all-odds facts: “180 Israeli tanks faced over 1400 Syrian tanks; closer to the Suez Canal, a mere 436 Israeli infantry were poised to fight over 80,000 Egyptian soldiers—this even after Israel’s military buildup. The attacks by Egypt and Syria were backed by nine Arab states—as well as one non-Arab state: the Soviet Union. “He [Nixon] knew that his enemies… would never give him credit for saving Israel. He did it anyway.”

The operation Nixon authorized was an airlift code-named “Operation Nickel Grass.” It replaced all of Israel’s lost munitions. “Planeload after planeload of supplies literally allowed munitions and materiel to seemingly re-spawn for the Israeli counter effort. 567 missions were flown throughout the airlift, dropping over 22,000 tons of supplies. An additional 90,000 tons of materiel were delivered by sea.” Nickel Grass was an astonishing and timely rescue by any measure and resulted—at the time—in forcing the Soviet Union out of the Middle East.

The 1973 war took a terrible toll, killing 2,688 Israeli soldiers. The Nixon Foundation also offered this commentary: “The Yom Kippur War would instantly go down in infamy as the bloodiest military confrontation between Israel and its Arab neighbors totaling nearly 53,500 total casualties on all sides involved; compared to 5,500 casualties during the 1967 Six-Day War, and 10,000 casualties during the 1956 Suez Crisis.”

Golda Meir, Israel’s prime minister (1969-1974) during the Yom Kippur War, referred to Richard Nixon as “my president.” Her accolades for the 37th president speak volumes. “For generations to come, all will be told of the miracle of the immense planes from the United States bringing in the materiel that meant life to our people.”

In the ever changing, surprising history of the Middle East, on November 19, 1977, Egypt’s daring president, Anwar Sadat, landed at Ben-Gurion Airport—the first Arab leader to visit Israel. He spoke at the Knesset in a groundbreaking speech saying, “I declare it to the whole world, that we accept to live with you in permanent peace based on justice. We do not want to encircle you or be encircled ourselves by destructive missiles ready for launching, nor by the shells of grudges and hatreds.”

Sixteen months later, Sadat and Israeli Prime Minister Menachem Begin stood on the White House lawn hosted by former President Jimmy Carter. They signed the peace treaty on March 26, 1979, which took effect in January 1980. Their warm handshakes and smiles set the treaty on a course that has thankfully lasted 41 years.

Now, with the Jewish New Year off to its start in 5782 and the end of Yom Kippur 2021, we convey our sincere wish to Israelis and the Jewish community worldwide: “May you be inscribed in the Book of Life.”

Please join CBN Israel in prayer on this Yom Kippur, the Day of Atonement:

Today, may we Christians meditate on this wonderful verse that symbolizes Jesus’ gift of life for all who believe: “But He was wounded for our transgressions, He was bruised for our iniquities; the chastisement for our peace was upon Him, and by His stripes we are healed. All we like sheep have gone astray; we have turned, everyone, to his own way; and the LORD has laid on Him the iniquity of us all” (Isaiah 53:5-6).

Your ticket for the: Yom Kippur: An Ancient Goat, a War, and a Risen Savior

Yom Kippur: An Ancient Goat, a War, and a Risen Savior