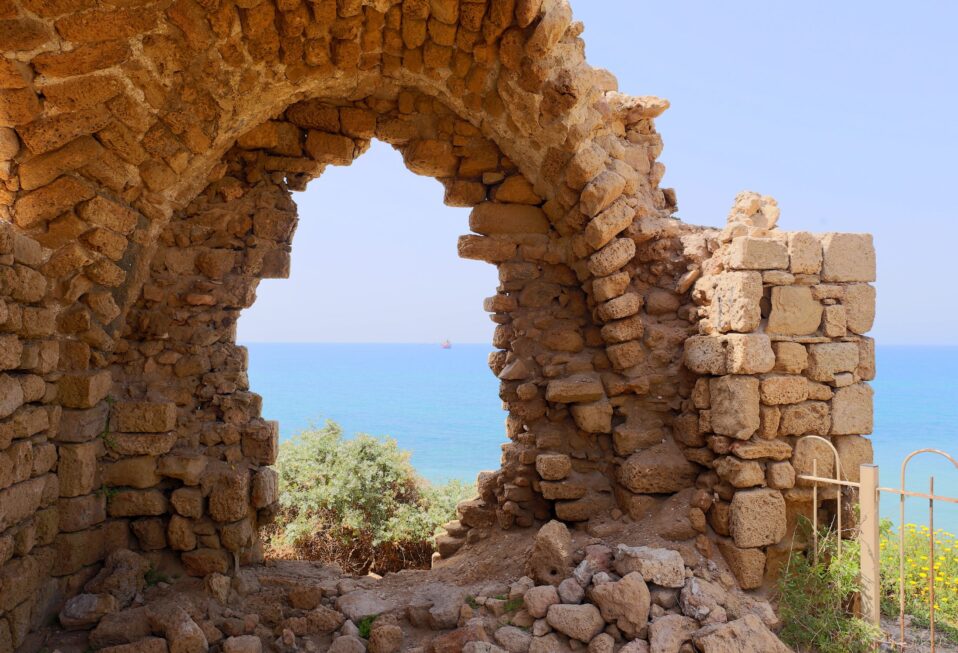 Ashkelon sits on the southern Mediterranean coast in the modern State of Israel. The Bible identifies it as one of the five Philistine cities along with Gaza, Ashdod, Ekron, and Gath. Ashkelon sits on the Mediterranean coast between Gaza and Ashdod. The ancient site sat on a ridge of cemented sandstone called kurkar. Its elevated vantage point allowed for the observation of the sea routes from Egypt to Lebanon.

Ashkelon receives, on average, almost fourteen inches of rainfall a year, which, while not a lot, is sufficient for viticulture and the cultivation of gardens. The high-water table meant that the city had an abundant supply of freshwater throughout its ancient history. Over a hundred ancient wells have been uncovered in excavations.

The land around Ashkelon consists of sand ridges that run parallel to the coast. The local kurkar served as a basic stone for building at the site. Its location on the sea and just west of major land trade routes made Ashkelon a maritime trading center. Ancient seafaring vessels traveled using the trade winds and currents, tacking their way following the coast. Thus, Ashkelon served as an important location along the sea route between Egypt and Lebanon.

Its close proximity to the most important overland route in the Ancient Near East, a route that connected Egypt with Damascus and Mesopotamia, meant that Ashkelon could capitalize upon its location for both land and sea trade. Throughout its history it maintained this dynamic; in the Byzantine period (4th-6th centuries A.D.), wine from Ashkelon was found in England.

Ashkelon functioned as an important site in the Middle (1950-1550 B.C.) and Late (1550-1200 B.C.) Bronze Ages. Its fortifications from the Middle Bronze period are quite impressive including an arched gate, which is one of the oldest arches in the world. In Iron Age I (1200-1000 B.C.), Ashkelon underwent a change within its material culture.

Excavations have revealed that during this period a distinct Philistine material culture emerged. With the Philistine appearance, both pig and dog entered the diet of the people; food avoided by both the Canaanites and Israelites. Excavators have uncovered tools and elements necessary for the manufacturing of textiles.

Two Phoenician shipwrecks discovered off the coast of Ashkelon illustrate the importance of Ashkelon for maritime trade. These vessels contained over four hundred wine amphorae. Ashkelon, like Gaza, Ashdod, and Ekron, was destroyed around 600 B.C. by the Babylonian king Nebuchadnezzar. The strategic importance of the city meant that it was rebuilt in the Persian period, and it continued to serve as in important trade center through the Byzantine period. It was eventually destroyed in A.D. 1270.

The Bible says little about Ashkelon. That was likely due to the biblical writers being unfamiliar with the cosmopolitan center of Ashkelon. The prophets Amos, Jeremiah, Zephaniah, and Zechariah denounced the city, but it did not serve as an important focus of the Bible. That, however, does not reflect the significance of this ancient site.

Your ticket for the: Biblical Israel: Ashkelon