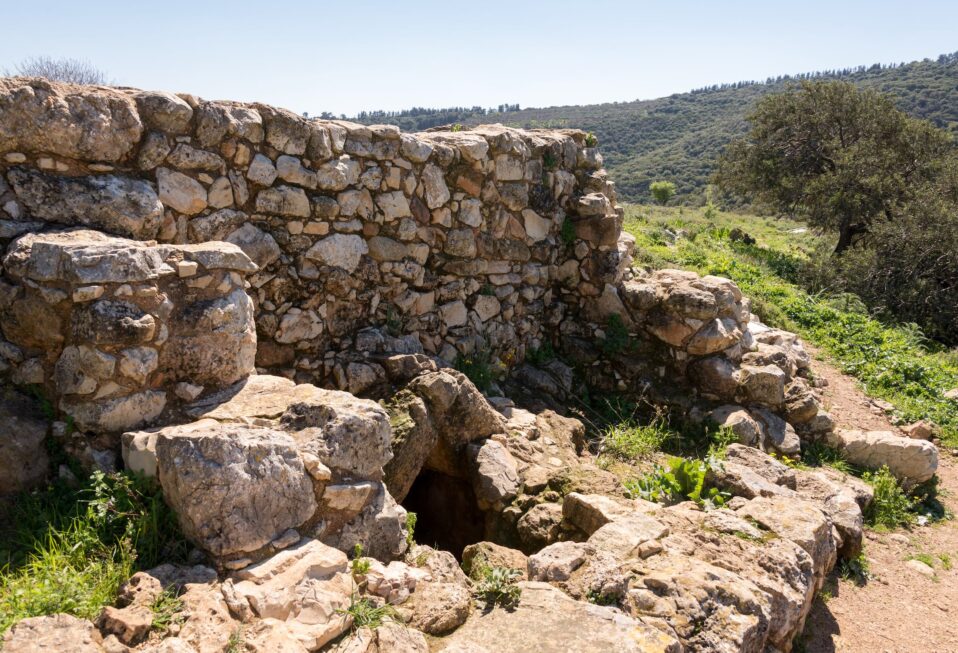 The Galilean village of Yodfat lies in the hills three miles north of Nazareth, Jesus’ hometown, across Beit Netofa Valley, an easy day’s walk. Its primary industries were textiles and pottery manufacturing. The inhabitants of Yodfat herded sheep and goats for the purpose of converting their wool into fabrics and textiles. Archaeologists discovered a number of loom weights in the area, which indicates that an industry of textiles came from Yodfat.

Yodfat provides an important window into the world of Jesus. During the First Jewish Revolt (A.D. 66-73), the first century Jewish historian Josephus relates that he commanded the Jewish forces in Galilee. He fortified villages throughout Galilee including Yodfat.

The Roman army laid siege to the village building a siege ramp for soldiers to cross over its wall. As the Roman forces besieged Yodfat, Josephus and some of his men hid in a nearby cave. He convinced them to commit suicide rather than surrender to Rome. When the moment came for his death, however, he changed his mind and surrendered to Rome. He was taken to the camp of the general Vespasian. Roman forces destroyed Yodfat. It was never rebuilt.

Yodfat provides a time capsule into the Galilean world of Jesus in the first century. Archaeological excavations at Yodfat show the social strata of a Galilean village. A home with beautifully painted frescoes was discovered similar to other wealthy homes excavated in Jerusalem. The finds also indicate the presence of both merchant and artisan classes, who owned and distributed, manufactured and produced textiles and pottery. We can also assume the presence of poor people as well, but they do not leave remains within the archaeological record.

The excavations at Yodfat speak to the religious life of first century Galileans. While a synagogue has not yet been discovered, archaeologists uncovered Jewish ritual immersion pools (mikva’ot). These stone vessels indicate a concern for Jewish ritual purity laws. The animal bones discovered at the village show a distinct avoidance of pigs in accordance with Jewish law. The archaeology of Yodfat indicates that the people living in this area were Jews concerned with observance of Jewish law.

These were the Galileans to whom Jesus taught, healed, and ministered. Yodfat was destroyed a little over 30 years after Jesus’ crucifixion. When we touch the site of Yodefat, we touch the Galilee of Jesus and his disciples. The pottery that litters the ground of this site is the kind of pottery used by Mary in Nazareth. Yodfat’s close proximity to Nazareth suggests that Jesus would have known this Galilean village, and likely visited it. And it offers a view of the hills and valleys that Jesus and his disciples traveled.

Your ticket for the: Biblical Israel: Yodfat