How Anti-Semitism Reproduces and How to Stop it 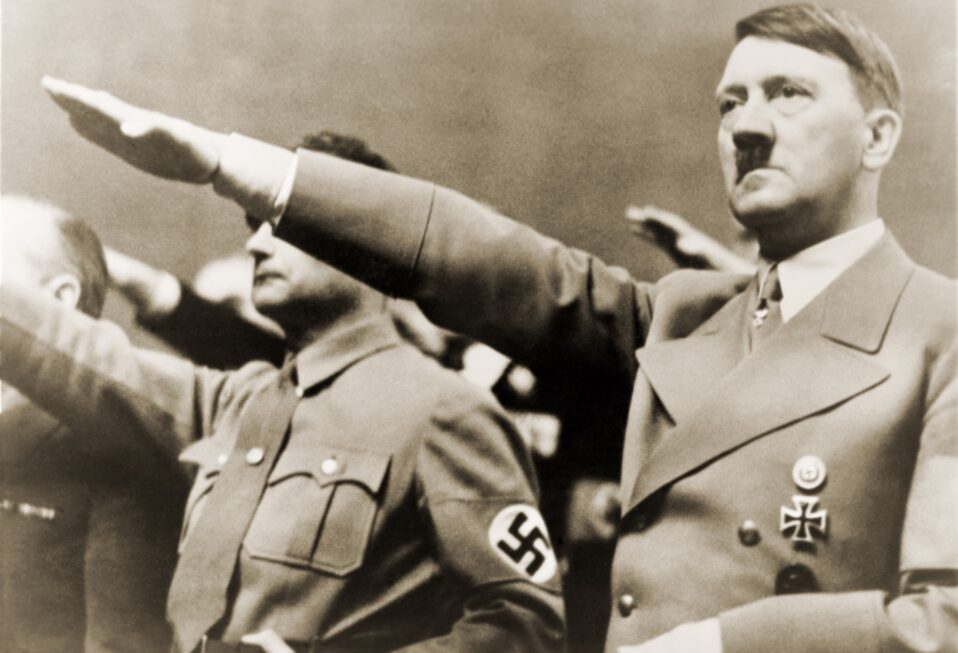 By the time World War II ended, the world was reeling in shock and chaos from the ravages of hate gone viral. In Europe alone, an estimated 15-20 million people died in a war viewed as the most destructive in history.

Hitler committed suicide on April 30, 1945. Germany then surrendered to the Allies on May 7. General Dwight D. Eisenhower’s judgment to call for photographic proof while liberating the death camps proved wise—the photo documentation provided incontrovertible evidence of inhumanity beyond comprehension. As the appalling photographs made their way into the public eye, the watchword “Never Again” was born.

Tragically, the seeds spawning this hatred were never destroyed—and they are active once again. Anti-Semitism continues to rear its wicked head and is spreading like a malignant cancer. Proactively aided by the United Nations, mainstream media, the World Council of Churches, and others, anti-Semitism also grows when onlookers react with passivity, denial, and apathy. Modern-day minions may not be marching in lockstep like the Nazis in Nuremberg Stadium, but marching they are. Among them are lone gunmen attacking Jews in synagogues and in the streets; terrorists inside and outside Israel; Iran, Hamas, and Hezbollah constantly scheming; and the Boycott, Divestment and Sanctions (BDS) movement inciting economic warfare against the world’s only Jewish nation.

A quote attributed both to Spanish philosopher George Santayana and Winston Churchill  summarizes my column today: “Those who cannot remember the past are condemned to repeat it.” Looking in history’s rearview mirror will help us understand how the Third Reich made hate and death acceptable to ordinary Germans and to churchgoers, as well. The evangelical Christian community must expand prayer, action, and vigilance so as not to imitate Germans who either appeased, denied, or enabled the evil. Passivity is not an option today.

How did Hitler’s propaganda machine grind out the lies and legislation that led to the death camps where 6 million innocent Jews were murdered? “Gradually” is the key word. When Hitler became chancellor of Germany on January 30, 1933, his hate-fueled machine first began carrying out smaller, organized attacks against the Jewish people.

At the time, some 500,000 German Jews made up only 0.8% of the population. Outstanding in many professions, Jews in Germany accumulated a disproportional 24% of that nation’s Nobel prizes.

Nevertheless, their achievements did not protect them. On April 1, 1933, Nazi boycotts and violence targeted Jewish-owned businesses. Laws passed one on top of another banned Jews from professions. Jewish-authored books were thrown into fires all over Germany. Then in 1935 the Third Reich passed the Nuremberg Laws, making Jews non-citizens.

All the while, throughout Nazi Germany many in leadership were cultured elites who attended elegant parties, classical music concerts, and the like. They were conveniently ignorant and in denial about what was actually transpiring right under their noses. Even high-level religious leaders—either devoid of discernment or full of fear—welcomed the Nazis openly and accepted their deceitful lies. The brilliant, beloved German theologian Dietrich Bonhoeffer did his best to alert the church. His dedicated opposition led to his hanging at the Nazi Flossenburg concentration camp a few weeks before liberation in 1945.

Goebbels implemented the strategies written in Hitler’s Mein Kampf (“My Struggle”), which is still a bestseller. He described his propaganda technique as so “colossal” that no one would believe that this kind of “impudence to distort the truth so infamously” would even be attempted. In similar fashion, we hear “colossal” lies about Israel today—one of the most historically outrageous being that Jerusalem is not Israel’s capital.

Goebbels once said about lies, “The lie can be maintained only for such time as the State can shield the people from the political, economic and/or military consequences of the lie. It thus becomes vitally important for the State to use all of its powers to repress dissent, for the truth is the mortal enemy of the lie, and thus by extension, the truth is the greatest enemy of the State.”

When you read some of the Hitler/Goebbels quotes, think about the current propaganda against Israel and Jewish communities worldwide. Remember, propaganda is a vehicle that drives an agenda without objectivity. Its selective facts, rumor, and loaded language are designed to derail a person, group, movement, institution, or nation. An often-overlooked result of repeating lies is that even you yourself will come to believe it. Is this true for mainstream media? Germans “came to believe it themselves.”

More insights became available in the 1940s, when the U.S. Office of Strategic Services cited a book by psychoanalyst Walter C. Langer, who wrote The Mind of Adolf Hitler: “His primary rules were: never allow the public to cool off; never admit a fault or wrong; never concede that there may be some good in your enemy; never leave room for alternatives; never accept blame; concentrate on one enemy at a time and blame him for everything that goes wrong.” The Hitler/Goebbels anti-Semitic party line is still alive, with its strategies resulting in a deadly propaganda downline that reaches from the 1920s to 2021.

What are we to do? First, understand God’s outlook on courage. Joshua 1:9 says: “Have I not commanded you? Be strong and courageous. Do not be afraid; do not be discouraged, for the LORD your God will be with you wherever you go.”

God has given Christians another chance following the events of World War II and the Holocaust to stand with the Jewish people and oppose the poison of anti-Semitism. With that being said, Christian commitment to this cause needs to expand much further. Although Yad Vashem recognizes almost 27,000 Righteous Among the Nations as “Drops of Love in an Ocean of Poison,” Christian rescuers during the Holocaust were too few—and many died. We must remember history but be determined not to repeat it.

Be on your guard and watch out for new displays and indications of the same type of propaganda utilized by Hitler and Goebbels decades ago. Read reliable information. Develop discernment in what you read and hear. Speak out with a factual and reasoned voice against the disparaging lies. Reaching out to the U.S. Congress on behalf of Israel with tools from Christians United for Israel (CUFI) and the American Israel Public Affairs Committee (AIPAC) can help guide better and stronger legislative decisions.

Support trusted Christian and Jewish organizations that strengthen Israel. Travel to Israel when you can. To expose today’s propaganda downline, we must proactively abandon apathy, maintain vigilance, dismiss denial and naivete, and most of all, source and share the facts. The Christian Broadcasting Network and CBN Israel serve as an enormous repository of facts, documentaries, and balanced news about Israel.

Prayer is foundational but be warned: Passivity helps propaganda proliferate.

Use emails and social media, along with discussions and programs in our churches, to promote support for Israel and the Jewish communities in the United States and abroad. Let’s determine to be champions for the truth!

Together, may we remember and meditate on Paul’s exhortation to the churches in Corinth:

Your ticket for the: How Anti-Semitism Reproduces and How to Stop it

How Anti-Semitism Reproduces and How to Stop it