Thankful for Israel: A Blessing to the World 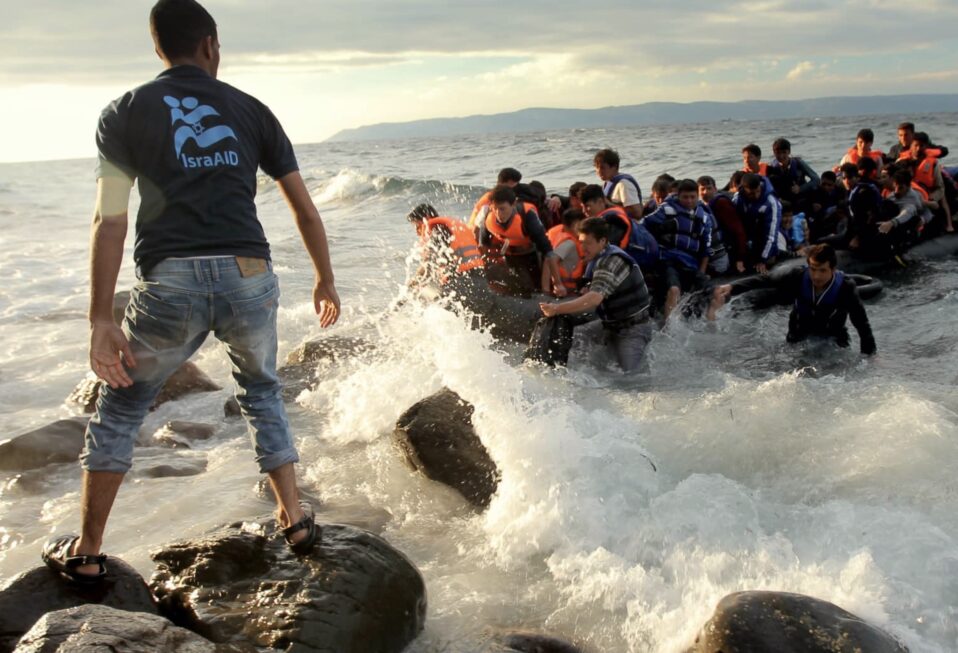 Today, as we observe a national day of thanksgiving and count our many blessings, may we be extra mindful of those who are distressed and in need throughout our world. This is where we should especially take to heart the extraordinary example of our friends in Israel and how they continue to be an exceptional model of what it means to take our blessings and use them to be a blessing to others. It is remarkable to witness the countless ways in which the modern Jewish nation is still fulfilling God’s promise to Abraham: “All peoples on earth will be blessed through you” (Genesis 12:3).

For instance, consider how IsraAid, Israel’s largest non-governmental humanitarian organization, stepped in to rescue refugees following the U.S. pullout from Afghanistan and the subsequent rapid Taliban takeover. IsraAid immediately began operations to help rescue both Afghan Christians and Muslims, who found themselves under intense persecution due to their religious or political allegiances. IsraAID responded, as they do in many other crisis situations around the world, because they believe in using their blessings—as a country and people—to bless others.

Through a series of near-miraculous connections, IsraAID rescued 42 members of the female Afghan Cycling and Robotics teams on September 6. Around-the-clock networking resulted in passports and transit papers, border crossing in buses, nail-biting negotiations with the Taliban, delays at the Tajikistan-Afghanistan border, and dangerous Taliban threats about a flight from northern Afghanistan to the United Arab Emirates (UAE). Each and every breakthrough was absolutely astounding. UAE’s Crown Prince Mohamed bin Zayed himself welcomed IsraAID’s team with rescued Afghanis—a wonderful byproduct of the Abraham Accords peace agreement.

Then on October 13, Newsweek magazine reported that IsraAID helped facilitate a second rescue in early October with 125 at-risk Afghans, which included families of the Afghan Cycling and Robotics teams. Israel, along with other goodhearted nations, acted as shining lights amid the darkness and despair. Their actions were a blessing in the middle of this disastrous situation.

I met IsraAID’s cofounder, Yotam Polizer, in 2018 when he spoke at an American synagogue. Afterward, I spoke with him in a brief interview. I was struck once again that Israel is still a light to the world and growing ever brighter in a chaotic world. IsraAID, founded in 2001, specializes in search and rescue efforts in natural disasters, helping populations affected by war, poverty, and displacement globally. IsraAID’s humanitarian assistance encompasses those in need, no matter their ethnicity, politics, or religion. Yotam pointed out that IsraAID is usually “the first to arrive and the last to leave.” He uses the acronym FILO—First In, Last Out.

Since Israel has faced daily terrorism of all kinds in its modern history, IsraAID has developed expert teams of professionals who use what they have learned to provide relief in more than 55 nations. Following one of Israel’s cultural values to “repair the world” (tikkun olam in Hebrew), they span the globe with both emergency and long-term development projects. Whether in Nepal, Guatemala, Mozambique, Greece with its Syrian refugees, and even U.S. states hit by hurricanes or ravaged by fires, people in need hear Hebrew-speaking teams walking among them ready to offer assistance.

In recent interviews about IsraAID’s help in Afghanistan, Polizer mentions that the NGO usually goes into countries following natural disasters. Yet the Afghan situation was an emergency on the front end. IsraAID jumped in and kept in close contact with several American groups, including U.S. veterans and Christian groups focused on immediate evacuations where possible.

One of the Afghan refugees did not know until the IsraAID bus stopped at the border of Tajikistan that Israelis were helping them. He said that social media had painted the Israelis “with a bad image.” When he learned that the Israelis were the ones who had helped rescue them, he described them as “angels” and then apologized in shame for his wrong opinion. He now considers them as family.

IsraAID, other non-profit organizations, and private groups are dedicated to rescuing those on their waiting lists who are in danger from the Taliban terrorists who idolize evil deeds, carrying out murder and mayhem against anyone who does not comply with their oppressive aims.

On this Thanksgiving Day, may we recognize our divine calling to take our many blessings and use them to be a blessing to others—especially those in crisis and in desperate need throughout our world. May we follow the example of Israel and organizations like IsraAID as they continue to fulfill God’s promise to Abraham.

Please join CBN Israel in thanking God and praying for the people of Israel:

Your ticket for the: Thankful for Israel: A Blessing to the World

Thankful for Israel: A Blessing to the World