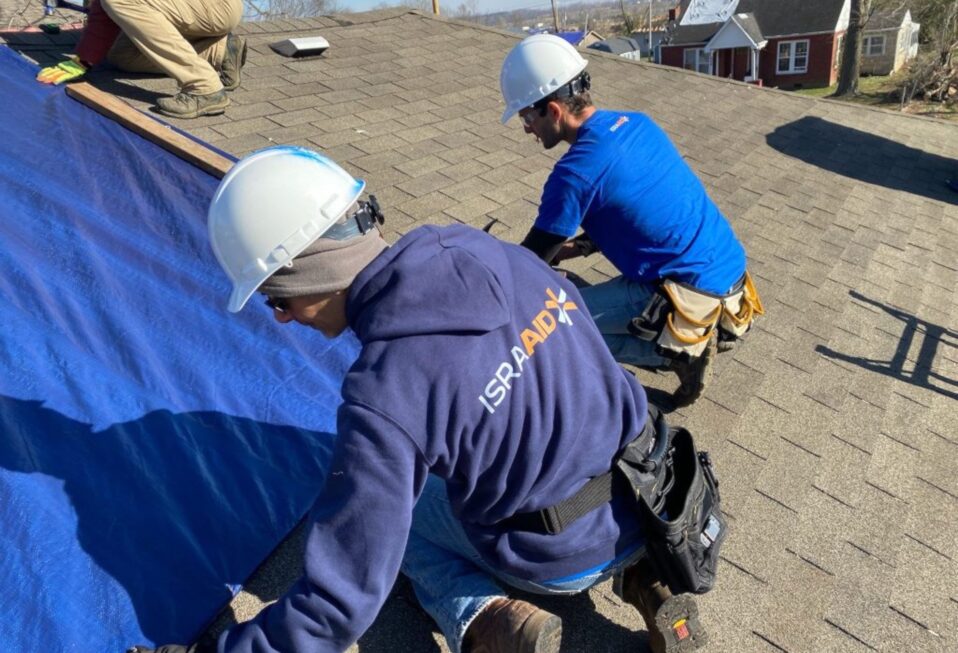 Mayfield, Kentucky, where tornadoes practically crushed the town of 10,000 into kindling wood earlier this month, is now experiencing the calming currents of help and hope in expressions of Christmas giving. Mayfield is hardly alone, since other towns in four states also suffered along 250 miles of whirling terror. Ninety-two people died, with an estimated 75-78 dead in Kentucky alone.

“Better together” is an often-used phrase that is quite true. Without regard to their own personal plans, volunteers in the aftermath of devastation have proven superb examples of mutual, widespread humanitarian responses. Untold hundreds of large and small in-person efforts and helpers, along with private fundraising nationwide, are expressions of Judeo-Christian values. Our values, enshrined in the Bible through ancient Jewish scribes under God’s inspiration, are being enacted now in the tornadoes’ aftermath—by caring Israelis and the American Jewish community. Together, they are coming to the aid of Kentuckians alongside businesses, churches, and Christian organizations. Interestingly, Kentucky’s Jewish population is only around 12,500 in a state with a 4.5 million population.

Israel’s Consul General to the Southeastern United States, Anat Sultan-Dadon, visited western Kentucky last week to convey Israel’s “love and friendship during these difficult days.” After visiting a church and school that have been actively helping victims, Sultan-Dadon commented that the devastation she saw was “heartbreaking,” yet the aid was “heartwarming.” She presented 400 backpacks for Dawson Springs and Earlington schools. The Israeli consulate office in Atlanta represents Israel in Kentucky, Georgia, Tennessee, Alabama, Mississippi, and the Carolinas.

The consul general’s visit to Kentucky is supplemented by IsraAID, an Israeli non-government organization (NGO). IsraAID’s first crisis response team arrived in Mayfield, and more are on the way. According to Metro Voice News in Kentucky, at this writing Israel is the only country that has sent rescuers and goods to the beleaguered state. Focusing on home repair and removing debris, the IsraAID team is partnering with Team Rubicon, an American international disaster response organization founded by U.S. military veterans. Together, these American and Israeli military-background humanitarians reflect the strong bonds of cooperation between the two nations. Certainly, a historic example of “better together” in contexts both here and in Israel where they train together for the security of both nations and work together to rescue those in need.

Since 2001, IsraAID has responded to humanitarian crises in 55 countries, among them the United States. In June, an emergency delegation of Israel Defense Forces reservists arrived in Surfside, Florida, after the collapse of Champlain Towers South condominium, which killed 98 residents.

Locally, the Jewish Federation of Louisville has already surpassed its 50,000-dollar goal by raising $100,000 in a relief fund going to the American Red Cross. Project Friendship, a social-service arm of Chabad of Kentucky, has delivered winter clothes and shoes to residents in western Kentucky valued at tens of thousands of dollars. Chabad is the world’s largest international organization of Jewish education and outreach.

The business community is acting too. They are going full speed to help, as described by Sarah Davasher-Wisdom, president and CEO at Greater Louisville, Inc., the city’s chamber of commerce. “In Greater Louisville alone, we have seen companies making significant monetary donations, running supply drives, and even lending a hand on the ground,” she said. “I am confident that the business community will continue supporting our neighbors as rebuilding efforts get underway.” Ms. Davasher-Wisdom grew up in Bowling Green where—she finally learned amidst the chaos—her family members were safe.

On other fronts, Kelly Craft, a lifelong Kentuckian, is a former pro-Israel U.S. Ambassador to the United Nations. She and her husband, billionaire Joe Craft, implemented matching gifts where they raised more than $3 million dollars in a University of Kentucky Athletic Department telethon.

Just hours after the tornadoes hit, the influential Hillvue Heights Church in Bowling Green, Kentucky, started a drive to help their citizens. Seventeen deaths and widespread damage had stunned the city overnight. Under the guidance of senior pastor Dr. Steve Ayers, his staff and volunteers found the generous responses so overwhelming that the organizers were forced to pause—so they could recruit even more volunteers to organize the donations and make much-needed deliveries. Last Sunday they hosted a prayer and lantern service that drew residents together.

Bowling Green was also the destination of a Hope Force International (HFI) team that has been cleaning up yards, buzz-sawing downed trees, and securing tarps on rooftops. Headquartered in Nashville, Tennessee, HFI trains hundreds of volunteers and reservists prepared to serve with compassion and God’s love when disaster hits. They deploy as quickly as possible in the United States and abroad, from Appalachia to Haiti to Nepal. HFI calls their practical and spiritual help “the ministry of presence,” with all teams working sensitively and providing chaplains who offer comfort to those who have suffered traumatic losses.

Reading over this brief list, we can see that we are “Better Together” in groups large and small and as nations working together for the betterment of our citizens. The concept is stated beautifully in Ecclesiastes 4:9-10: “Two are better off than one, because together they can work more effectively. If one of them falls down, the other can help him up.”

Grateful for Israel and all responders, may we be sure to direct our love, praise, and gratitude toward our Heavenly Father this Christmas. In Exodus 20:3 God commands us, “You shall have no other gods before Me.” I appreciate Israel not because they were or are without sin but because God chose them—although imperfect vessels—to transmit His love through the Bible and through His Son. The Incarnation, Immanuel, God with us, is God’s unconditional gift of love to the entire world. We ourselves—like all peoples and nations—are imperfect. We owe the King of Kings, our Redeemer, all that we are and ever hope to be. Merry Christmas!

We invite you to join with CBN Israel in prayer during this week of Christmas:

May you and your family enjoy a Merry Christmas, or in Hebrew, Chag Molad Sameach!

Your ticket for the: Better Together: Christmas Comfort from Israel, American Jews, Christians, and Businesses