Hope in the Holy Land? One Film Casts a Light 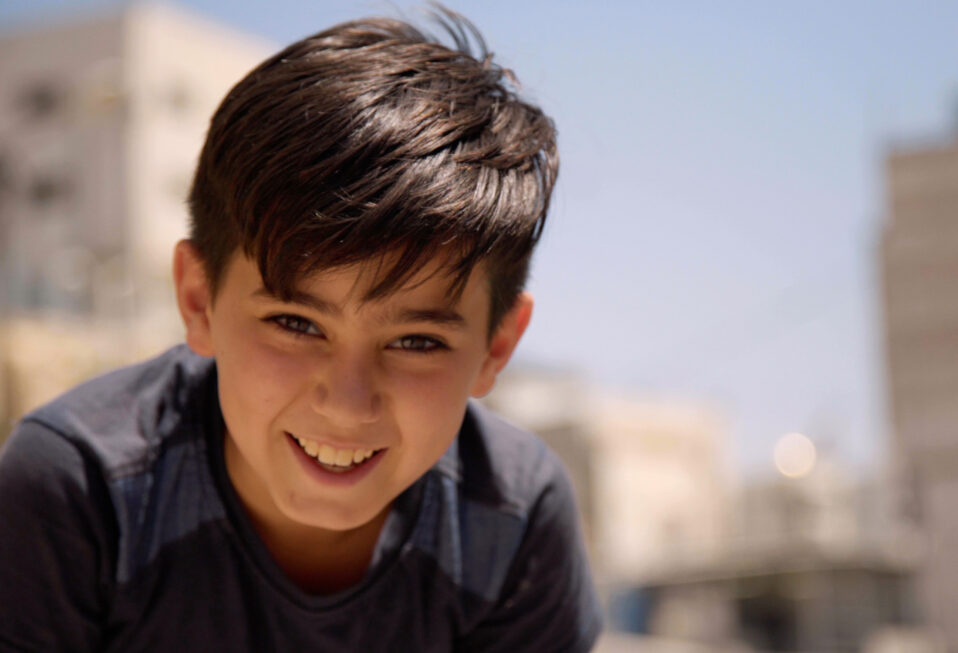 However, the filmmakers saw another possibility. Hope in the Holy Land, an ambitious film, is co-produced and directed by Justin Kron and Todd Morehead. A pastor and California film producer/director, Morehead traveled all over Israel, listening to and recording the sentiments of everyday Jews and Palestinians. In the film, the two perspectives are both skillfully and effectively captured.

The film was deliberately released on May 14, 2021, Israel’s Independence Day and what Palestinians call the Naqba (catastrophe). The film explores the possibilities of achieving harmony—not by presenting briefings from experts, negotiators, polling, or statistics—but by broadening the perspective to average ordinary people on both sides and offering a balanced, compassionate examination of the conflict.

I viewed Hope in the Holy Land last October at Restoration Church in Alpharetta, Georgia.

I enjoyed meeting and talking with Justin Kron when I attended the film’s showing. For this column I asked Justin, co-creator and producer, to email me a quote. His response expresses the goal of the film. “In this world where agenda-driven narratives are pushed at the expense of truth and the well-being of humanity, we set out to do the opposite for the sake of our own integrity as filmmakers and for the benefit of the viewers, especially those who want to understand the conflict through a biblical worldview.”

Kron goes on to articulate the balance they sought to “not only honor Israel’s right to exist as a sovereign Jewish state, but also to uphold the dignity of Arabs living in the land. What we discovered is that there are Jews and Arabs on both sides who also embrace that worldview, and we’re grateful that we got to help share their stories.”

Awaiting the film’s opening credits, I was both curious and skeptical. As a longtime pro-Israel advocate, years of my work professionally has centered on mentoring Christians to interact with their members of the U.S. Congress through the American Israel Public Affairs Committee (AIPAC). Among the legislation, defunding the Palestinian Authority was important, due to its policy of monetarily rewarding terrorists’ families. Reflecting on my writing and research since 2016 when I retired from AIPAC, I have written on topics about the United Nations; anti-Semitism; the Boycott, Divestment and Sanctions (BDS) movement; and the results of lies fed to the Palestinian population by their leaders.

I recalled many trips to Israel. On some trips, I learned about pockets of friendship and cooperation in shared industry workplaces for Jews and Palestinians—even in Judea and Samaria, the biblical heartland. Favorable Palestinian and Jewish relationships abound on university campuses, hospitals, and in research and technology projects. Yet a cloud of hatred still hovers over Palestinians, abetted by their leaders.

Egyptian-born Yasser Arafat invented the concept of “Palestinians” as a separate ethnicity when he founded the Palestinian Liberation Organization (PLO) in 1964. Sixty years later, it has become a dangerous deterrent to peace, along with the frustration and fear felt by the Jewish community after decades of dead-end peace plans and unrelenting terrorism. I and millions of evangelicals worldwide have viewed Israel as needing friends and advocates. That remains true.

As I sat in the audience, I found myself wondering what I would think once the film ended. My thoughts finally came to attention when the opening credits rolled into a 111-minute documentary film of time well spent. Todd Morehead experienced the in-person conversations with Jews and Palestinians in a tapestry of opposite opinion and everything in between. The film’s interview approach was refreshing in its authenticity, whether I agreed with every interviewee or not. Morehead carried himself as a calm, sincere questioner and listener.

Watching Hope in the Holy Land reminded me of a playground seesaw. The film seriously and successfully integrates a single pivot point in the center of the widely contrasting opinions, ranging from hostile to harmonious. The compassionate pivot point creates a safe place where viewers see and hear opposite—as well as shared—perspectives that stretch whatever opinion audiences hold while viewing the array of Jews and Palestinians.

Revisiting the reality of our own humanity and emotions, it occurred to me anew while spellbound with the film that both hatred and fear can disfigure minds and emotions. Guarding against both are struggles that we must choose to place in the waiting hands of our God and Savior to heal.

Hope in the Holy Land has collected an impressive series of awards. They include the Audience award at the 2021 San Diego International Jewish Film Festival, winner of the 2020 International Christian Visual Media Gold Crown Award, and an official selection of the 2020 Justice Film Festival. The multiple, wide-ranging endorsements on their web site at hopeintheholyland.com uphold the excellence and value of the documentary. This documentary is a worthy one!

The film rests under the umbrella of the Philos Project, a non-profit that describes itself as “a community of Christian leaders who advocate for pluralism in the Near East.” The organization has initiated a series of significant projects since its founding. One of these is Passages, co-sponsored with Museum of the Bible, which offers Christian college student leaders a fresh, innovative approach to experiencing the Holy Land.

Rabbi Tuly Weisz, editor of The Israel Bible and CEO of Israel365, wrote an opinion piece for Fox News a few years ago. In it, he cited Genesis 15:18-21, when God and Abraham began what is now a 3,000-year-old conversation. God promised, “I will assign this land to your offspring.” It resulted in God’s eternal contract with the Jewish people. Rabbi Weisz goes on to say that the Hebrew Bible contains 1,000 verses connecting the Jewish people with the land of Israel.

These biblical facts remain unmoved as one of the cornerstones of my Christian faith. However, Hope in the Holy Land is a visual vessel with a reminder of another vital biblical cornerstone: “For the whole law is fulfilled in one word: ‘You shall love your neighbor as yourself’” (Galatians 5:14).

Following our Jewish Savior, we are the ones who must do our best to uphold biblical truth about God’s sovereign perspective of Israel, the Jewish homeland, all the while remembering we are to love others as He loves us. One of the film’s epigrams asserts, “In spite of all the years of conflict, there are people here rising above the hurts of the past, to speak the truth, and be lights in the darkness. There’s hope here—if you know where to look for it.”

Psalm 104:19 describes our Creator: “He appointed the moon for seasons; the sun knows its going down.” Father God will set everything right at a time only He knows. In the meantime, the Bible is the place to embrace God’s covenant relationship with the Jewish people matched with His law of love for the Arab people.

Please join CBN Israel in prayer for both Jews and Arabs in the Holy Land:

Your ticket for the: Hope in the Holy Land? One Film Casts a Light

Hope in the Holy Land? One Film Casts a Light