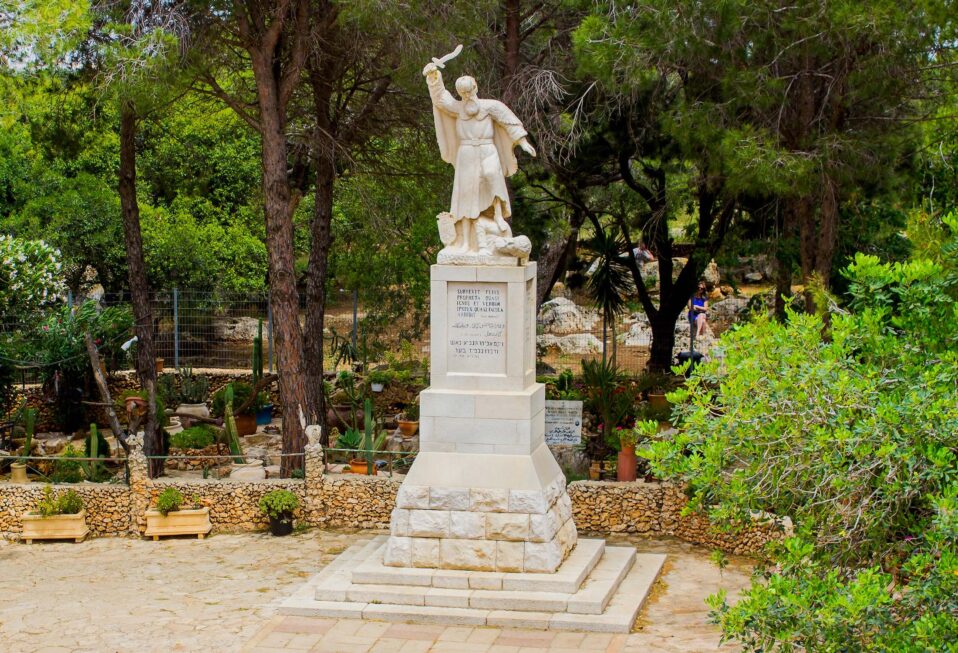 Mount Carmel is a limestone ridge that bisects the coastal plain of the land of Israel branching off from the mountains of Samaria west towards the Mediterranean coast. It is most famous as the location for the confrontation between Elijah and the prophets of Ba’al (1 Kings 18:19).

Today, the Carmelite monastery of Mukhraka (Arabic meaning “burned place”) remembers that event. The mountain’s geographic location along the Mediterranean coast makes it fertile for agriculture (600mm average rainfall a year), which also led biblical writers and prophets to herald Carmel as a place of agricultural abundance (Song of Solomon 7:6; Isaiah 33:9; 35:2; Amos 1:2). Its fertility, rainfall, and proximity to the Phoenician coast, just to its north, made Carmel an appropriate location for the worship of Ba’al, the Phoenician god of storms and fertility. Even after Elijah, people continued to worship Ba’al of Carmel.

The fertility, precipitation, and location of Mount Carmel play a key role in the story of Elijah and the prophets of Ba’al. Agriculture in the land of Israel proved difficult in the ancient world. The people depended solely upon God for rain to water their fields and crops due to the topography of the land (see Deuteronomy 8; 11:10-20).

For this reason, God promised that as long as Israel obeyed Him and His commandments, He would send rain in its season; if Israel disobeyed, He would shut the heavens, so it wouldn’t rain. The concern for rain in its season (at the appropriate time) lead the Israelites to often look also to other local deities, like Ba’al, to provide rain, just in case.

The people had turned from God by worshipping Ba’al during the reign of King Ahab, and therefore, God sent drought on the land. Elijah called the children of Israel, together with the prophets of Ba’al, to gather on Mount Carmel. Mount Carmel receives some form of precipitation 250 days a year; it sits on the southern edge of Phoenicia where Ba’al worship originated. It also provided a high place.

Ba’al is often depicted walking on the mountains, a god of high places. The drought that God sent offered a direct challenge to the god of rain. Elijah’s challenge, the god who answered with fire was God; Ba’al’s symbol was a lightening bolt. The heart of the story lies within the geographic setting of Mount Carmel.

Of course, after God sends the fire upon Elijah’s sacrifice, and the people turn to the Lord as God, then He sends the rain. The setting and background of this story underline the challenges of daily life faced by the ancient Israelites; these challenges that raised the fundamental question that Elijah posed to the people, “If the Lord is God, then serve Him.”

Your ticket for the: Biblical Israel: Mount Carmel