Palm Sunday and the Day of the Lambs 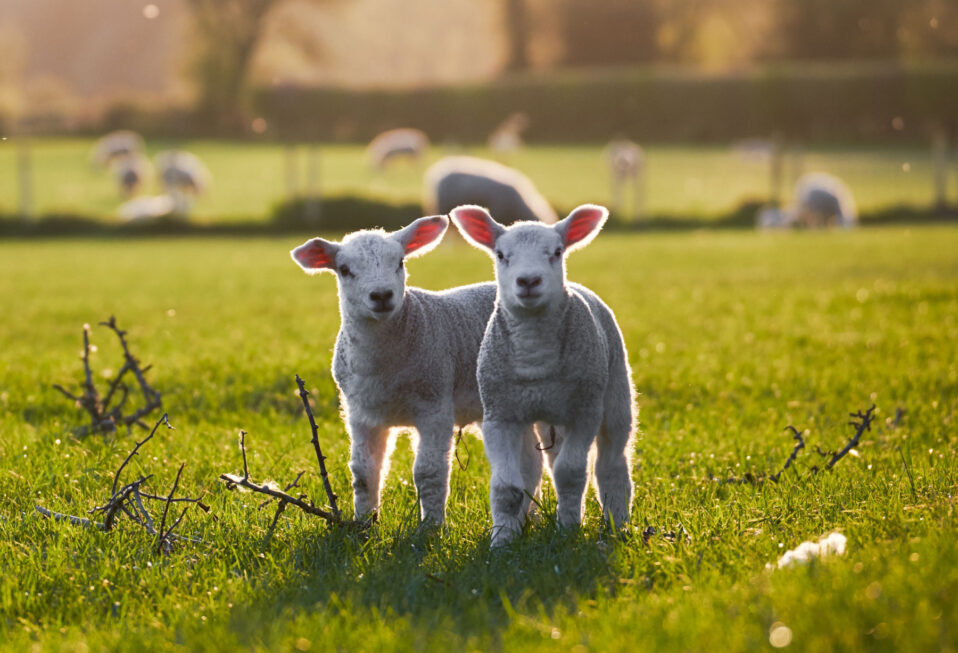 When John the Baptist saw Jesus walking toward him at the Jordan River, he announced, “Behold! The Lamb of God who takes away the sin of the world!”

Those awaiting baptism may have been startled. They knew all about lambs. Their Jewish culture was saturated with them, as they not only provided a livelihood by means of food and clothing but were also an essential part of the ancient Jewish sacrificial system. So, what did John’s title for Jesus mean?

The slaughter, the lamb’s blood, symbolized a temporary redemption, a covering for sin that God inaugurated in ancient Egypt. Looking into history’s rearview mirror, when Israelites were enslaved in Egypt, God instructed them to choose an unblemished, perfect lamb to kill and then apply its blood to their doorposts. In the 10th plague, which took the lives of Pharoah’s firstborn, God promised that when the Angel of Death swept over Egypt and saw the blood, the Israelites’ firstborn would not die. The blood of lambs saved lives!

Some 1500 years later, the Jews who gathered at the Jordan that day could not imagine the significance of John’s greeting to Jesus. They did not know it was a day of beginnings—the day Jesus presented Himself officially for baptism, then ministry. The Lamb of God sent as a sacrifice not in the Temple, but to die on a cross. One death for all sin—a radical idea from God the Father who radically loves us.

Holy Week 2022 begins this Sunday, April 10—our Christian celebration of Palm Sunday with remembrances of Jesus’ last days before His sacrificial death on the cross. Churches have numerous customs on Palm Sunday to celebrate Jesus’ triumphal entrance into Jerusalem.

The Jewish context of our Christian faith, though, is often lost in the annals of history. Two thousand years ago, Jesus rode into Jerusalem on what was called the “Day of Lambs”—the day that Jewish shepherds annually herded huge flocks of Passover lambs into Jerusalem, which signaled the beginning of the Passover celebration.

Jesus fulfilled the prophetic descriptions of the Old Testament, poignantly shown in the 53rd chapter of Isaiah. Then, in the New Testament, Jesus’ birth to a young Jewish woman fastened the Old and New Testaments into one glorious story in the history of humanity.

Born into a Jewish family and culture, Jesus lived His life on earth engaged in Jewish customs and religious observances. When the time came for His holy destiny as our sacrificial Lamb, our Savior Jesus entered Jerusalem, a city He loved, fully understanding that His interrogation, beatings, betrayals, and crucifixion lay ahead.

Prior to Jesus’ triumphal entry into Jerusalem, His reputation for teaching and miracles was well known. His fame spread throughout the land, as did the growing rage of the religious and political hierarchy. Jesus healed a blind man, ate with sinners, attended a joyful wedding, and raised Lazarus from the dead.

Throngs of Jewish followers viewed Him as their Savior. Crowds lined the streets, waving their greenery and throwing down their cloaks thinking He was their hoped-for king, a human king to liberate them from their Roman oppressors. Jews waved palm fronds and olive branches shouting “Hosanna,” which in Hebrew means, “God saves.”

Estimates are hard to come by, but the historian Josephus says that a million or more Passover pilgrims were already flowing into the capital from all over the known world. Passover, the highlight of the Jewish year, was one of the three most important Jewish festivals.

When Jesus rode a donkey into Jerusalem on Palm Sunday, it occurred on the same day when Bethlehem shepherds annually herded huge flocks of Passover lambs into Jerusalem. The Day of Lambs! It was a divine cultural context with awe-inspiring purpose.

The Sadducees, in charge of Temple sacrifices, also owned the Bethlehem fields and the lambs raised there. They hired shepherds who were experts in animal husbandry. The Sadducees considered these shepherds as Levitical priests, because the lambs they tended when ewes gave birth were destined for Temple sacrifices. Exodus 12:5 instructs, “Your lamb shall be without blemish, a male of the first year. You may take it from the sheep or from the goats.” Historian Josephus estimates that as many as 265,000 lambs could be sacrificed in the Temple for Passover.

However, the Sadducees first required that each animal be inspected at Jerusalem’s Lamb Gate to make sure none was blemished. Perfection was the rule! When Jesus rode by on a donkey, the priests missed the fact that He was the Perfect Lamb, considering Him a threat to their power, wealth, and corrupt system. They controlled every step of the sacrificial process, including selling the lambs to the Passover pilgrims. You can now understand why, later the same day, Jesus walked to the Temple Mount in a display of righteous anger. He overthrew the money changers’ tables and coins as recorded in Matthew 21:13, “It is written, ‘My house shall be called a house of prayer,’ but you have made it a ‘den of thieves.’”

Jesus, the Perfect Lamb of God, rode into Jerusalem with thousands of bleating, scampering Bethlehem lambs that were paraded into the holy city by shepherds from Bethlehem, Jesus’ birthplace. I wonder: Did some shepherd priests who beheld Jesus’ birth in Bethlehem live long enough to behold Him once again as He entered Jerusalem among thousands of lambs?

Although we may have commemorated decades of Holy weeks, let us make sure we behold Jesus at this Holy season in a new and profound way. Our world is filled with chaos; however, Father God made a redemption plan through Jesus, the Perfect Lamb, giving us the kind of peace that overcomes the chaos.

We invite you to join us at CBN Israel for the holiest week of our year beginning with Palm Sunday, the Day of Lambs. John 1:14 reminds us, “And the Word became flesh and dwelt among us, and we beheld His glory, the glory as of the only begotten of the Father, full of grace and truth.”

Pray that we will draw closer to God this Holy Week and that we will have an even deeper gratitude for Jesus’ redemptive gift:

Your ticket for the: Palm Sunday and the Day of the Lambs

Palm Sunday and the Day of the Lambs