Six Predictions on How the Biden Iran Deal Will Impact the Middle East and Weaken U.S. Power 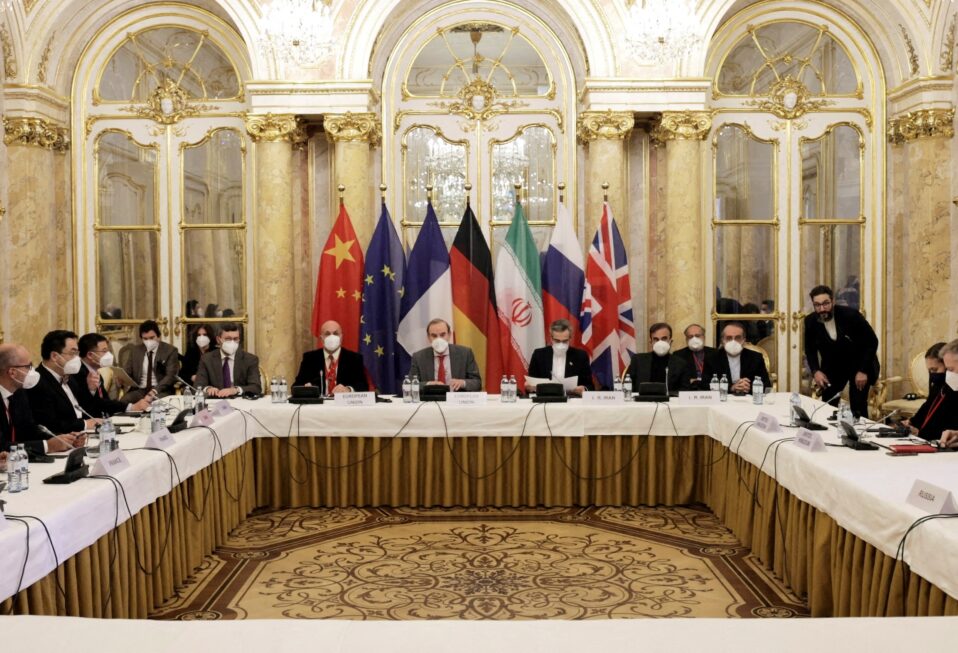 Reports from the Vienna talks indicate that a new “Iran Deal” is expected to be announced imminently. Based on the public information on the probable terms of this agreement, there are six outcomes that I predict are likely consequences of this new Iran Deal for the Middle East and North Africa (MENA) region. The end result of this Biden Iran Deal will be seismic shifts in the region and a weakening of the U.S. as the leading global power.

The first, and perhaps the most significant, outcome is the perception by all of America’s historic allies in the MENA region that the United States is about to commit a historic betrayal of long-term U.S. allies Israel and the Kingdom of Saudi Arabia (KSA), by signing on to this new Iran Deal. In the last few weeks, Saudi Crown Prince MBS has refused Joe Biden’s phone calls; Saudi Arabia has refused Biden’s request to pump more oil to make up for oil shortages as a result of the Russian war on Ukraine; and when asked recently in the Atlantic if he is misunderstood by Joe Biden, MBS responded, “Simply, I do not care,” and went on to say, “It’s up to him to think about the interests of America.”

While the Israelis have been less public in broadcasting their perception of American betrayal, the sense is there, nevertheless. Israeli Prime Minister Naftali Bennett is reported as telling his cabinet in a March meeting, “We pick our battles with the Americans; there’s no reason for an international campaign against the nuclear deal—because it will be signed.” The Israeli premier believes he is serving his country’s interests by not waging a public campaign against the U.S. president as his predecessor did against then- President Barack Obama and the original 2015 Joint Comprehensive Plan of Action (JCPOA) Iran agreement, but the sense of futility in trying is certainly there.

The second outcome of the Iran Deal is a trend that has been observable for a handful of years, which is Israel’s Gulf Arab neighbors depending on this young nation to take the action necessary against Iran to protect them all. This is a wonder to behold—that little Israel, only 76 years old and engaged throughout its history with both internal and external enemies that wish to destroy her— has somehow become the protector of the region.

Israel has proven itself, time and again, to have astonishing intelligence capabilities in terms of its reach into Iran and capability to disrupt Iran’s march toward the bomb. Whether it was the daring Mossad operation into Iranian territory to withdraw Iran’s nuclear archives, or the elimination of Iranian nuclear scientist Mohsen Fakhrizadeh, or the multiple explosions at Iran’s nuclear and other facilities—Israel has proven itself capable of what it seems no other country can achieve.

Due to Israel’s success with these operations, the Sunni Gulf states are now relying on Israel to contain Iran and protect them all from the Iranian threat. This dependence on Israel will only continue to grow following the signing of the Iran Deal, which naturally yields to my third prediction—and that is the continued strengthening of the Sunni-Israel alliance.

The Sunni-Israel alliance was formalized with the signing of the Abraham Accords brokered by the Trump Administration, which for the first time in history saw warm peace deals being made between Israel and her Arab neighbors. Last week’s historic Negev Summit—hosted by Israel on Israeli soil and bringing together the Foreign Ministers of Bahrain, Egypt, Morocco, the UAE, and the U.S.—was a significant step forward in the strengthening of that alliance. We can expect the Iran Deal to cause a further strengthening of the Sunni-Israel alliance, and it will do so with the blessing of the Kingdom of Saudi Arabia whether the Saudis have formal diplomatic relations with Israel or not.

Given that Israel now finds itself in the position of defender of the region, what options will be left to Israel following the signing of this Biden Iran Deal to counter the Iranian threat? If the Israelis can continue to successfully set back Iran’s nuclear development through their sabotage and other covert activities, in theory Israel would maintain a status quo between the countries.

On the other hand, is it possible that the Israelis might find themselves cornered into a position in which they will have to conduct actual strikes on Iranian nuclear sites?

Israel’s security experts have told me that historically their expectation was that they would handle the threats at their borders (Hamas in Gaza, Hezbollah in Lebanon, Iranian presence in Syria), with an understanding that it would be the U.S. that would take the lead on any necessary strikes against the Iranian homeland. Last week, however, Senator Lindsay Graham (R – SC) stated in an interview that an Israeli attack on Iran was “probably” the only way to stop Iran from acquiring nuclear weapons, and he said that an Israeli strike on Iran, “is probably the way this movie ends.”

I have argued that at minimum the U.S. should supply Israel with the bunker-buster bombs she needs to penetrate Iran’s underground nuclear sites so that Israel has the equipment necessary, should the IDF ever make the assessment to attack.

My fifth prediction is the expectation that we will see a nuclear arms race in the region. With the Sunni states realizing that, due to the Iran Deal, the Islamic Republic of Iran is on the legal pathway to achieving nuclear weapons state status, it is only logical for them to seek achieving this same status. In fact, in a 2018 interview on 60 Minutes, MBS stated: “Saudi Arabia does not want to acquire any nuclear bomb, but without a doubt, if Iran developed a nuclear bomb, we will follow suit as soon as possible.”

In August 2020, both the Wall Street Journal (WSJ) and the New York Times reported that China was building an industrial capacity facility in KSA to produce nuclear fuel that could later be enriched to weapons-grade level. I am confident that Saudi Arabia will continue to pursue a nuclear program, which it undoubtedly perceives as a defensive measure against the Islamic Republic of Iran , and perhaps other states in the region will follow suit.

My sixth and last prediction is the weakening of the United States as a global power, and the strengthening of China as one, as a result of Biden’s Iran Deal. In addition to the cooperation between KSA and China listed above on the construction of its nuclear facilities is an expected state visit to Saudi Arabia in May by Chinese President Xi JinPing—as well as and troubling recent reports that Saudi Arabia is considering receiving payment in yuan (Chinese currency) for their sale of oil to China going forward. According to the WSJ, “The Saudi move could chip away at the supremacy of the U.S. dollar in the international financial system, which Washington has relied on for decades to print Treasury bills it uses to finance its budget deficit.” This is a serious development that should jolt the Biden Administration from its destruction of the U.S.-Saudi relationship.

The Saudis are not the only ones working closely with China. Israel just celebrated its 30th anniversary of China-Israel diplomatic relations and announced the China-Israel Innovation Cooperation Action Plan (2022-2024), as well as seven cooperation agreements in the fields of science and technology, health, culture, environmental protection, clean energy, and intellectual-property rights.

In 2021 China’s Shanghai International Port (Group) finished construction on a new port in Haifa, which it is franchised to run for 25 years.

Since 2015, China has also been host to the China-Israel Changzhou Innovation Park, which is host to 155 Israeli-owned and China-Israeli joint ventures and has facilitated 40 China-Israel scientific and technological cooperation projects. In 2019, the China-Israel Innovation Hub in Shanghai was inaugurated with 70 companies operating there. Data shows that bilateral trade in goods between China and Israel reached $20.4 billion in the first 11 months of 2021, up 28.9 percent year-on-year.

Washington’s entire argument for withdrawal from the MENA region is so that the U.S. can channel its abilities to confronting China. However, as a result of the impending Iran Deal, the Biden Administration is effectively creating a security crisis for our allies and leaving them nowhere else to turn but into China’s warm and open arms. The Biden Administration’s betrayal of our allies Israel and Saudi Arabia, and the Administration’s entry into an Iran Deal, will ultimately facilitate China’s global dominance rather than thwarting it.

Ellie Cohanim is the former U.S. Deputy Special Envoy to Monitor and Combat Antisemitism and a political and national security contributor to CBN News. You can follow her on Twitter, Facebook and Instagram at @EllieCohanim.

Your ticket for the: Six Predictions on How the Biden Iran Deal Will Impact the Middle East and Weaken U.S. Power

Six Predictions on How the Biden Iran Deal Will Impact the Middle East and Weaken U.S. Power