Weekly Devotional: Blessed Is the King 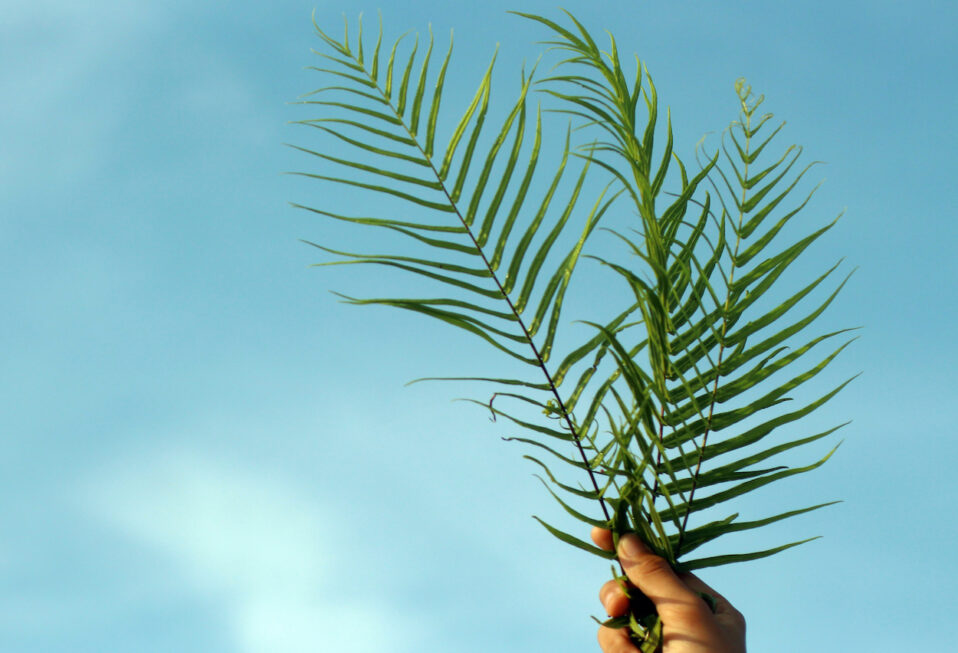 “Then, as He was now drawing near the descent of the Mount of Olives, the whole multitude of the disciples began to rejoice and praise God with a loud voice for all the mighty works they had seen, saying: ‘Blessed is the King who comes in the name of the Lord! Peace in heaven and glory in the highest!’” (Luke 19:37-38 NKJV).

Jesus came to Jerusalem riding a wave of popularity and redemptive expectations. As He ascended toward Jerusalem, Luke tells us that those traveling with Him were anticipating that the kingdom of God would appear immediately. We hear in the voices of the disciples on the road to Emmaus the redemptive hopes many had pinned on Jesus: “But we were hoping that it was He who was going to redeem Israel” (24:21 NKJV).

Their hopes were not misguided. After the resurrection, the disciples asked Jesus about the restoration of the kingdom to Israel (Acts 1:6), but Jesus did not rebuke them for failing to understand God’s redemptive plans and purposes. Rather, He affirmed their hopes but said that now is not the time. When He came to Jerusalem, the time of redemption for the nation of Israel had not yet come. Instead, God had other immediate plans for Jesus—a path of suffering, the path of the cross.

Jesus came to Jerusalem riding on a donkey, surrounded by the rejoicing of His loyal disciples. Their song of praise, “Blessed is the King who comes in the name of the Lord! Peace in heaven and glory in the highest,” echoes the angelic proclamation at Jesus’ birth, “Glory to God in the highest, and on earth peace, goodwill toward men” (Luke 2:14 NKJV). The jubilation of Jesus’ disciples during His entry into the city and the announcement of the angels both herald God’s redemption through Jesus. At His birth, it referred to the hopes carried by the newborn baby; as He rode into Jerusalem, it pertained to hopes deferred. Jesus had things to accomplish.

We do not always understand what God is doing and where He is taking us. Yet do we have the confidence to trust that He will get us there? We want to know the future, understand the signs of the times, but Jesus said, “It is not for you to know times or seasons which the Father has put in His own authority” (Acts 1:7 NKJV). Can we trust God even when the times of His plans and redemption are not fully known to us?

May we echo the jubilation of Jesus’ disciples as they entered Jerusalem, “Blessed is the King who comes in the name of the Lord! Peace in heaven and glory in the highest!”

Father, our lives are in Your hands. We trust in You. Peace in heaven, and glory in the highest heaven. Amen.

Your ticket for the: Weekly Devotional: Blessed Is the King

Weekly Devotional: Blessed Is the King