The Resilience of the Jewish Nation and People 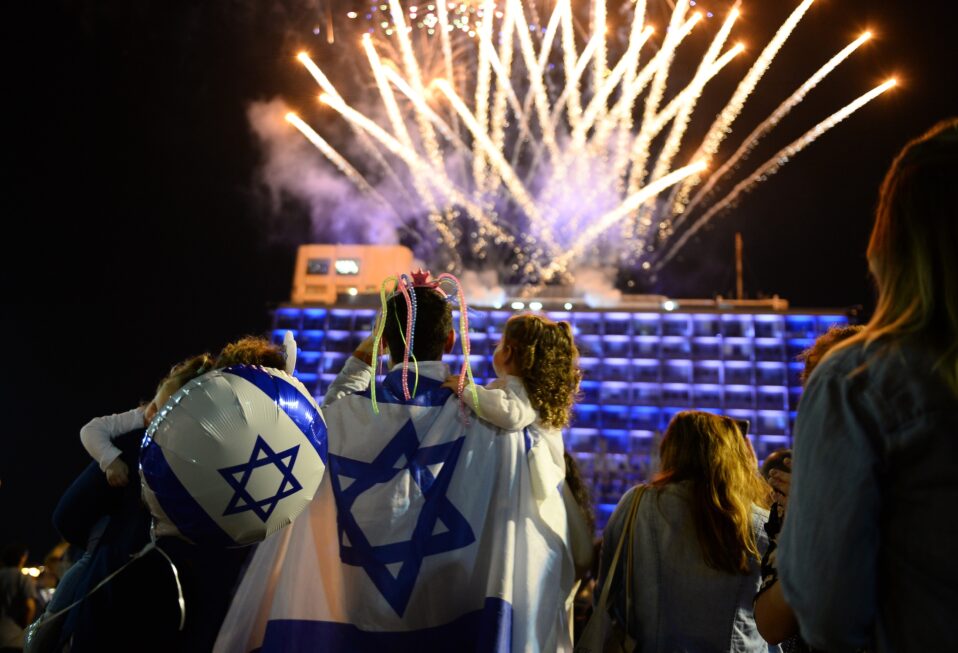 Yesterday at sundown, on Israel’s Memorial Day, the Jewish nation and people made an incredible leap from remembering their fallen soldiers and victims of terrorism to celebrating Israel’s Independence Day. This transition from a day of mourning those who gave the ultimate sacrifice for freedom to a day of jubilation over the birth of the modern State of Israel is a perfect example of the resilience of the Jewish people.

Few might recall that the anniversary of the Warsaw Ghetto Uprising is coming up on May 16. By that date in 1943, some 300,000 Jews imprisoned in the ghetto had already met their deaths after being shipped to the gas chambers. When the SS arrived on April 19 to herd the surviving inhabitants—men, women, and children—into cattle cars to transport them to their deaths, several hundred Jewish fighters resisted.

It is reported that these heroic fighters, using homemade explosives and other small weapons, managed to kill up to 300 Nazi soldiers that day. Yet they were no match for the tanks that arrived with orders from Heinrich Himmler to set fire to every block of the ghetto, where only 40,000 Jews remained. The uprising, which was the largest by Jews during World War II, ended after 28 days of valiant fighting. It failed, and all survivors were sent to the camps.

Certainly, the ability of the Jewish people to defend themselves has changed dramatically since the Warsaw Ghetto’s brave resistance and the killing of 6 million Jews during the Holocaust. Yet decades later, the Jewish nation and people still face unrelenting dangers from enemies whose sole aim is to eradicate them from the face of the earth. This is not just hatred of Israel as a country; rather, it is a deeply held hatred for Jews.

The threat against Israel and the Jewish people worldwide seems to be growing stronger and is reminiscent of the decades leading up to the Holocaust. Anti-Semitism is expanding like an aggressive, malignant cancer. Thankfully, due to the birth of the modern State of Israel, the Jewish people now have a place of refuge and are no longer defenseless—as they were in previous decades and centuries. Today, the Jewish nation is in charge of a world-class army, air force, and navy matched with the Mossad, Israeli police, and Shin Bet, Israel’s internal security service.

What has not changed is the incredible tenacity of the Jewish people—as was demonstrated by those in the Warsaw Ghetto who bravely fought for life and liberty as well as their Jewish identity, faith, and heritage. Among other culture-sustaining values, they played music, created a newspaper, and celebrated Shabbat despite having only meager food.

In an article from Yad Vashem’s archives, Yael Weinstock Mashbaum wrote about the Warsaw Ghetto: “They realized that physical sustenance would not be the sole route to survival. Such religious, cultural, and educational activities are termed ‘spiritual resistance,’ for resistance is not only the struggle against, but it is also the struggle for. In ghettos and camps, Jews struggled for humanity, for culture, for normalcy, and for life.”

This is what the Jewish people have done through the centuries during the Diaspora and until now. Today, the people of Israel do not dwell in victimhood despite the threats of war and terror that have been their daily reality—often 24/7—since the rebirth of Israel on May 14, 1948.

Yes, Israeli life is intensely challenging. It is stressful. It is complicated and sometimes chaotic. Nevertheless, every week Israeli Jews dance and pray at the Western Wall. They celebrate Shabbat, Jewish feasts and festivals, weddings, bar and bat mitzvahs, birthdays, and create innovations almost daily in the areas of medicine, agriculture, technology, and more. Happily, tourists are returning to the Holy Land. The Abraham Accords remain a source of cooperation and success, humanitarian aid teams are active in Ukraine, and Israel is welcoming thousands of Ukrainian Jews to their ancestral homeland.

All this, despite the fact that Iran’s elite military is stationed in Syria, ready to attack. Hezbollah is embedding arsenals in Lebanese civilian areas. Hamas fires rockets from Gaza into Israel and residents wonder when the next big barrage will start. The Temple Mount is a hotbed ready to ignite any moment, whether during Ramadan or not. Terrorists are ramping up murders of innocents. For almost a year, the Biden Administration has tried to resuscitate the failed 2015 Joint Comprehensive Plan of Action—the Iran nuclear agreement—with no clear end in sight.

How, then, can Israelis maintain their positivity in the face of such unbridled aggression?

Israelis are role models of “spiritual resistance,” a value and a practice we can all utilize. They have an innate ability to survive and to create beauty amid the worst circumstances. In addition, Israel now has an almost unmatched ability to “defend themselves by themselves”—as they often say—against aggression from multiple directions. I frequently remind others that the Israeli military is named the “Israel Defense Forces” because they are not warmongers. They defend their civilians and their homeland against terror attacks and wars while desperately longing for peace.

Christian support is waning in some sectors but is also intensifying in others. Millions of Christians worldwide still stand beside Israel—funding emergency bomb shelters, giving urgent relief to terror victims, caring for Holocaust survivors, investing in Israel bonds, reaching out to the U.S. Congress, and speaking out against anti-Semitism.

Yad Vashem recognizes almost 27,000 Righteous Among the Nations as “Drops of Love in an Ocean of Poison,” as Golda Meir declared 60 years ago. Christian rescuers were too few—and many died. The brilliant, beloved German theologian Dietrich Bonhoeffer was among them. The Nazis hung Bonhoeffer at Flossenburg a few weeks before liberation for his years-long opposition to Hitler and the Nazi regime.

Christians must pursue an identity of “Drops of Love in an Ocean of Poison.” Recognizing Judaism as the birthplace of our faith we must express our gratitude in action and not just because we want to “be blessed” as Genesis 12:13 tells us. Advocating for Israel is simply the right thing to do. God Himself deeded the Land to the Jewish people, as recorded in the most popular book in world history, the Bible. God’s legal contract codified and far exceeds anything anti-Israel detractors say or do. That includes the hapless United Nations, far-left members of Congress, leaders in the National Council of Churches hierarchy, and the European Union.

More than 125 years have passed since Theodore Herzl wrote Der Judenstaat (The Jewish State). Herzl, the father of political Zionism, was convinced that if the Jewish people created their own Jewish nation, anti-Semitism would dim in its hatred. He said, “I think the Jews will always have sufficient enemies, such as every nation has. But once fixed in their own land, it will no longer be possible for them to scatter all over the world.”

He was wrong, unfortunately, about anti-Semitism, which is rising at an alarming rate. Yet due to his activism, his writing, and the Zionist Congresses, Israel became a modern state on May 14, 1948. Herzl’s profound outlook underpinned his rallying cry for a Jewish state: “Zionism is a return to Judaism even before there is a return to the Jewish land.”

May our rallying cry echo God’s covenant with the Jewish people: “Therefore know that the Lord your God, He is God, the faithful God who keeps covenant and mercy for a thousand generations with those who love Him and keep His commandments” (Deuteronomy 7:9).

Your ticket for the: The Resilience of the Jewish Nation and People

The Resilience of the Jewish Nation and People