A Hard Left Turn Against Israel in the U.S. Congress 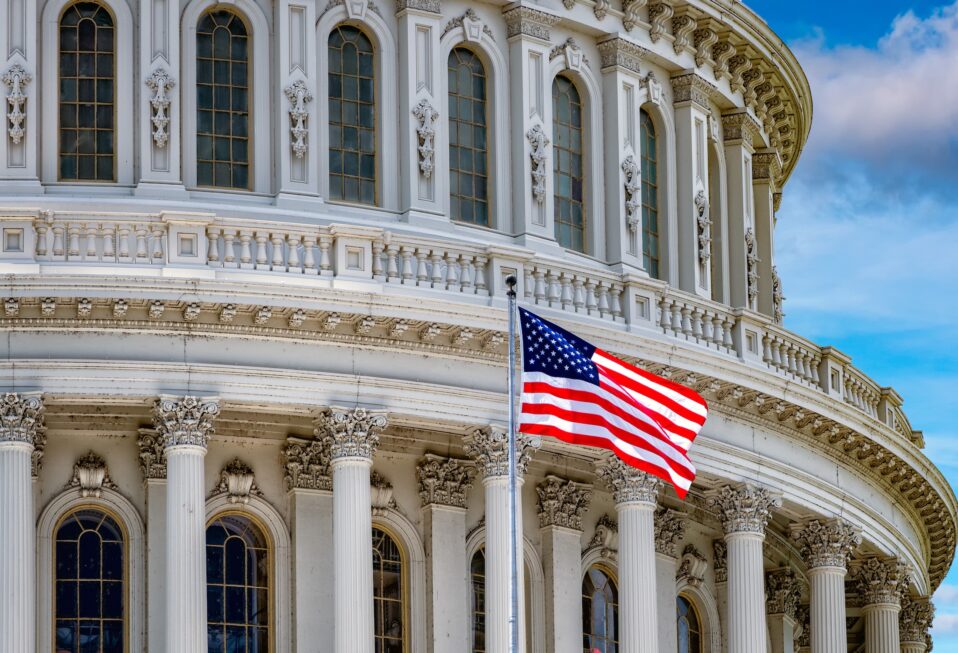 Decades of support for Israel among Democrats and Republicans in the United States Congress have created a win-win of countless advantages for both nations over the years. For example, in multilevel ventures ranging from intelligence sharing and technology to bilateral trade agreements that soar into the billions, cooperation is imperative for both nations.

Although voting records have ebbed and flowed in Congress, they remain a steady pro-Israel reality as seen with an increase in foreign aid for Israel’s security, also a bonus for the U.S. within a more dangerous world. National elections in the last few years, though, have presented more hurdles within Congress for Israel’s safety and security.

In 2018, four female Democrats won seats in the House of Representatives: Reps. Alexandria Ocasio-Cortez (NY), Ilhan Omar (MN), Ayanna Pressley (MA), and Rashida Tlaib (MI). All four freshmen women quickly made themselves famous once they were sworn in by House Speaker Nancy Pelosi the following January. They dubbed themselves the “Squad,” were reelected in 2020 for their second term in the House, and are campaigning for their third term.

The Squad is well known for their radical, progressive stance, their inflammatory opinions—often against their Democrat colleagues—and their social media stardom. Ocasio-Cortez once accused Israel of massacring Gazans, and Omar alleged that Israel “hypnotized the world” to ignore its “evil doings.”

Rashida Tlaib is the first Palestinian-American woman elected to Congress and enters with the most political experience on the Squad, having served in the Michigan legislature. Now running for her third term in Michigan’s newly drawn Congressional District 12, she is a member of the Democratic Socialists of America, a group once committed to Israel but now supports the Boycott, Divestment and Sanctions (BDS) movement.

The congresswoman’s latest demonstration of staunch anti-Israel bias is her resolution—proposed just last week—to recognize Nakba Day. Nakba (Arabic for “catastrophe”) is how Arabs who call themselves Palestinians describe Israel’s Declaration of Independence as a sovereign nation on May 14, 1948. In their eyes, the re-establishment of the Jewish homeland was a catastrophic event. The likelihood that Tlaib’s resolution will pass is not high. However, it codifies the first inflammatory salvo into a legislative pursuit.

Lest you want to dismiss politics all together, it is wise to recognize the outright propaganda taking place among a small, confrontational, and growing Democrat segment of the U.S. House of Representatives. All members of the Squad signed on to the resolution.

Tlaib leads the way in Congress with her boldly anti-Semitic opinions. The resolution, devoid of the facts, rests on a rewrite of Israeli and Arab history. It is just the latest in her consistent efforts to delegitimize Israel. She is completely in favor of the BDS movement, which is considered economic warfare against Israel.

Two outsized fabrications fill her Resolution narrative. The first accuses Israel of forcing 290,000 Arabs to leave Palestine at the beginning of the 1948 War of Independence. The facts: Five Arab armies attacked Israel, sending out orders for the Arab population to get out of the way so the military could fight and win, and then the civilians could return. A Jordanian newspaper, Ad-Difaa, later published a refugee’s statement made on September 6, 1954, which claimed that the Arab government told them: “Get out so that we can get in. So, we got out, but they did not get in.”

An expulsion did indeed take place during Israel’s War of Independence, but not the one Rep. Tlaib claimed. Arab and Muslim countries forced out about 820,000 Jews, seized their homes and businesses, and confiscated their belongings. Israel—the new, modern Jewish homeland—welcomed 586,000 refugees. In opposite fashion, when Israel’s first Prime Minister Ben-Gurion read the Declaration of Independence on May 14, 1948, it included an invitation to Arabs to stay in their homes and become equal citizens.

The entire Squad could have confirmed or changed their opinions in August 2019. In off-election years, every first-year representative of the U.S. Congress is invited on a geopolitical trip hosted by the American Israel Education Foundation (AIEF), which is affiliated with the American Israel Public Affairs Committee (AIPAC). An invitation is extended to all freshmen regardless of outlook. It is an educational trip.

Had the Squad joined the 32 other freshman Democrats in 2019, the four women’s schedules would have included briefings and meetings with both Palestinian and Israeli leaders—and thus considerable exposure to a highly diverse mixture of opinion and thought. The Squad decided not to take advantage of what would have been an excellent educational experience. Instead, they continued to maintain a brand of prejudice that keeps the anti-Israel narrative on high octane.

The 2022 elections hold some hope. The Squad is creating waves with their anti-police/anti-ICE stance and by advocating the phasing out of federal prisons. Matt Bennett, executive vice president of the Third Way and cofounder of Shield PAC, helps moderate Democrats. He calls the Squad “deeply problematic for Democrats running in competitive districts and states.”

Tlaib’s re-election campaign, for instance, is drawing some heavy hitters to halt her animosity against Israel, at least in the United States Congress. In December 2021, AIPAC finally inaugurated a political action committee that donates to Democrats, Republicans, and congressional candidates who are pro-Israel. The AIPAC PAC is supporting Detroit City Clerk Janice Winfrey, who hopes to unseat Rashida Tlaib. When the Detroit Free Press asked Winfrey about Israel, she responded, “I think we all know what terrorism looks like … and that war doesn’t benefit anyone. Of course, I support Israel.”

Campaign monies and politics are distasteful to many of us. However, when it comes to issues like standing with Israel via bipartisan legislation in the U.S. Congress, it places us in a position to promote Israel’s national security and, in turn, ours.

An AIPAC quote offers perspective: “Our goal is to make America’s friendship with Israel so robust, so certain, so broadly based, and so dependable that even the deep divisions of American politics can never imperil that relationship and the ability of the Jewish state to defend itself.”

In closing, political advocacy has spiritual precedence. Several of our biblical patriarchs and matriarchs were lobbyists. Moses appealed to Egypt’s Pharoah; Queen Esther to King Ahasuerus. Their advocacy saved their people. Daniel maintained his faith while holding a prominent position of trust in a foreign government. A day will come when Isaiah 9:6 is a reality: “And the government will be on His shoulders.”

Until that day, as believers, let us find expanded ways to interact with our government to stand with God’s chosen people and the Land He calls His own.

Join CBN Israel this week as we pray for continued bipartisan support for Israel:

Your ticket for the: A Hard Left Turn Against Israel in the U.S. Congress

A Hard Left Turn Against Israel in the U.S. Congress