Weekly Devotional: Far from the Promise 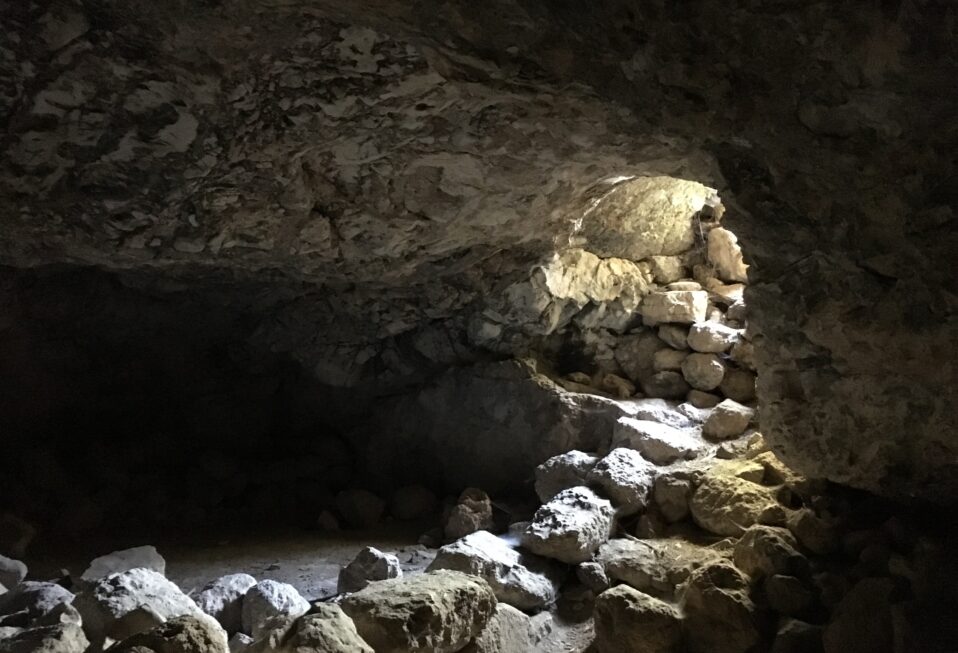 “David therefore departed from there and escaped to the cave of Adullam. So when his brothers and all his father’s house heard it, they went down there to him” (1 Samuel 22:1 NKJV).

David found himself for a period of his life having to flee from Saul. Saul pursued him wherever he went. David felt so pressed that he even had to seek refuge with Achish, the Philistine king of Gath (Goliath’s hometown). As you can imagine, the Philistines mistrusted David and did not welcome him warmly. So, David left Gath and escaped to the cave of Adullam.

Adullam sits on the border between the Philistine territory of Gath and the tribal territory of Judah (David’s tribe). It overlooks the Elah Valley where David defeated the Philistine champion, Goliath. So, David flees from Saul, unaccepted even by Saul’s enemies, and finds himself in the cave at Adullam overlooking the site of his greatest victory.

When David defeated Goliath, he found himself at the top. He defeated Goliath, saved Israel, defended the honor of God and Israel, and was taken into Saul’s court. Also, he had been secretly anointed the future king by Samuel. Things looked promising.

You have to wonder whether David thought his path from his victory in the Elah Valley to the throne was going to be a smooth, straight shot. To a certain extent, when he stood over the body of Goliath, cutting his head off with Goliath’s sword, the Philistine army fleeing with the Israelites in pursuit, he stood very close to God’s promise to him of the kingship, there in the Elah Valley.

When he found himself in the cave of Adullam, overlooking the same valley, the location of his greatest triumph, he was the furthest from God’s promise than he had ever been.

Every morning when he woke, he looked over the scene of his victory, and you wonder whether he found himself despairing of God’s promise. “Has God really said?” “Because I certainly don’t see the path from where I am today to what he promised me.” “Me, a king?” “I’m running for my life and living in a cave, hardly the house of a king.”

Have you ever found yourself in a place where you feel an overwhelming sense of despair? The vision that God gave you for your life, your future, seems like a million miles away, and God Himself seems even further away. You remember your victories, those moments when you felt triumph that God was right with you. But now all of that seems like a dream, and you find yourself in despair.

The cave of Adullam was not the end of David’s story. Nor will your times of despair be the end of your story. God is faithful. Rarely does He bring us straight from the victory field to the throne. Rather, He leads us on a winding journey where we learn to trust Him and His promises, even when He and they seem far away. God is at work; therefore, we will not despair forever.

Father, wherever we find ourselves, please lead us in Your ways and to Your promises. We choose to trust You. Amen.

Your ticket for the: Weekly Devotional: Far from the Promise

Weekly Devotional: Far from the Promise