Are Nazi-Style Tactics Swaying Our Culture Against Jews and Christians Today? 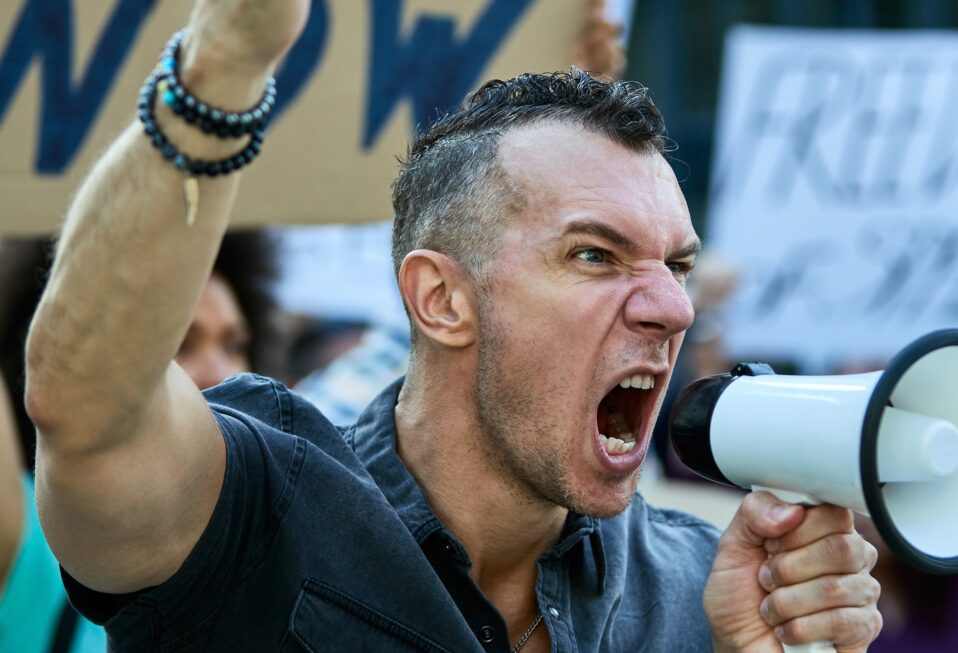 Readers may be surprised to know that Adolf Hitler’s Mein Kampf (“My Struggle”), a book first published in 1925, is still read today. From 1925 until 1945, when the book was rightly banned in Germany, it sold 12 million copies in German and was translated into numerous other languages.

With traditional cultural values collapsing around us, it is vital that we educate ourselves and prepare spiritually and practically as best we can. I urge Christians to read this article’s summary of several Nazi strategies that created a devastating culture. I am also highlighting a much newer book, published in 2020, featuring wisdom and Christian testimonies about how to live amid cultural shifts that seek to erase freedoms. Its title: Live Not by Lies.

Nazism promoted World War II’s deadly cancel culture. Hitler himself boasted that his propaganda technique was so “colossal” that no one would believe an attempt to “distort the truth so infamously.” Hitler hired Joseph Goebbels as his Reich Minister of Propaganda, who promoted and fostered Germany’s Jew-hating culture into the eventual takeover of that nation’s newspapers, radio, magazines, and films.

As we read a few of Hitler’s evil strategies, the rapidly growing popularity of the Nazi Party and resulting Holocaust make it all too clear that the gradual tactics worked:

In other words, the lies become occupiers of the mind, emotions, and soul. High-ranking Nazis and their power-hungry friends clothed themselves in normality with sophisticated culture, elegant parties, classical music concerts, and the like. However, their imitation of normalcy allowed hatred to lurk in the shadows and grow like a malignant cancer. With their minds twisted and warped by the deceptions, they came to believe the lies themselves.

After Hitler’s suicide on April 30, 1945, followed by a series of Allied victories, the world was relieved, thinking, “It is over.” But decades later it is, sadly, far from over.

Some of the Nazi strategies that powered their propaganda machine are still grinding out lies from many quarters toward the Jews and Israel. The misguided offenders include the United Nations, Iran’s leadership, most worldwide mainstream media outlets and, grievously, several mainline church denominations. The media tolerates anti-Semitism by omitting context in its unrelenting warfare of distortion.

Today’s biased outlets may not be marching in lockstep like Nazi troops in Nuremberg stadium, but they are marching through wide-open doors in media of all kinds, including the mainstream media and social media. It should be no surprise, then, that anti-Semitism is multiplying. For example, last year some 430,000 Twitter users wrote 3.5 million posts containing anti-Semitic content.

Despite flagging these offensive posts, Facebook, Twitter, Instagram, YouTube, and TikTok chose not to delete 84 percent of the depraved content. Imran Ahmed, CEO of the Center for Countering Digital Hate, observes that online there are no limits, and “people become radicalized without any boundaries.” He goes on to say that the social media giants’ failure “is a cost that’s paid in lives.”

In an unequivocal contrast to Hitler’s anti-Semitic manifesto, Live Not by Lies, written by Christian author Rod Dreher, is subtitled “A Manual for Christian Dissidents.” Amid rising anti-Semitism, the hostility toward Jewish men, women, and children has expanded into the intense persecution and denigration of Christians and people of various faiths across the globe.

Dreher’s book is timely. The United States Commission on International Religious Freedom reports that 1,546 victims of various religions are presently either detained, in prison, forced to renounce their faith, under house arrest, or have disappeared. Open Doors, in their World Watch List, estimates that more than 360 million Christians currently live in dangerous nations like Afghanistan, China, Cuba, Iran, and Nigeria.

The title of Dreher’s book comes from a saying by Russian historian and author Aleksandr Solzhenitsyn (December 11, 1918–August 3, 2008), who won the 1970 Nobel Prize in Literature. Solzhenitsyn’s troubles began when he was arrested for private letters that he had written to a friend criticizing Joseph Stalin, the Russian tyrant.

Subsequently Solzhenitsyn, an Orthodox Christian, was arrested and sent to a series of gulags. The bleak prison labor camps punished citizens for anything or nothing, and they came down harshly on dissident intellectuals like Solzhenitsyn. Upon his release, the author’s books and speeches elevated him as a famous global critic of godless communism and totalitarian governments.

His saying, “Live not by lies,” was the title of a 1974 essay Solzhenitsyn wrote to those in his homeland, when the Soviet Union exiled him before he immigrated to the United States. He wrote about ways to peaceably dissent by evading lies at all costs. It is a risky yet necessary choice for those who want to devote themselves to truth and the Lord Jesus Christ.

Our determination to lead a life not lived by lies is affirmed in 1 Peter 3:13-15: “And who will harm you if you are deeply committed to what is good? But even if you should suffer for righteousness, you are blessed. Do not fear what they fear or be disturbed, but honor the Messiah as Lord in your hearts. Always be ready to give a defense to anyone who asks you for a reason for the hope that is in you.”

What makes Dreher’s book so believable is the in-person meetings with Christians who had lived under communism. Some found refuge in the United States once the Soviet Union began crumbling (after the Berlin Wall was opened on November 9, 1989). While the book’s focus is Christian persecution from Soviet state socialism between 1945 and 1980, Germany’s Third Reich and communism are cut from the same demonic design. “Totalitarian” is another word for a centralized, dictatorial government forcing obedience to the state.

Dreher interviewed dissidents who formerly lived in the Soviet Bloc. Speaking from Baptist, Catholic, and Orthodox Christian backgrounds, they maintained their faith under communism with spiritual and physical valor. Survival rested on family, underground churches, trusted small groups, and their Bibles—if still in their possession. These were essential in their determination to live not by lies in a peaceful way.

In his travels to interview these heroic Christian role models, Dreher heard a common theme from the Americans who had immigrated here. Asking them if they thought the U.S. was shifting into some version of totalitarianism, they all said “yes,” often forcefully. To a person, what they observe in the United States is eerily akin to the communist takeover in their native countries. A professor living in the Midwest weighed in about threats to our liberty: “I was born and raised in the Soviet Union, and I’m frankly stunned by how similar some of these developments are the way Soviet propaganda operated.”

Dreher says that we are experiencing a profoundly “anti-Christian militancy.” He calls it “soft totalitarianism,” which veils the loss of freedom where we are lulled by our comforts and a prosperity that far outweighs the former Soviet Bloc’s deprivation. He suggests that we are not paying enough attention to what is happening and are ill-equipped to resist. A dissident Soviet Baptist pastor described our American lifestyles in this way: “Living within reduced expectations of worldly success, it becomes easier to stand for the truth.” An entire chapter worth close attention is “The Gift of Suffering.”

After reading my article, I hope you will read Live Not by Lies in order to become more aware, more prepared, and more encouraged by how our Lord Jesus walks with us through all circumstances we encounter—giving us strength to endure.

In 2022, whether we call it fake news, misinformation, bias, propaganda, or lies, the Nazi-style tactics are being widely employed today in a storm of slander against Israel and a growing series of policy decisions and movements in the U.S. that defy biblical values, common sense, and our cherished Constitution.

Seventy-seven years after the war ended, a downline of lies thrives again. It requires all believers to become “brilliant propagandists” for truth!

Join with CBN Israel this week to pray that truth will prevail against the lies:

As we join together in prayer, may we consider Proverbs 12:22 as an integral reminder of our spiritual duty to oppose lies and uphold the truth: “Lying lips are an abomination to the Lord, but those who deal faithfully are His delight.”

Your ticket for the: Are Nazi-Style Tactics Swaying Our Culture Against Jews and Christians Today?

Are Nazi-Style Tactics Swaying Our Culture Against Jews and Christians Today?