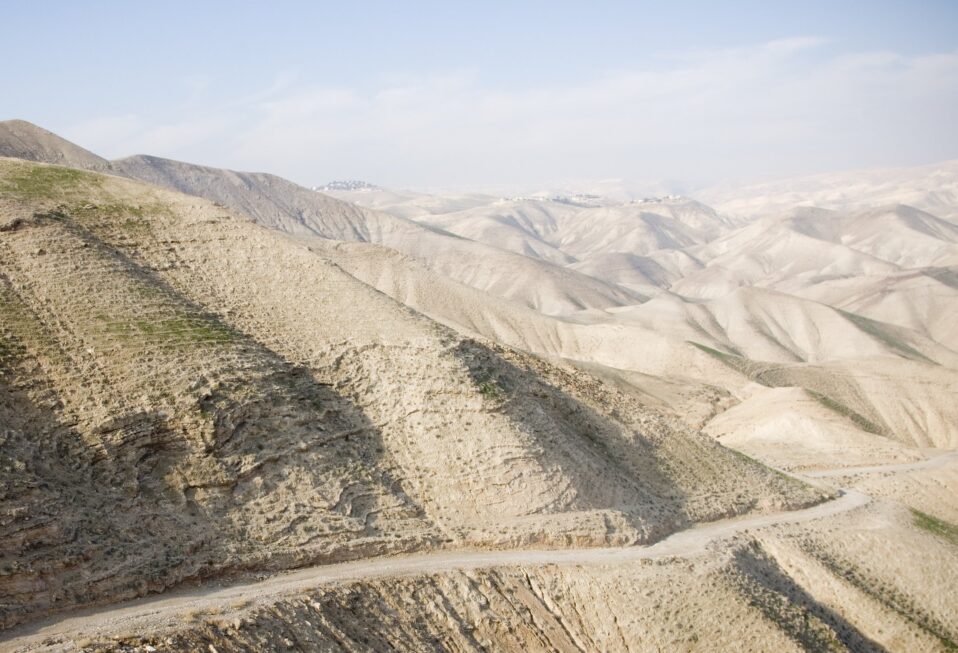 Roadways are one of the most significant aspects of biblical geography. Roads often gave significance to locations, villages, and cities. In fact, roadways influenced and dictated settlement patterns, the building and establishing of cities and villages. Controlling roadways meant control of travel, commerce, and communication. Many of the events described in the Bible happen due to their strategic locations along important roadways. This aspect of biblical geography is often missed by the casual reader of the Bible.

One of the challenges faced by Jerusalem in the period of the Old Testament was that it did not sit directly on major roadways. The principal north-south road through the central hill country laid west of the city, and deep canyons to its west and east made access from these directions very difficult. Therefore, the Central Benjamin Plateau, the tribal territory of Benjamin, was so important for Jerusalem; it provided the convergence of north-south and east-west roads. It was Jerusalem’s crossroads. If a resident of Jerusalem wanted to go to the east or west, he or she first traveled north to Benjamin where they met up with the east-west roads.

This reality continued to some extent into the New Testament period. However, with Jerusalem’s increased importance and the connection between it and Jericho, which sits about twenty-three miles to the east, a roadway was established between Jerusalem and Jericho. Over the course of these twenty-three miles, the land drops off between Jerusalem to Jericho from 2700 feet above sea level to 850 feet below sea level.

This roadway, which still lay slightly to Jerusalem’s north, followed the route of a canyon system that cuts through the hills to the east of Jerusalem heading down towards Jericho in the Jordan Valley. The main branch of this system, above Jericho, become the Wadi Qilt. At the mouth of the Qilt sat Herod the Great’s winter palace; where, according to the Jewish historian Josephus, Herod died in 4 B.C. Herod’s palace consisted of two parts that straddled the Qilt, and he diverted water from the wadi to serve his pools, bath, and palace needs.

Jesus passed by Herod’s palace (see Luke 19:11) on His journey to Jerusalem to celebrate Passover. One route Galilean pilgrims took to Jerusalem brought them down the east bank of the Jordan River; they crossed near Jericho, and then ascended to Jerusalem via the roadway that followed the Wadi Qilt. This also served for the setting of the story Jesus told about the man “going down from Jerusalem to Jericho,” who fell among thieves, and eventually a kindly Samaritan helped him (Luke 10:30-37).

Your ticket for the: Biblical Israel: Wadi Qilt