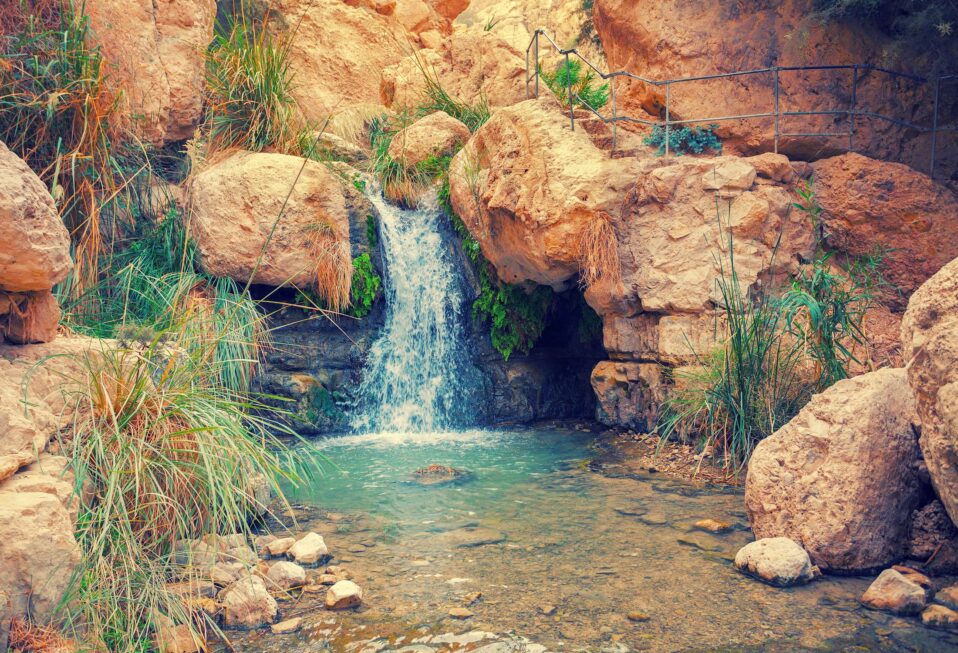 “This is the LORD’s declaration. For My people have committed a double evil: They have abandoned Me, the fountain of living water, and dug cisterns for themselves, cracked cisterns that cannot hold water” (Jeremiah 2:12-13 HCSB). God spoke to the people of Judah through the prophet Jeremiah using an image that they would understand.

Within the land of Israel, water was a necessity of life. Rains provided water, but only roughly from November to April. The rest of the year people relied upon springs, rivers, wells, and cisterns. Springs, rivers, and wells provided water coming from the earth, running water, purer water—living water. Cisterns offered merely a pit cut into the rock into which water was diverted. Cisterns simply held water.

Traveling through the land of Israel, even in its deserts, one can see the effect of water. Wherever living water flows, there is life and vegetation. Where there is not water, the dryness of the desert encroaches. This was the reality of the person living in the time of Jeremiah.

Jeremiah knew a thing or two about cisterns because his hometown, Anatoth, did not have a natural source of water. Water had to be brought to the village and gathered in cisterns. His village sat on the edge of the dry wilderness to the northeast of Jerusalem, so the prophet understood the metaphor he used.

He compared Judah’s disobedience by pursuing other gods, rejecting the God of Israel to those preferring cistern water, broken cisterns at that, to living, life-giving water. By choosing other gods, Judah forsook God, the source of living water.

The thing about substitutes is that they fail us in the end. The people of Judah poignantly understood Jeremiah’s metaphor; they caught his meaning—you have rejected life-giving water, for something that cannot hold water. Do we do the same?

Father, today, I choose to follow, obey, and pursue You, the source of life and life-giving water in my life. Bring life into the dry places of my life, for Your glory. Amen.

Your ticket for the: Weekly Devotional: What’s Your Source?